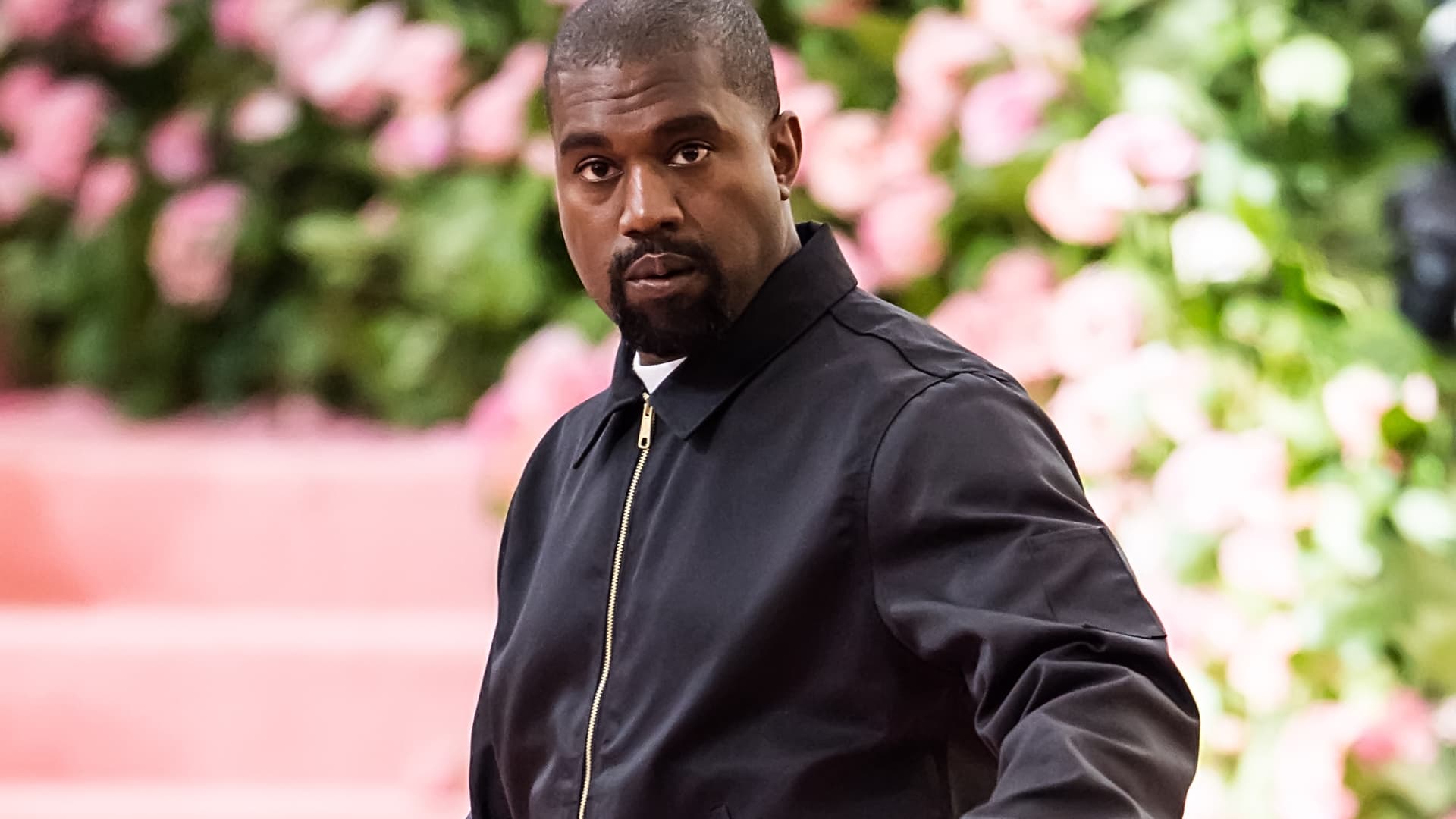 Conspiracy theorist Alex Jones has been banned across social media, but this week he still found a megaphone.

Ye — the megastar formerly known as Kanye West — joined Jones’ far-right conspiracy theory outlet Thursday for an interview in which he announced his “love” for Adolf Hitler and Nazis. The unbridled antisemitism immediately captured the attention of the internet. While the content was overwhelmingly denounced, the interview — and the antisemitism expressed in it — still reached millions of people, thanks to reposted clips of the interview on mainstream social media platforms.

Now with clips of the interview being uploaded to YouTube, Google told NBC News in a statement that it is working to remove reuploads if the antisemitism in the interview isn’t denounced in the video via added commentary. Other platforms like Twitter have yet to explicitly address that type of spread.

Jones now hosts his content on his own video platform called Banned, where broadcasts typically get anywhere from about 10,000 views to slightly more than 1 million views.

But Ye’s interview had more than 3.1 million views as of publication. It was already Jones’ most-viewed video on his platform.

On other platforms, clips of the interview got millions more.

“Social media platforms reward the most contentious content, because people who oppose it engage with it to express their disgust, their anger, to say it’s wrong, and in doing so, platforms elevate that and give it an algorithmic boost,” Imran Ahmed, CEO of the Center for Countering Digital Hate, said.

The backlash to Ye’s comments was swift and unprecedented, with major conservative figures who had aligned with Ye days or even hours before the interview moving to denounce him.

Late Thursday night, Ye tweeted screenshots of text messages purportedly between him and Elon Musk that showed Musk saying, “Sorry, but you have gone too far. This is not love,” immediately attracting attention to Ye’s account and his interview that day.

Twitter suspended Ye later that night after Ye tweeted an image that contained a swastika.

Despite the suspension, some reposts of the interview to Twitter have received more than 3 million views.

Anti-hate groups and corporate advertisers have for years urged social media platforms to be vigilant about stopping the spread of online hate, arguing that sites such as Facebook, Twitter and YouTube weren’t doing enough to enforce their own rules.

“Someone saying something is disgusting and then retweeting the entire video, that does nothing besides express disgust, but it actually then amplifies it to a lot of people,” Ahmed said.

“There is an effect where it draws people back to the Infowars platform, because they want to know where it’s coming from. It starts to normalize the notion that this sort of content is out there,” Ahmed said.

Some YouTube users were uploading full copies of the interview Friday, according to an NBC News search of the platform. And while full, unedited copies had only a few hundred views, right-wing commentators posted long clips from the interview mixing Ye’s antisemitic comments with their own reaction. One of those videos from a right-wing commentator had 307,000 views, giving Ye’s comments such as “I love Hitler” a large audience with little scrutiny.

“This is one of the biggest problems in responding to online hate,” said Bond Benton, an associate professor of communication at Montclair State University. “There is a certain segment of people who will see it and say, ‘My hateful views have now been normalized.’ And they will be that much more comfortable expressing them individually and acting on them.”

The top search hits for Ye-related terms on YouTube were mostly videos from established news organizations giving context to the videos, but some commentators said they were torn about how much to discuss it.

“The easy thing to do is to ignore it and not to talk about it, but I’ve got to talk about it because this is crazy,” said Greg Foreman, a conservative YouTuber in a 15-minute video with more than 80,000 views. He showed clips of Ye praising Hitler, and Foreman speculated that his channel might get a “strike” from YouTube as a result.

“The Alex Jones Channel was terminated from YouTube in 2018, and in accordance with our circumvention policies, we’re removing third-party reuploads of his recent interview featuring Kanye West,” Jack Malon, a YouTube spokesperson, said in an email.

“We may allow some of this content to remain on the platform, but only in cases where there is condemnation of the hateful views that would otherwise violate our Community Guidelines,” he said.

On Facebook, some users uploaded short clips from the interview, often within the context of a news program but not always, according to an NBC News search. But the clips without context appeared to have very few views. One seven-minute video in which Ye makes antisemitic comments had only 48 views.

Meta, the parent company of Facebook and Instagram, said it was following its established policy on “dangerous individuals and organizations.” Under that policy, Meta says it will “remove content that praises, substantively supports or represents ideologies that promote hate, such as nazism and white supremacy.”

The top post on Reddit on Thursday was a repost from the interview. Two other posts in the top 20 Reddit posts that day were also reposts, and both videos contained the Infowars logo. The videos contained the specific segments of the interview when Ye praised Hitler and Nazis, portraying them in a shocking and negative light. Responding to NBC News, Reddit pointed to its content policies, which include banning content and communities that attack marginalized and vulnerable people and groups.

The largest social media platform where Ye still has a presence appears to be TikTok. His verified account there has 1.9 million followers, though as of Friday afternoon, his most recent TikTok video was from Oct. 13.

One short clip of Ye’s interview without context had 82,700 views, and although searches on TikTok for Hitler’s name returned zero results, the person who posted the clip had used a slight variation of the name. The clip had more than 300 comments, including some from people who sided with Ye.

TikTok did not immediately respond to a request for comment and for additional information on its enforcement.

“There is a devastating consequence to the normalization of antisemitism,” Ahmed said. “No one needs to be reminded of what that can lead to.”

What Types of Bonds Deliver the Best Returns?