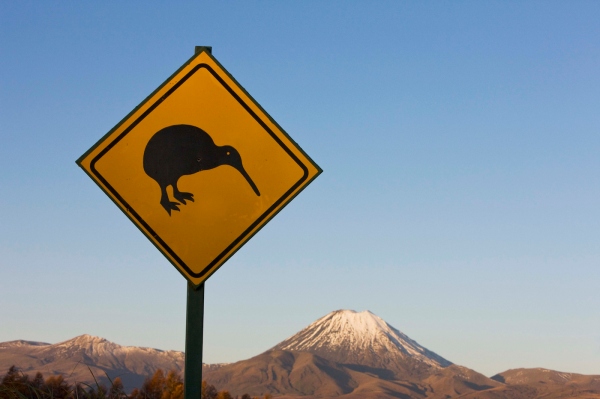 New Zealand, a country of 5 million people in the South Pacific, has witnessed a shifting tech startup landscape over the last couple of years. While some major global companies like Xero, Rocket Lab, LanzaTech and Seequent have shined a spotlight on New Zealand’s startup scene, the country historically hasn’t had access to much venture capital.

As a country with an economy that primarily exports agricultural products, the New Zealand startup world has usually relied on funding from a community of high-net-worth individuals and family offices who probably made their millions through real estate or farming.

In March last year, the New Zealand government launched Elevate, an NZD $300 million fund of funds program that’s been providing millions to local VCs to invest into the startup community to fill the early-stage capital gap. At the same time, foreign investors have been flooding onto the scene, attracted to the small country that has a reputation for producing great companies. Founders and VCs in New Zealand are hopeful that the increase in funding from multiple sources is a signal that technology might just become the country’s next big industry.

That is, if the momentum that has led to more early-stage capital continues.

We spoke to two founders (Peter Beck of Rocket Lab and Cecilia Robinson of Au Pair Link, My Food Bag and Tend) as well as two investors (Phoebe Harrop, principal at Blackbird Ventures, and Robbie Paul, CEO of Icehouse Ventures) to nail down the top tips for New Zealand founders looking to put their mark on the markets. Here’s what we learned.

Think big and back yourself

New Zealanders typically tend to have an introspective view, failing to think big and globally from day one, Beck said. This is in part due to the fact that Kiwis grow up in a culture that suffers from “tall poppy syndrome,” a phenomenon where people who have achieved any measure of success are derided, cut down or sabotaged. As a result, not many people want to be a tall poppy.

“If you’re going to build a company, it’s incredibly painful, it takes a lot of work,” Beck told TechCrunch. “Why would you waste your time building a little company? Let’s build a big company. So go after big problems.”

In order to psych yourself up to tackle those big problems, don’t be too humble. New Zealand consistently punches above its weight and produces world-class entrepreneurs and tech startups, Paul said.

“Back yourself and know you can win on a global stage,” Paul told TechCrunch. “While starting on a rock at the bottom of the world comes with challenges, there are plenty of advantages, too.”

Don’t get starry-eyed over a big check

“Remember that the least valuable thing an investor ever gives you is their money,” said Beck. “As you think about building your business, how and where you want to go, make sure you utilize investors to help you get there. People get starry-eyed by the check and don’t really sit back and go, ‘Well, is this person actually strategic to me or not?’”

When Beck was building Rocket Lab, he was highly selective about the investors he brought in, saying the differentiating factor between investors is not their capital, but rather who they can call. For example, Khosla Ventures participated in Rocket Lab’s Series A round, which Beck said opened the door to another big VC, Bessemer, to invest, in a Series B. DCVC led the Series C, but by the time Rocket Lab got around to its Series D, Bessemer was paving the way to Greenspring, which is a limited partner (LP) of Bessemer. Sovereign wealth funds, where the real big checks come from, participated in the company’s E round, and they were LPs of Greenspring.

“So as your company continues to grow, there are larger and larger pools of capital that you can then go and attract, and if all you’ve got is John from Pakuranga, John doesn’t have the phone number and credibility to sovereign wealth funds,” said Beck. “It’s all about setting up the company so that when you want to do a bigger round, you can go and tap that venture capitalist’s LPs and then it can tap that LP’s LPs and ultimately end up in sovereign wealth funds or others that can write a $100 million check no problems at all. It’s a smooth path there, and where it’s tricky is when there’s no path or the path is truncated, and the challenge with New Zealand is even though there are some better quality venture capital firms in New Zealand, where are their relationships with LPs?”

Self-Care Things That We Tried And Loved In 2021