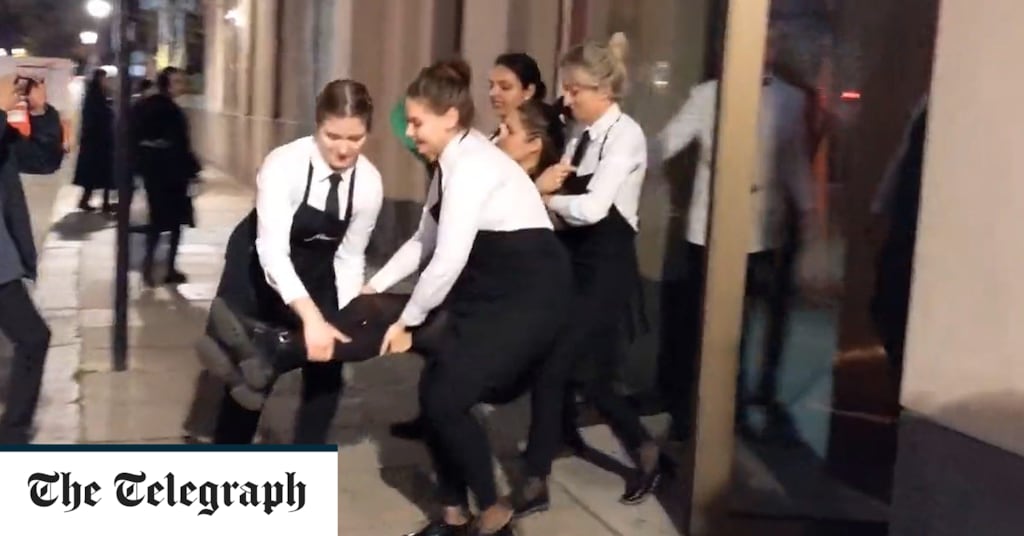 The Animal Rebellion group, an offshoot of Extinction Rebellion, said eight people entered the Nusr-Et steakhouse in the upmarket central London district at about 6pm and sat at tables which were already reserved.

Salt Bae, whose real name is Nusret Gokce and who shared a picture of himself at the World Cup on Friday, became a viral internet hit for his technique of sprinkling salt on to his dishes.

The protest group said in a press release it is calling for “a plant-based food system and mass rewilding”.

Student Ben Thomas, 20, said: “Restaurants like these are symbolic of a broken system.

“Whilst two million people are relying on food banks in the UK right now, influencer chefs are selling gold-plated steaks for more than £1,000.

“Steaks, and other red meats, that we know carry the highest environmental impacts.”

Ex-Twitter Executive: Elon Musk Is Putting Us ‘In Harm’s Way’ By Showing How We Censored Content

Nick Fuentes, 24, throws his drink at a couple after getting into a dispute at an In-N-Out