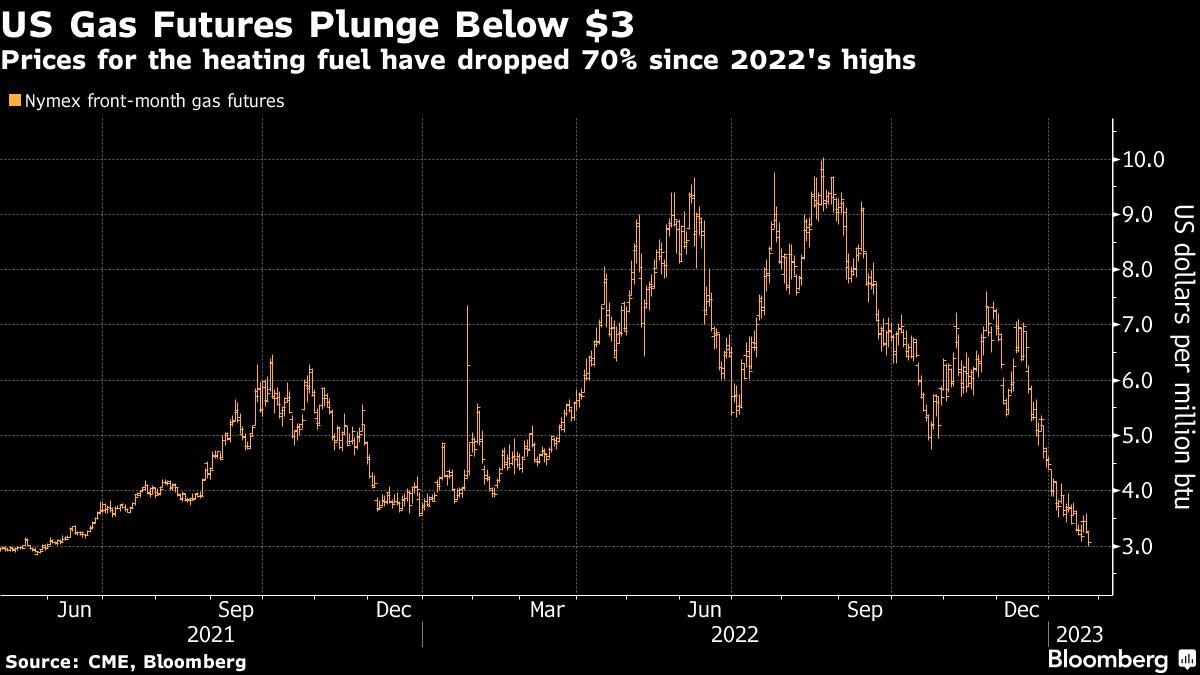 Gas for February delivery traded as low as $2.919 per million British thermal units early on Thursday on the New York Mercantile Exchange. Prices are at the lowest levels since May 2021 after dipping below $3 on Wednesday.

Doomsday fears that suppliers wouldn’t be able to meet wintertime demand have been erased by a confluence of factors, leading gas prices to plunge after hitting a 14-year high of $10.03 in August.

Key reasons for the fall:

Natural gas had been one of the most bullish commodity stories in recent years. Prices hit the August high amid a global supply crunch that was aggravated last year by Russia’s invasion of Ukraine.

But hedge funds have turned the most bearish on US gas prices in almost three years, according to data released by the US Commodity Futures Trading Commission on Friday.

–With assistance from Ann Koh and Stephen Stapczynski.

Jittery Investors Turn to Cash in Hunt for Yield