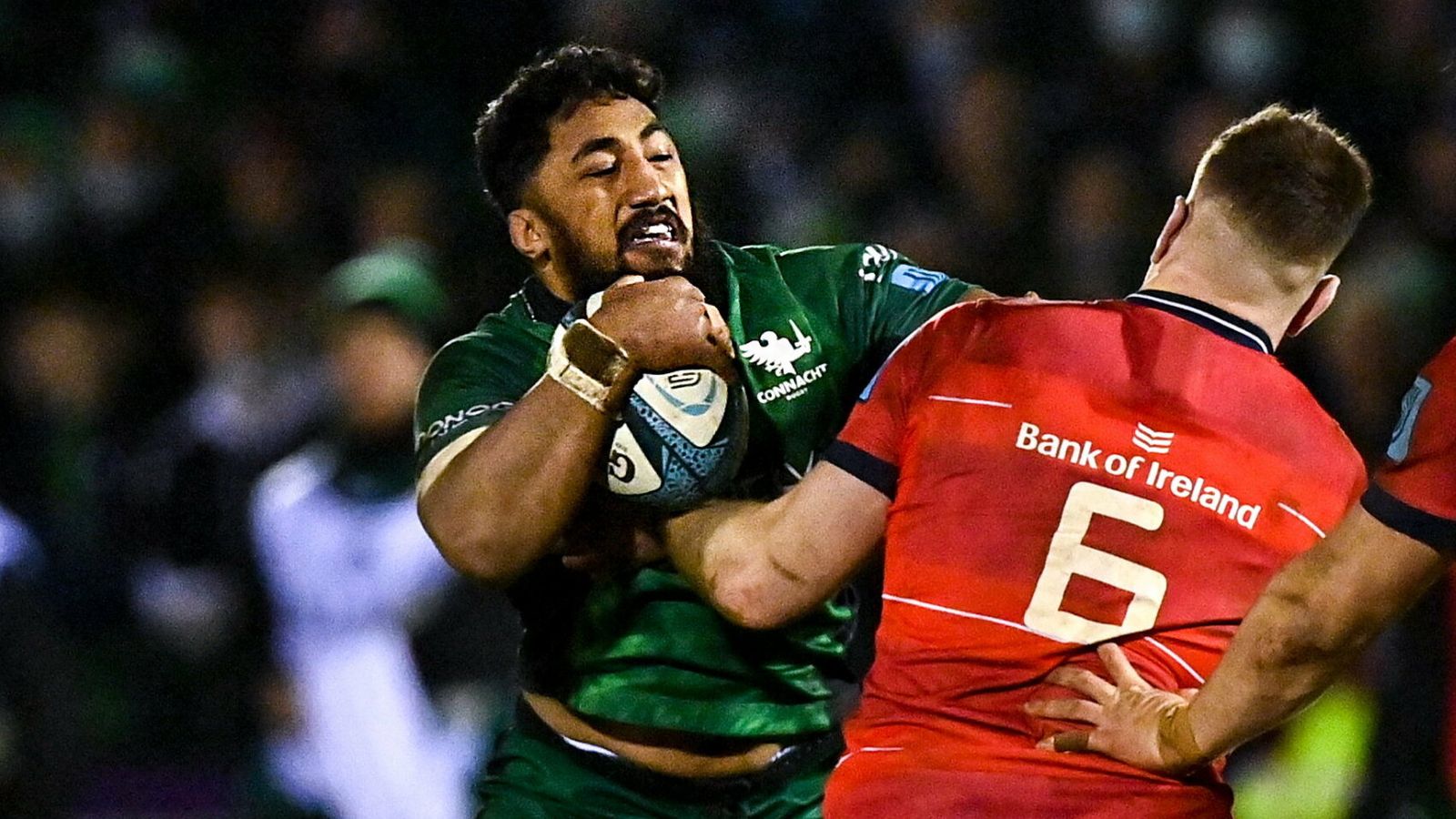 Bundee Aki’s first try of the season helped Connacht to only their second win over Munster in 10 games; Johnny McNicholl’s double earned victory for Scarlets over Ospreys

Bundee Aki’s first try of the season saw Connacht win an ill-tempered URC contest as they edged out Munster at the Sportsground.

It was Munster’s first URC outing since October and some jostling at the break saw referee Chris Busby show yellow cards to Shane Delahunt and Ben Healy.

Chris Farrell’s yellow for a dangerous 56th-minute tackle on Connacht replacement Tom Farrell could easily have been a red too.

Connacht bottled up that frustration to drive Aki over on the hour mark, with replacement Conor Fitzgerald’s crucial conversion earning only their second win in 10 games against Munster.

Johnny McNicholl scored two tries in the final quarter to earn a victory for the Scarlets over the Ospreys in a hard-fought Welsh derby played behind closed doors in Llanelli.

Because of Covid-related postponements, it was the Scarlets’ first appearance on the field since October 22 and their resolve was rewarded with a match-winning try from McNicholl three minutes from time.

Rhys Webb touched down twice for the Ospreys either side of a Luke Morgan try, while Josh Thomas kicked two conversions.

However, the Scarlets suffered an injury blow when flanker Josh Macleod was forced to leave the field in what was his first game since rupturing his Achilles back in February.