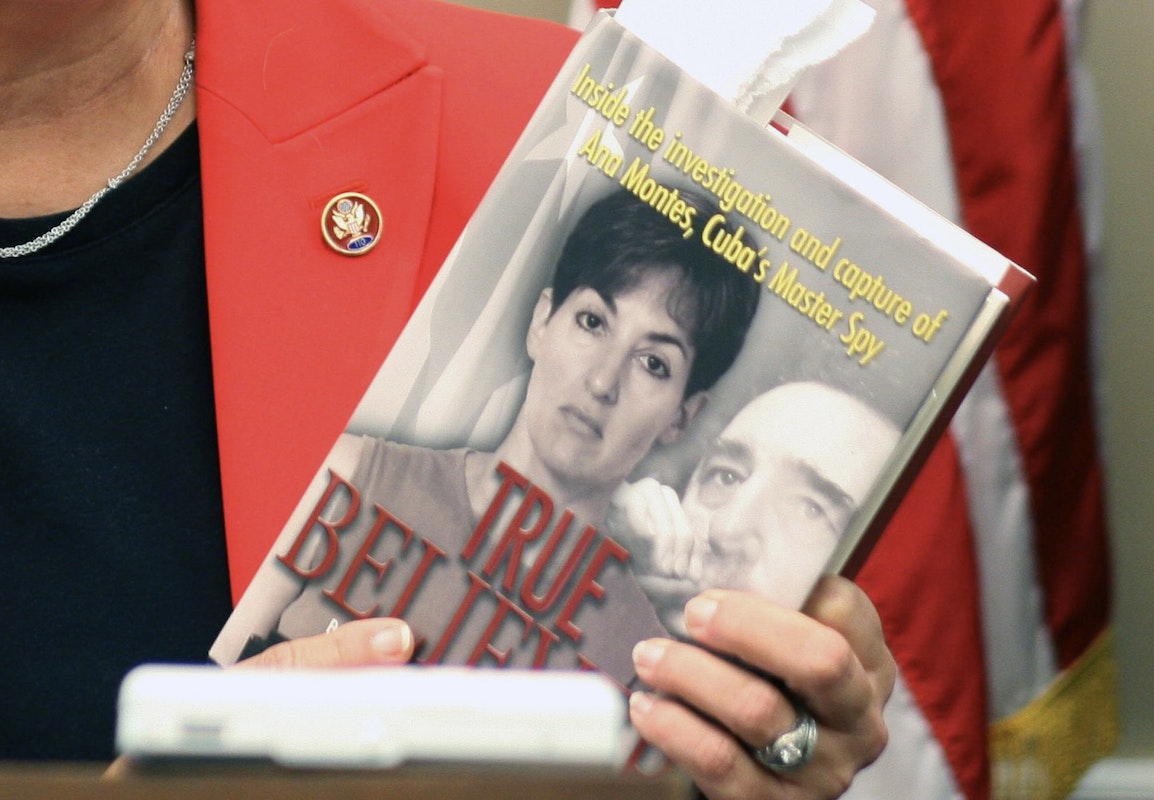 The U.S. Bureau of Prisons confirmed to Reuters that officials released a high-ranking federal official from prison Friday after serving over two decades for leaking information and identities of some American spies to Cuba.

Ana Belen Montes, 65, a former Defense Intelligence Agency (DIA) analyst, pled guilty in 2002 to conspiracy to commit espionage and was sentenced Montes to 25 years in prison after prosecutors accused Montes of using her status to leak classified information and four U.S. spy identities to Havana.

According to Reuters, Ricardo Urbina, the sentencing judge, ruled Montes had put U.S. citizens and the “nation as a whole” at risk.

Urbino noted on her release from prison that Montes should be placed under supervision for five years, monitored Internet access, and banned from working with governments and contacting foreign agents without permission.

The Associated Press reported that Montes was released from a federal prison in Fort Worth, Texas.

Montes said at the time of her sentencing that she had obeyed her conscience, believing U.S. policy toward Cuba was cruel and unfair.

“I felt morally obligated to help the island defend itself from our efforts to impose our values and our political system on it,” she said, according to Reuters.

“That was the most damaging non-human intelligence she provided to the Cubans and likely to other adversaries,” Lapp told The Miami Herald. “And I found it.”

Lapp and journalist Kelly Kennedy co-authored the forthcoming book “Queen of Cuba: The Inside Story on How the Perfect Spy Evaded Detection for 17 Years. ”

He said he believes Montes spied for Cuba out of deep anti-Americanism, considering the information she leaked to foreign officials did not necessarily help protect Cuba instead it helped former Cuban revolutionary president Fidel Castro gain insider knowledge to trade with other U.S. enemies for his advantage.

“She is anti-American; she hates our country,” he said. “Cuba was just the conduit of that hate.”

Montes, a U.S. citizen of Puerto Rican descent, began working as an analyst for the DIA in 1985, where she became the agency’s top Cuba analyst.

Author Jim Popkin, who wrote about Montes in his book “Code Name Blue Wren: The True Story of America’s Most Dangerous Female Spy―and the Sister She Betrayed,” told ABC News that his family believes she would move to Puerto Rico.

“She served her time and [is] free,” Popkin, who spoke with her family, said. “She’ll have the opportunity to rebuild her life,” adding a large community in Puerto Rico consider Montes “a hero and, in some cases, a martyr.”

DeSantis is GOP’s early front-runner. That could be a problem