Raycast Is the Launcher App Apple Wishes It Made

Startups, here's how you can make hardware without ruining the planet • TechCrunch

India is blocking over 230 betting and loan apps, many with ties to China • TechCrunch

Dear founders, returning to the office is a numbers game • TechCrunch

China’s XPeng G9 Could Be the Best Electric SUV Around 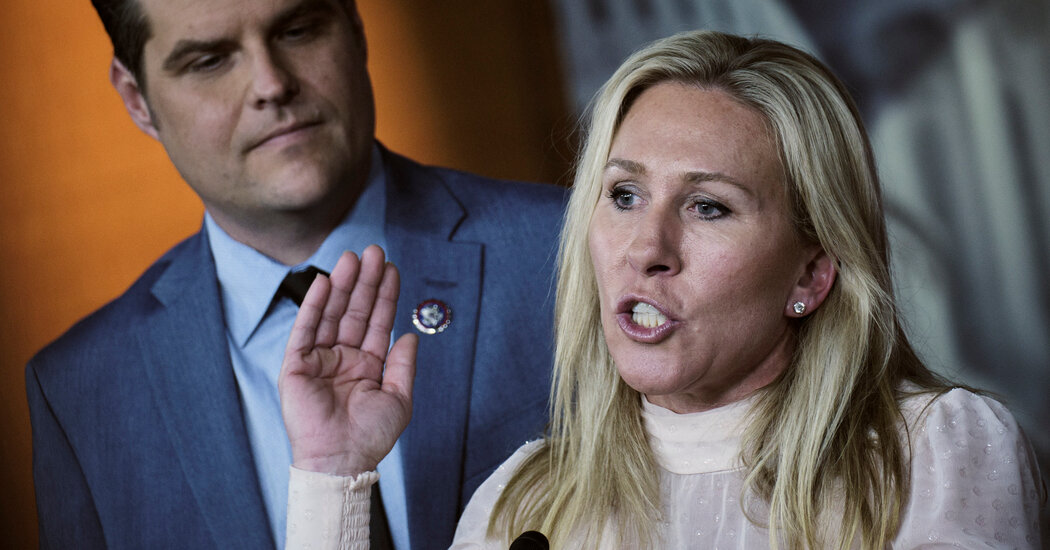 Twitter on Sunday permanently suspended the personal account of Representative Marjorie Taylor Greene, a Republican of Georgia, after the company said she had violated its Covid-19 misinformation policies.

Twitter suspended Ms. Greene’s account after she tweeted on Saturday, falsely, about “extremely high amounts of Covid vaccine deaths.” She included a misleading chart that pulled information from a government database of unverified raw data called the Vaccine Adverse Event Reporting System, or VAERS, a decades-old system that relies on self-reported cases from patients and health care providers.

Twitter said that Ms. Greene had a fifth “strike,” which meant that her account will not be restored. The company had issued her a fourth strike in August after she falsely posted that the vaccines were “failing.” Ms. Greene was given a third strike less than a month before that when she had tweeted that Covid-19 was not dangerous for people unless they were obese or over age 65, and said vaccines should not be required.

Ms. Greene’s official Congressional account, @RepMTG, remains active because tweets from that account did not violate the service’s rules.

“We’ve been clear that, per our strike system for this policy, we will permanently suspend accounts for repeated violations of the policy,” Katie Rosborough, a Twitter spokeswoman, said in a statement. The company allows accounts to submit an appeal and will potentially reverse the suspension if the violating post is proven to be factual.

On the alternative social messaging platform Telegram, Ms. Greene said that Twitter “is an enemy to America and can’t handle the truth.”

Her suspension comes as coronavirus cases have surged again in the United States from the highly infectious Omicron variant. New York State recorded over 85,000 new coronavirus cases on the last day of 2021, the highest one-day total in the state since the pandemic began, officials announced on Saturday.

Twitter has long banned users from sharing misinformation that could lead to harm. In rare cases, the company has permanently banned high-profile accounts, including the account of former President Donald J. Trump, over a risk of “further incitement of violence” after a mob of Trump loyalists stormed the U.S. Capitol last Jan. 6.

There is currently no evidence of widespread major side effects from the coronavirus vaccines. Last month, the Centers for Disease Control and Prevention said Johnson & Johnson’s vaccine could trigger a rare blood clotting disorder now linked to dozens of cases and at least nine deaths in the United States in the past year. The agency recommended using other approved vaccines instead.

The VAERS database, which is managed by the Food and Drug Administration and the C.D.C., has been cited in many coronavirus falsehoods to push the idea that side effects from the Covid-19 vaccines have been underreported.

In March, Twitter introduced a policy that explained the penalties for sharing lies about the virus and vaccines. People who violate that policy are subject to escalating punishments known as strikes and could face a permanent ban if they repeatedly share misinformation about the virus.

Ms. Greene won the election for Georgia’s 14th Congressional District in August, after rising to prominence by posting unabashed support for President Trump and for QAnon, a movement tied to the baseless conspiracy theory that a group of global liberal elites run a child sex ring that Mr. Trump would stop.

Ms. Greene repeatedly posted the QAnon slogan on Facebook and Twitter and had previously called “Q” — the anonymous online account that set off the QAnon conspiracy movement — a “patriot” who was “worth listening to.” Last year, Ms. Greene heavily promoted the false claim that the 2020 presidential election was stolen from Mr. Trump, tweeting in January that there was “MASS voter fraud on a scale that should terrify every American regardless of political party.”

Canceled flights. With Covid surge, has come thousands of flight cancellations, as airlines are unable to adequately staff their flights. Looking for relief, the airline industry pushed the CDC to shorten its recommended isolation period for Americans infected with Covid-19. On Monday, it reduced the recommended quarantine period to five days for those without symptoms.

Around the world. South Africa announced that its Omicron wave had passed without a large spike in deaths. Case counts in the country are down 30 percent in the last week. The announcement offered cautious hope to other countries grappling with the fast-spreading variant.

But it was Ms. Greene’s false proclamations about the coronavirus, including opposing vaccines and masks as tools to curb the pandemic, that finally got her suspended from Twitter. In July, Ms. Greene argued that Covid-19 was not dangerous for people unless they were obese or over age 65, and said vaccines should not be required.

In August, Ms. Greene said on Twitter, “The F.D.A. should not approve the covid vaccines.” She said that there were too many reports of infection and the spread of the coronavirus among vaccinated people, and that the vaccines were “failing” and “do not reduce the spread of the virus & neither do masks.”

The Centers for Disease Control and Prevention’s current guidance states, “Covid-19 vaccines are effective against severe disease and death.”

Imran Ahmed, the chief executive of the Center for Countering Digital Hate, which published research on the dozen most prominent social media influencers spreading misinformation about vaccines, said it suited Ms. Greene to portray her suspension as part of a pattern of moves by Twitter to censor conservatives.

“In fact, it is for the banal reason that she’s a superspreader of lies” that Ms. Greene was suspended, Mr. Ahmed said.

He also criticized Twitter for not doing more to be consistent in its suspensions of high-profile users who post misinformation. “While the suspension of Representative Greene’s account for propagating deadly disinformation appears to be a valid enforcement of stated rules, it is the piecemeal enforcement that lends itself to being perceived as political,” Mr. Ahmed said.