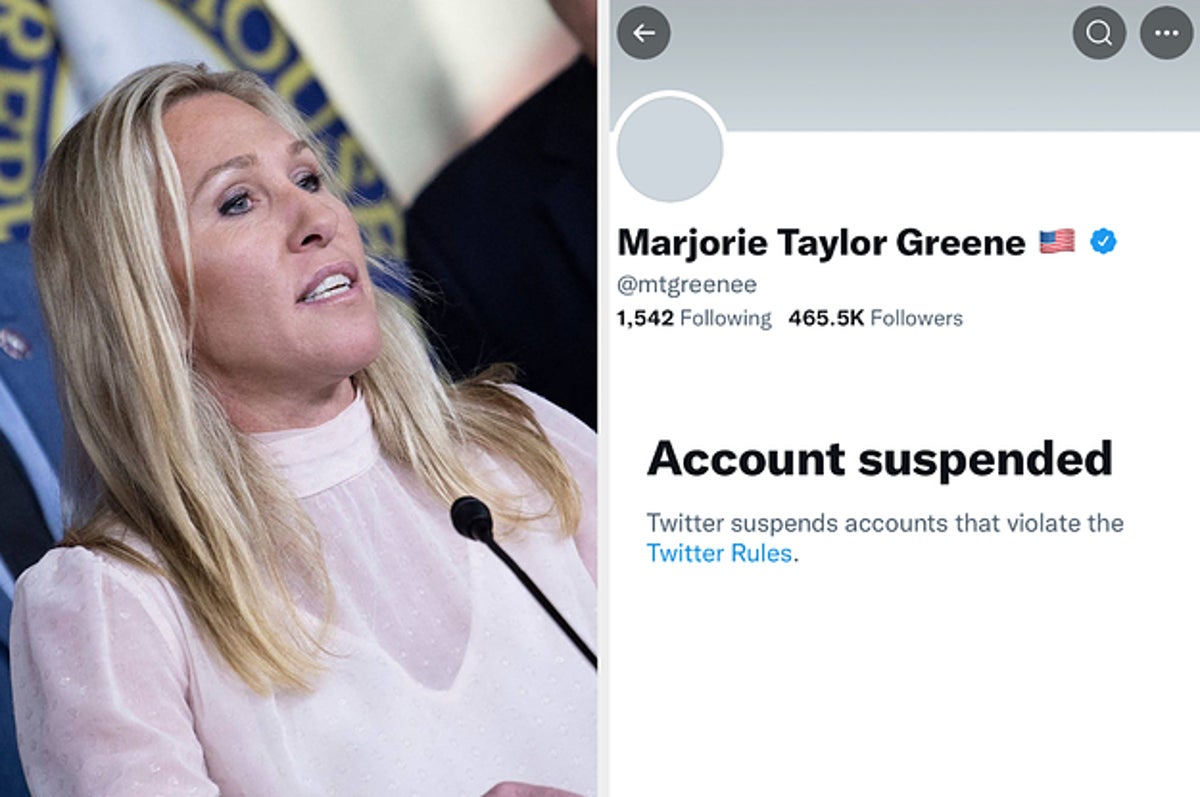 Twitter permanently blocked the personal account of Rep. Marjorie Taylor Greene on Sunday for her repeated violations of the website’s policies on COVID-19 misinformation.

“We’ve been clear that, per our strike system for this policy, we will permanently suspend accounts for repeated violations of the policy,” a Twitter spokesperson said in a statement to BuzzFeed News.

The suspension was prompted by a tweet Greene authored on New Year’s Day in which she called COVID vaccines “dangerous” and falsely said that “extremely high amounts of covid vaccine deaths are ignored.”

It was her fifth such violation of the misinformation policy. Under Twitter’s rules, her previous violations caused her to lose access to the account for between 12 hours and seven days.

Her previous false tweets falsely said, among other things, that the vaccines were “failing” and that COVID was only dangerous to people who are obese or over 65.

Greene’s account had more than 465,000 followers at the time of its suspension.

But that account, which has more than 387,000 followers, could be banned if Greene uses it to violate Twitter’s rules.

It is customary for US lawmakers to maintain separate accounts on social media as they are prohibited from fundraising and other campaign activities on their official government channels.

In a defiant message posted on Telegram after her suspension, Greene said, “Twitter is an enemy to America and can’t handle the truth.”

Former president Donald Trump was banned from the platform almost a year ago following the Jan. 6 Capitol insurrection “due to the risk of further incitement of violence.”

Greene, who has supported Qanon and trafficked in nonsensical and racist conspiracies, has been one of the loudest voices in her party spreading misinformation during the pandemic.

But she is not alone among the GOP.

On Friday, Republicans on the House Judiciary Committee deleted a tweet from their official account that falsely said booster shots don’t work.

According to scientists and medical authorities, COVID vaccines are safe and effective at preventing serious illness, even against more contagious variants, such as Omicron and Delta.

The vaccines have been rigorously tested and are now under the most intense safety monitoring in US history, according to the CDC.

More than 4.5 billion people around the world have received a dose.