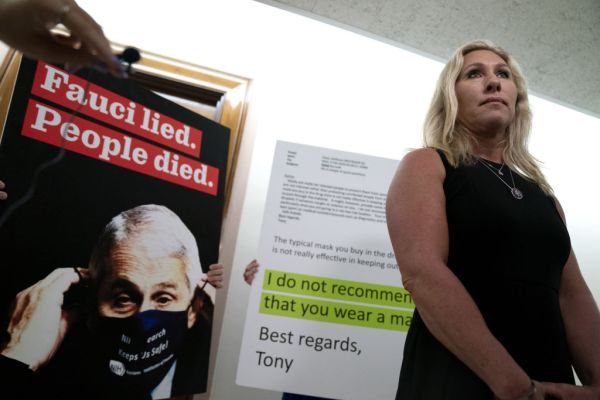 Rep. Greene has been prolific in the posting of articles and statistics supposedly pertaining to the pandemic but often are misleading or flat-out wrong. This is one of the topics on which Twitter has drawn a line in the sand, as misinformation on the virus, how it spreads, the efficacy of the vaccines, etc has a serious effect on public health.

Twitter’s COVID-19 policy is outlined here; in a statement, the company said “We’ve been clear that, per our strike system for this policy, we will permanently suspend accounts for repeated violations of the policy.”

The permanent ban comes after several shorter account locks and warnings, which occurred and were reported on throughout 2021. Greene complained then of violations of her “freedom of speech,” despite Twitter being a privately owned and operated platform with clearly stated rules, and made a final complaint in a statement this morning: “Twitter is an enemy to America and can’t handle the truth. That’s fine, I’ll show America we don’t need them and it’s time to defeat our enemies.”

It’s unclear whether this statement means that she will discontinue her own use of this “enemy” platform she claims not to need. Her official U.S. Representative account remains online, though it has not been used in a week. I’ve asked Twitter whether this account too has been put in jeopardy by her violations, and will update this post if I hear back.

Twitter regularly issues bans to fringe figures who have violated rules on inciting violence, publishing false or private information, or spreading false information regarding the pandemic.

This story is developing, check back later for updates.