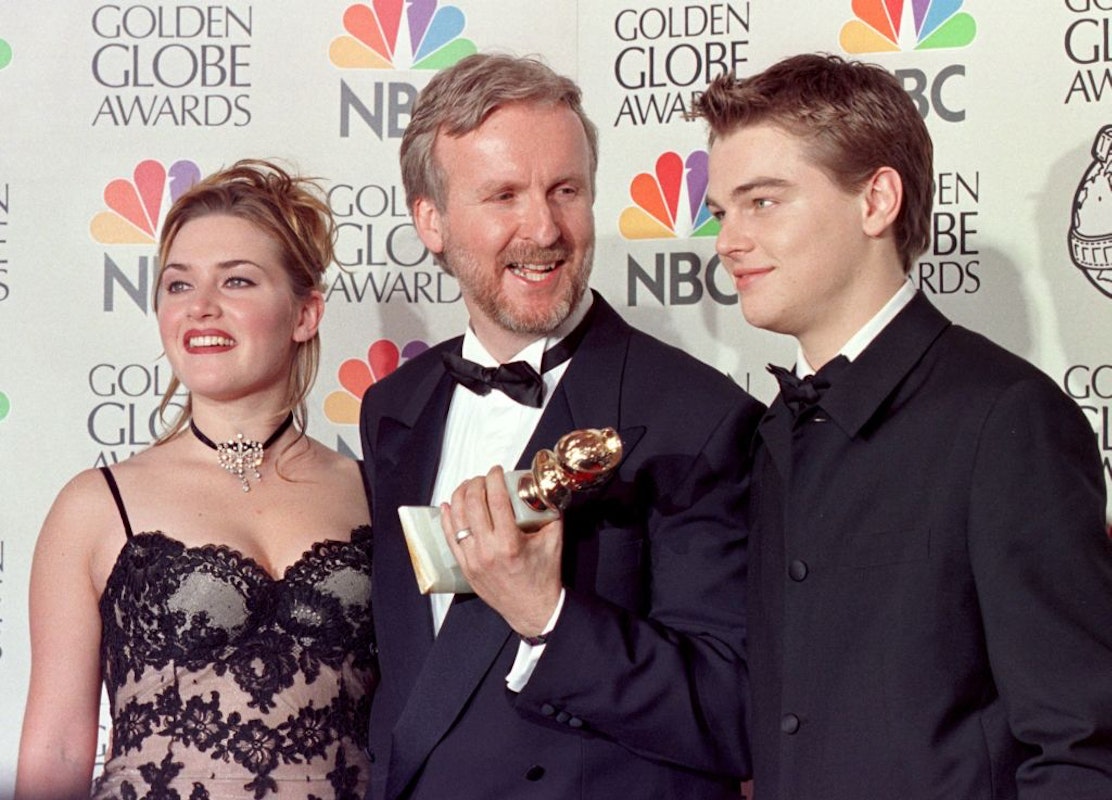 Director James Cameron revealed in a recent interview that Leonardo DiCaprio’s “diva-like attitude” nearly cost him the iconic role of Jack in the 1997 blockbuster “Titanic.”

Cameron, whose newest film — “Avatar: The Way Of Water” — is set to be released in theaters on December 16, spoke with GQ about some of his most famous films. “Titanic,” which smashed box office records and ultimately grossed over $2 billion worldwide, was high on the list — but according to Cameron, things could have been very different.

Cameron explained that his first meeting with DiCaprio actually went very well — although he noted that he was amused by the fact that all of the women associated with the production suddenly had a reason to be in the room for the actor’s first appearance.

“There was a meeting with Leo and there was a screen test with Leo,” Cameron reflected, adding, “So the meeting was funny, because I’m in my conference room waiting to meet an actor, right? And I look around, and all the women in the entire office are in the meeting for some reason. Like, there’s a female executive producer, okay, fine. But our accountant? You know, why was she in the meeting?”

Cameron laughed again, saying that he realized as he looked around the room that they had all just wanted to meet DiCaprio.

“So Leo came in — of course, charmed everybody, myself included,” Cameron continued, noting that actress Kate Winslet had already been chosen to play the part of Rose. “And I said, ‘Alright, let’s see what your chemistry’s like with Kate.’”

So DiCaprio was asked to come back for a meeting with Winslet, and he agreed — but when he arrived and Cameron asked him to read with her, the “Romeo + Juliet” star balked.

The “Avatar” director’s response was to immediately thank DiCaprio for his time, at which point Cameron said the actor back-pedaled quickly. “He said, ‘Wait, wait, wait. You mean if I don’t read, I don’t get the part? Just like that?’”

Cameron said his reply was simple: “I said, ‘Oh, yeah. Come on. This is, like, a giant movie that’s gonna take two years of my life … so I’m not gonna f*** it up by making the wrong decision in casting. So you’re gonna read, or you’re not gonna get the part.’”

DiCaprio did read, although Cameron said he did so begrudgingly.

“Every ounce of his entire being [was] just so negative, right up until I said, ‘Action!’” Cameron said, but once he uttered that one word, he said DiCaprio “turned into Jack.”

“All right, he’s the guy,” Cameron said, noting that “Kate just lit up” the moment they began reading together. 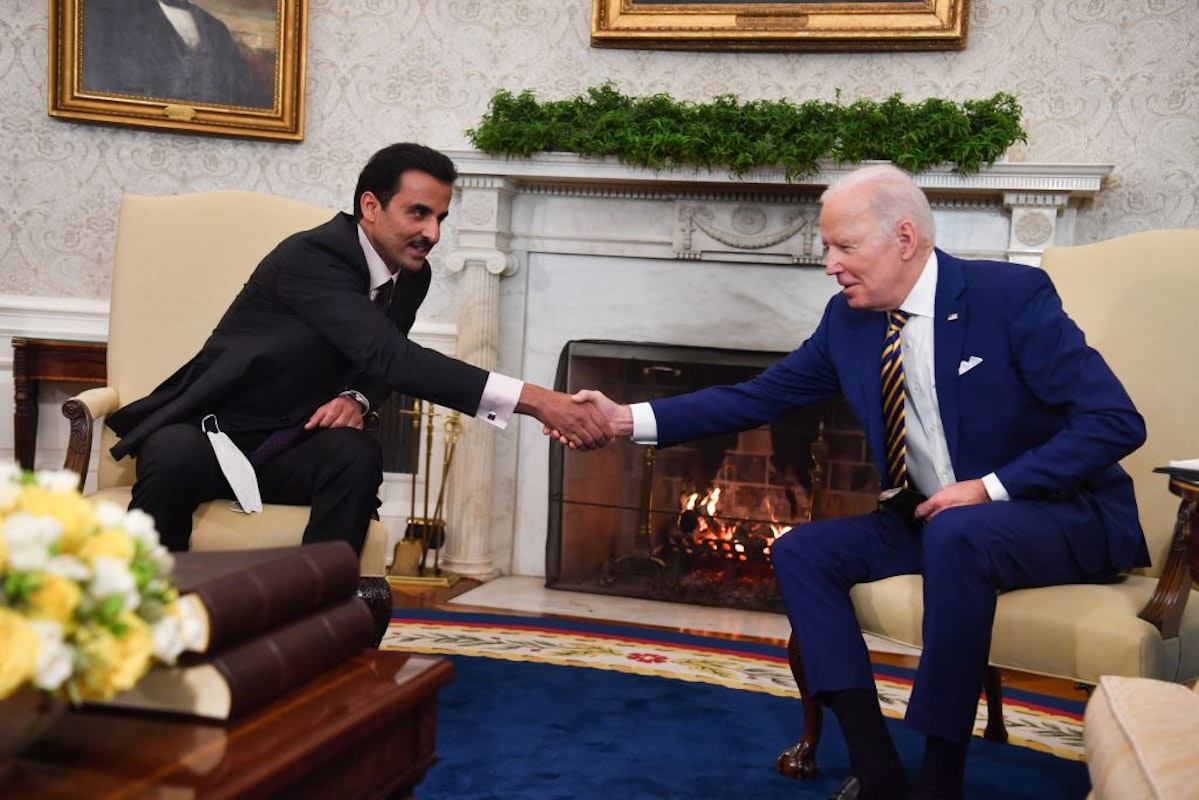 The Biden administration announced Tuesday a $1 billion arms sale to Qatar, despite the Arab nation’s strong ties to groups the United States has listed as terrorist organizations.

The announcement from the State Department came as Qatar hosts the World Cup and during halftime of the match between Iran and the U.S. The State Department said the move will support the foreign policy and national security objectives of the U.S., and called Qatar “an important force for political stability and economic progress in the Middle East.”

“The proposed sale will improve Qatar’s capability to meet current and future threats by providing electronic and kinetic defeat capabilities against Unmanned Aircraft Systems,” the State Department said in a statement that appeared to allude to attacks carried out or sponsored by Iran.

While it is true that Iranian-backed proxies have targeted Qatar, the Gulf country does have deep ties to terrorism. Earlier this month, The Times of Israel noted that three neighboring countries, along with Egypt, severed ties with Doha in 2017, accusing it of financing terrorism.

Members of the Committee on Foreign Affairs in the U.S. House of Representatives in 2017 accused Qatar of funding U.S. designated foreign terrorist organizations, such as Hamas, as well as several extremist groups operating in Syria.

“Qatar has openly housed Hamas leaders, Taliban leaders, and has several individuals who have been sanctioned by our U.S. Treasury Department, and it has failed to prosecute them,” former Rep. Ileana Ros-Lehtinen (R-FL) said during testimony. “At least one high-ranking Qatari official provided support to the mastermind of the 9/11 terror attacks against our country, Khalid Sheikh Mohammad.”

The report also noted Qatar’s ties to international terrorist Khalifa Mohammed, who financed al-Qaeda and the 9/11 mastermind. Mohammed was tried and convicted in absentia in 2008 by Bahrain for his terrorist activity, and arrested, only to be released by Qatar six months later, she added. 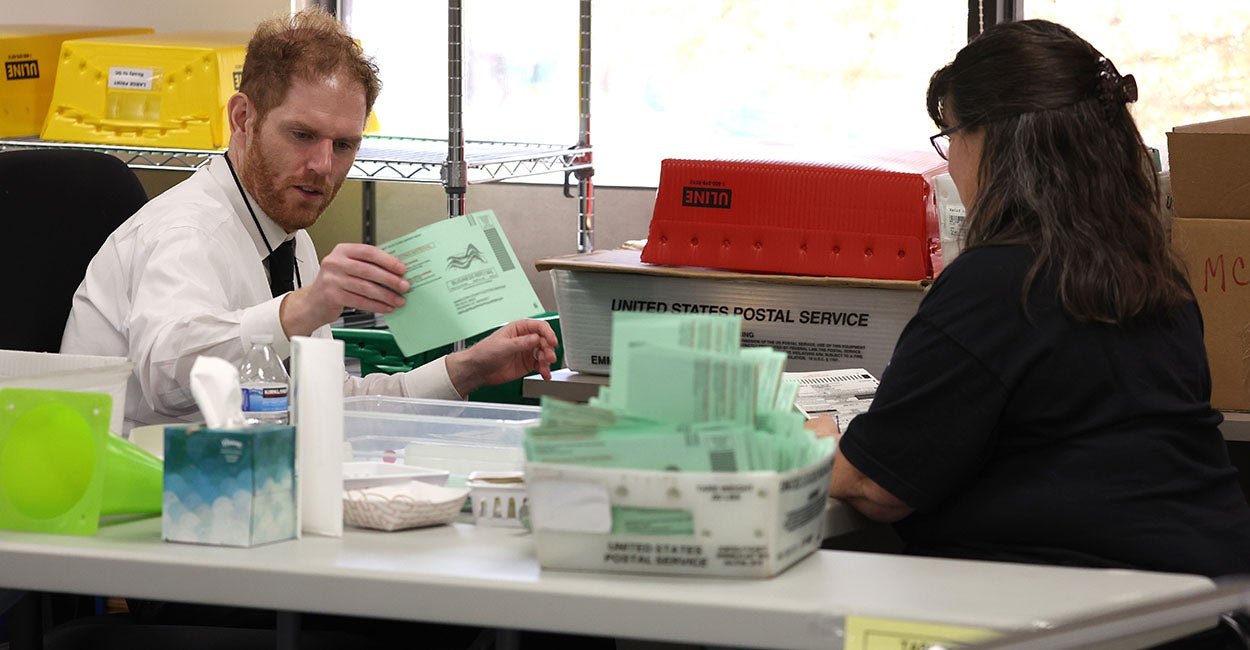 Republicans have often expressed frustration and mistrust at election results that come in days or weeks after Election Day, particularly in 2020 and 2022. Delays in both cases have enflamed accusations of fraud and suspicion that the increase in voting by mail undermines the integrity of the election system.

Respondents who did not identify themselves as Republican or Democrat also expressed doubts about America’s elections. A large chunk (42.5%) said they “strongly trust” elections, while another 19.7% said they “somewhat trust” them. More than a third (37.8%) said they either “somewhat” (17.2%) or “strongly” (20.6%) distrust them.

“Second, for years, politicians on both sides of the aisle have been telling us that the elections are not safe, secure and valid, some for good reason, and some simply for political gain,” Meckler added. Republicans like former President Donald Trump and Democrats like Georgia governor candidate Stacey Abrams have both alleged that their elections were invalid.

“Finally, and importantly, Democrats actually say by large margins (68%), that they have more faith in elections where the count is delayed or takes weeks,” Meckler noted. “The poll suggests that election integrity reform is important nationwide, to restore basic trust in the underlying foundation of peaceful transfers of power in all electoral jurisdictions in the nation; easy, safe, secure elections with relatively rapid results.”

“I think we can trust many, if not most, of our elections, but there are elections where either people cheat or significant errors are made by election officials that question the result,” Hans von Spakovsky, coauthor of “Our Broken Elections: How the Left Changed the Way You Vote,” told The Daily Signal before Election Day 2022.

While partisan bias likely impacts trust in delayed results, elections are not technically over until state officials certify them. State and local governments release unofficial results on election night, but candidates have many ways to contest the vote or to demand recounts, should they suspect fraud. In most cases, unofficial results give a reliable indication of the ultimate winner, so candidates who are likely to lose often concede long before the results are official. News outlets “call” races based on unofficial results, not certified results.

Due in part to the expansion of mail-in voting during the COVID-19 pandemic and the counting of early votes after Election Day votes, Republicans have seen early GOP leads vanish throughout and after election nights, inspiring distrust in the results. 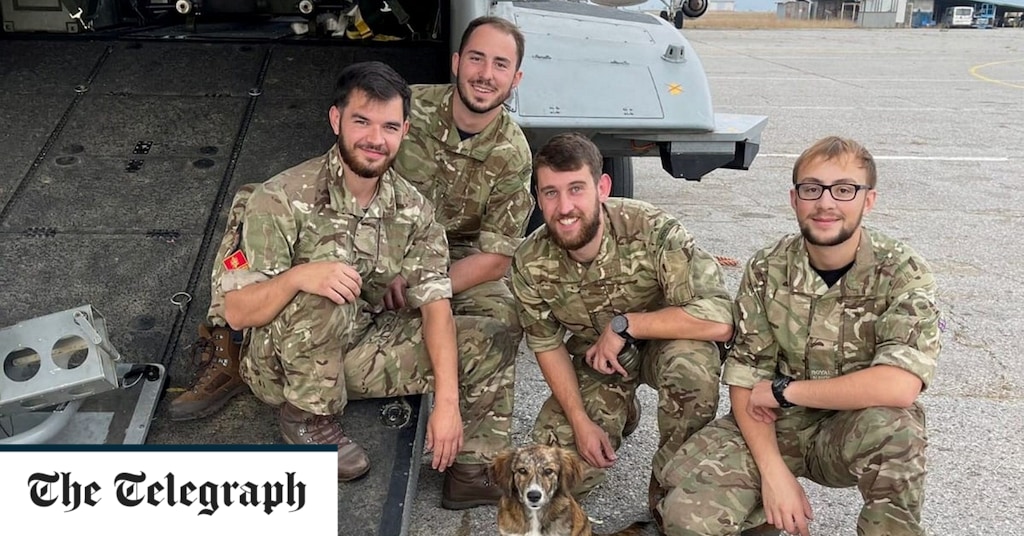 Royal Navy aviators have raised more than £6,000 to bring a stray puppy they befriended while on deployment back to the UK to become their official mascot.

Aircrew and engineers from 845 Naval Air Squadron took in the pooch during a storm in Montenegro and named her ‘KT’.

KT was very fond of cable ties and would spend all day around the Merlin helicopter while work was carried out to replace the engine at Podgorica Military Air Base.

They now plan to bring her home to their base at RNAS Yeovilton in Somerset and make her the squadron’s mascot.

The fundraising page they set up has already tripled its target of £2,000 with donations continuing to pour in.

They now plan to bring her home to their base at RNAS Yeovilton in Somerset and make her the squadron’s mascot.

Explainer-Why the U.S. Inflation Reduction Act has Europe up in arms By Reuters