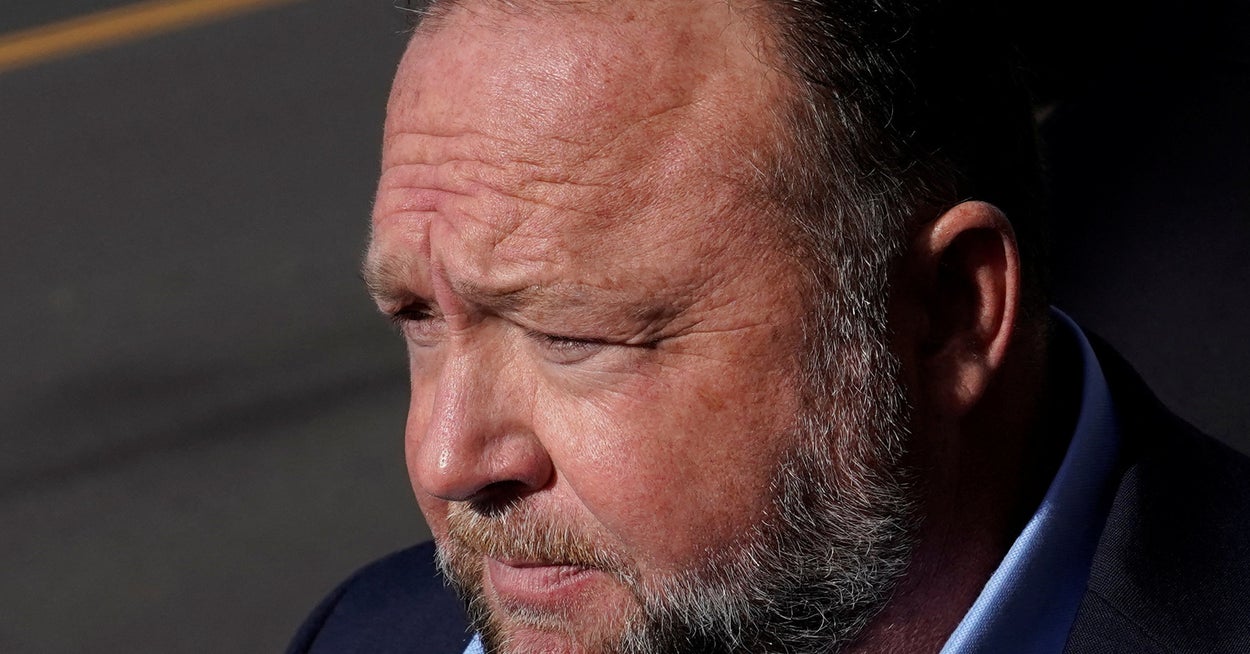 As always on Law & Crime’s streams, there are hundreds of active and colorful commenters, but trial viewers and Twitter users had noted from day one that the chat was littered with the same conspiracy theories that Jones now faces paying damages for.

The chat was so overrun with people making threats toward the victims’ families and suggesting that the shooting had never occurred that the Law & Crime channel disabled the chat function on Tuesday and removed archived chats from the previous days’ trial livestreams as well.

When reached for comment, Law & Crime provided us with the following: “Law & Crime’s YouTube channel has a robust and engaged comments section where, on a daily basis, thousands of commenters come to discuss and debate the day’s legal events and trials. Unfortunately, as the Alex Jones trial got underway, we noticed a disturbing number of commenters making threatening comments including harassment towards the victims’ families. As a result, we decided to disable the comments section for this trial. Despite having covered many controversial cases, we have never before taken such a drastic measure. It also was not a tough call here.” – Rachel Stockman, President at Law & Crime”

The livestream video on Tuesday morning included this note: “L&C has turned off the comments section on the Alex Jones stream due to threatening comments toward victims’ families.”

A Man Used Instagram To Target Women And Teens Whom He Then Raped And Tried To Extort, Los Angeles Police Said 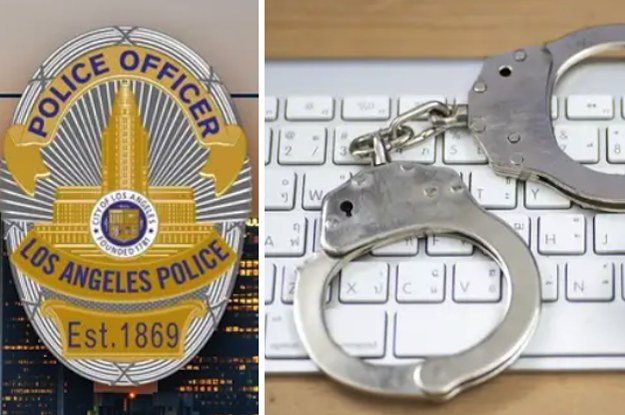 A 21-year-old Los Angeles man described by police as a “serial rapist” has been arrested for allegedly preying on women and teenage girls using their own social media accounts over a period of two years, officials said Wednesday.

Michael Neal Watson Jr. was arrested on Nov. 8 and is facing 16 felony charges that include rape, assault, robbery, and attempted extortion. He remains in custody in lieu of $1.7 million bail. In total, a task force identified 12 incidents between June 19, 2020, and July 20, 2022, in which Watson allegedly committed crimes against 13 women and four girls who were under the age of 18.

“The incidents shared a common methodology wherein the suspect initiated communication with the victims via Instagram then lured them to various locations where the victims were sexually assaulted,” Los Angeles police said in the statement.

The investigation into Watson began in February, when the sheriff’s department responded to a report of forcible rape and robbery in Walnut, a suburban community east of Los Angeles. The suspect, later identified as Watson, had been invited to an unnamed woman’s home after having met her on Instagram. When he arrived, he reportedly raped one of two women who were in the house and stole both of their cellphones.

According to police, Watson allegedly “re-contacted one of the victims via social media and sent threatening messages to her. The suspect also accessed her phone, impersonated the victim on social media, and extorted money from the victim by threatening to post nude images obtained from her phone.”

During the course of the subsequent investigation, the statement said, “DNA evidence was obtained linking the suspect to similar reported incidents within Los Angeles, Hollywood, East Los Angeles, and Inglewood.”

According to the criminal complaint obtained by BuzzFeed News, Watson faces five counts of second-degree robbery, four counts of attempted extortion, and two counts of forcible rape. Watson has also been charged with forcible rape of a child victim over the age of 14; assault with a firearm; aggravated sexual assault of a child; grand theft; and unlawful sexual intercourse with a minor more than three years younger (than the alleged attacker).

His arrest was the result of a multiagency investigation between the Los Angeles County Sheriff’s Department, the LAPD, and Inglewood Police.

“Based on the nature of the offenses, detectives believe there may be additional unidentified victims,” LA police said.

Elon Musk said Wednesday that under prior ownership, Twitter “failed trust & safety” of its users and “interfered in elections” in a post on the site.

“The obvious reality, as long-time users know, is that Twitter has failed in trust & safety for a very long time and has interfered in elections,” Musk tweeted in response to a comment on a Reuters article. “Twitter 2.0 will be far more effective, transparent and even-handed.” (RELATED: Fox Guest Claims The Left Hates Musk For Making Censorship Against Conservatives ‘Difficult’)

Yael Roth, who resigned as Twitter head of safety Nov. 10, said during an interview at a Tuesday Knight Foundation event that the social media site was less safe since Musk took over the site, Reuters reported.

The Tesla CEO, who closed the deal to purchase Twitter for $44 billion in October, did not elaborate on the social media site, but a post on Twitter’s blog claimed that policies had not changed.

Some conservatives believe Twitter’s censorship of an October 2020 New York Post report on a laptop abandoned by Hunter Biden tilted the 2020 presidential election in favor of Joe Biden. The site locked the newspaper’s account, and other social media sites suppressed the story.

Exactly. The obvious reality, as long-time users know, is that Twitter has failed in trust & safety for a very long time and has interfered in elections.

Twitter 2.0 will be far more effective, transparent and even-handed.

Republican Attorneys General Eric Schmitt of Missouri and Jeff Landry of Louisiana won a court ruling that forced current and former Biden administration officials to sit for depositions in a lawsuit accusing the social media sites of colluding with the government to silence debate on multiple issues, including COVID-19 and election integrity.

Discord chat app FAQ: Everything you need to know 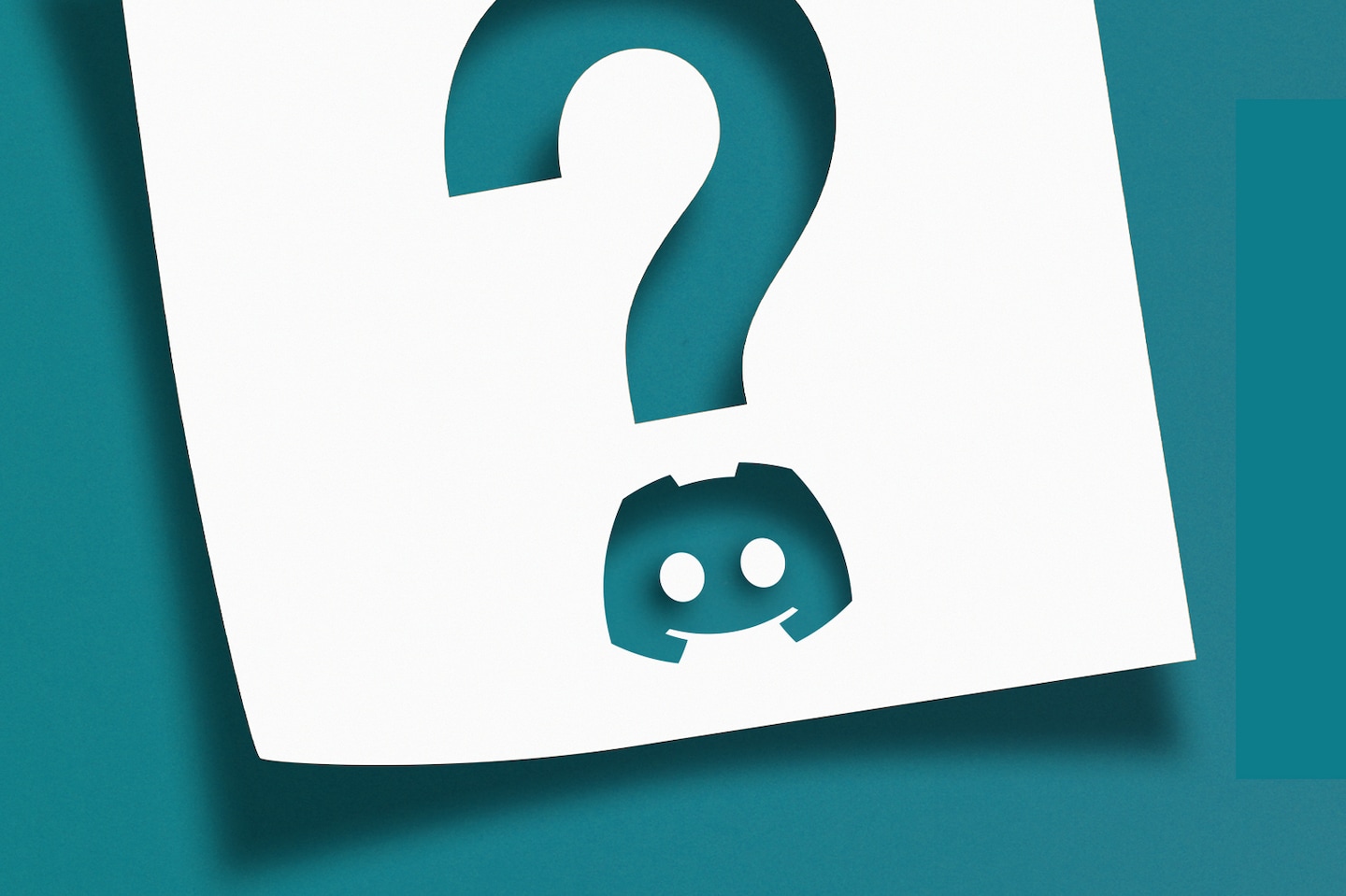 In the weeks since billionaire Elon Musk acquired Twitter, some users have considered alternative social media platforms. That’s not to say Twitter is gone: It’s still up and running, despite massive employee turnover and chaotic changes to its verification service. Communications app Discord has come up in the conversations around substitute platforms, especially among those in the gaming community who already rely on it to connect with others.

Discord works on computers, Xbox gaming consoles and mobile devices. Some users have complained that Discord is less intuitive to use than applications like Zoom or Skype, but its emphasis on text and voice have made it a go-to for gamers, who like its reliability, pseudonymity and focus on text and voice chat over video.

Since 2015, Discord has raised hundreds of millions of dollars in venture capital funding, and slowly transformed parts of its platform to be more brand-friendly. Like other communications apps, Discord flourished in the pandemic, and could see a new surge of users seeking Twitter alternatives. (Discord declined to share statistics on how many new users have joined the platform since Musk bought Twitter.)

Whether you’re looking for a Twitter alternative or you’re just curious about popular chat apps, we’ve answered some questions you might have about Discord below.

A Man Used Instagram To Target Women And Teens Whom He Then Raped And Tried To Extort, Los Angeles Police Said