Twitter owner Elon Musk announced Thursday that an “amnesty” for most banned accounts would start next week, following a poll posted Wednesday afternoon.

“The people have spoken. Amnesty begins next week,” Musk posted on the social media site Thursday, before adding the Latin phrase “Vox Populi, Vox Dei,” which translates to “the voice of the people is the voice of God.” He announced the decision just over two hours after the poll on the amnesty closed. (RELATED: ‘Musk Saw That As Problematic’: Babylon Bee CEO Reacts After Twitter Reinstatement)

The people have spoken.

Over 3.1 million people voted in the poll Musk posted Wednesday, with 72.4% voting in favor of the “general amnesty” for account that had not “broken the law or engaged in egregious spam.” The Tesla CEO reinstated former President Donald Trump’s account Saturday, following a similar poll in which 51.8% of users voted for Trump’s reinstatement.

Some suspended accounts that could be reinstated include those of Dr. Robert Malone, who was suspended for supposed misinformation, and MyPillow CEO Mike Lindell.

Musk hinted at future plans for Twitter in a response to a Wednesday afternoon tweet by Judicial Watch President Tom Fitton.

“Please limit content moderation to illegal content (or, at most, a narrow interpretation of moderation under Section 230) and give users the tools that enable the freedom to choose what content they see,” Fitton tweeted.

Musk closed the deal to purchase Twitter on Oct. 27, seeking to restore free speech to the site, The Wall Street Journal reported. The Tesla CEO did indicate there was one type of post whose removal he considered urgent.

Removing child exploitation is priority #1. Please reply in comments if you see anything that Twitter needs to address.

“Removing child exploitation is priority #1,” Musk tweeted early Thursday morning. “Please reply in comments if you see anything that Twitter needs to address.”

His takeover prompted multiple advertisers to pause spending, while Democratic senators pushed for a Federal Trade Commission investigation into the social media site.

“It’s absolutely stunning. It’s absolutely shocking to – with what has come out so far with Matt Taibbi’s tweets showing just how much – just what a concerted effort it was behind the scenes in order to help one party over another party,” Charlie Hurt, the opinion editor at the Washington Times, told host Jesse Watters. “And it underscores the extraordinary danger of the kind of power that these people have and they have no reservation whatsoever about using it.” (RELATED: Elon Musk Says Releasing Internal Discussions On Hunter Biden Laptop Story Is ‘Necessary To Restore Public Trust’)

Rolling Stone contributing editor Matt Taibbi released details about the censorship of an Oct. 14, 2020 report on a laptop Hunter Biden left at a repair store Friday on his Twitter account. The laptop reportedly contained numerous emails and documents detailing the elder Biden’s involvement with his son’s business partners.

Social media companies censored the New York Post’s reports on the laptop, claiming the materials were hacked. The laptop was later confirmed as authentic by the Washington Post and New York Times.

“Let’s step back what we saw with the censoring of that ‘New York Post’ story was an effort by Twitter, companies to trick voters into voting for Joe Biden by suppressing this story,” Hurt said. “And it is absolutely shocking and they literally put this sequestered this story as if it were child pornography. That’s the way they treat it. That’s how desperately they wanted to help Joe Biden get elected.”

Twitter and President Joe Biden did not immediately respond to requests for comment from the Daily Caller News Foundation.

All content created by the Daily Caller News Foundation, an independent and nonpartisan newswire service, is available without charge to any legitimate news publisher that can provide a large audience. All republished articles must include our logo, our reporter’s byline and their DCNF affiliation. For any questions about our guidelines or partnering with us, please contact licensing@dailycallernewsfoundation.org. 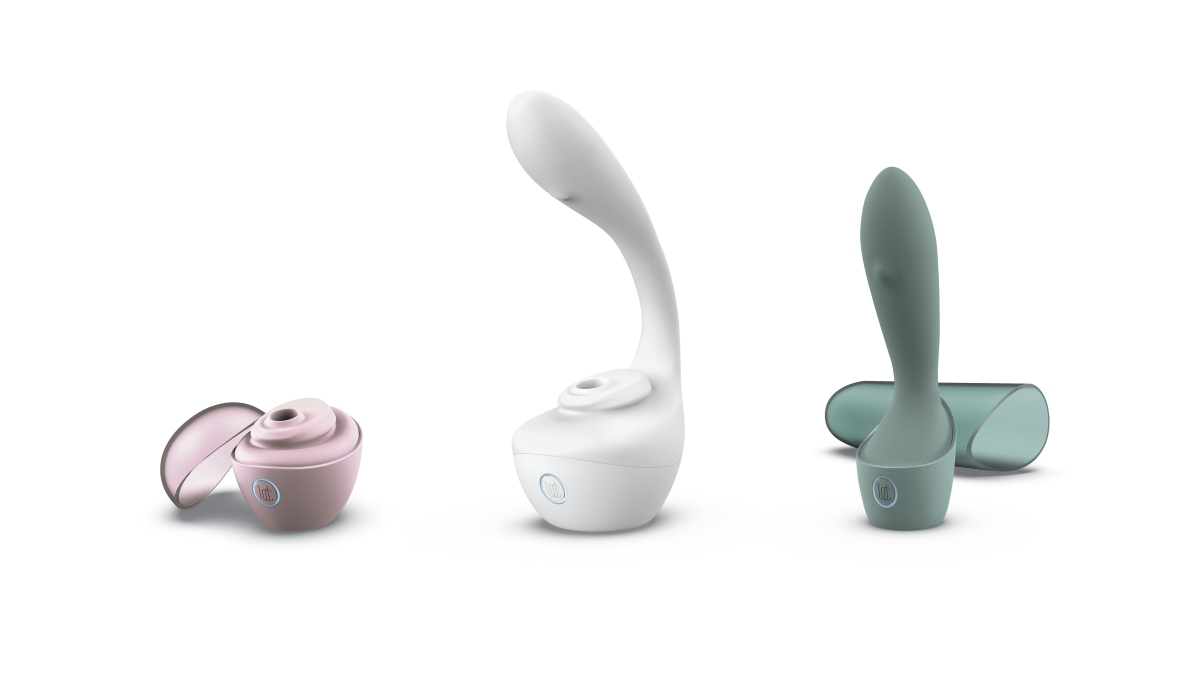 Lora DiCarlo, a sex tech startup that made headlines in 2019 after being blacklisted from the Consumer Electronics Show, seems to have shut down. The company’s website is offline and reportedly orders have gone unfulfilled for months.

TechCrunch has reached out to the eponymous founder for confirmation, but it sure looks like the end of the line for a briefly promising high-tech sex toy enterprise.

Founded in 2017, Lora DiCarlo was one of a new wave of tech-forward sexual health companies headed up by women. It won an innovation award at CES 2019 for, as our writer put it at the time, “a hands-free device that uses biomimicry and robotics to help women achieve a blended orgasm by simultaneously stimulating the G-spot and the clitoris.”

But then the Consumer Technology Association, which runs CES, withdrew the award and banned the company from exhibiting at the show. Their explanation at the time was that neither the company nor its devices “fit a product category.”

Predictably, this attracted immediate blowback and allegations of sexism, prudery and generally bad judgment. Everyone was on Lora DiCarlo’s side, and the publicity was invaluable, she later told TechCrunch at Disrupt: “I think they actually did us a pretty big favor.” The company raised $2 million around that time, and about $9 million total over its five years of operation.

But despite a big return to the show in 2020 (and a coveted TC+ feature, of course), the company seems to have faltered during the pandemic — perhaps falling victim to the same chip shortages and manufacturing problems even established hardware makers encountered.

As chronicled by Women’s Health, the last few months seem to have been Lora DiCarlo’s last, as various aspects of a functioning commercial enterprise began to fail: orders weren’t going out, stock was gone at retail partners and personnel have left. The site went down earlier this month and is down still. Although there has not been any official announcement, it certainly does seem that the company is kaput.

It’s too bad, but finding success as a hardware startup is hard enough without a pandemic and the stigma on sex toys adding drag. We’ll update this article if we hear back from DiCarlo. 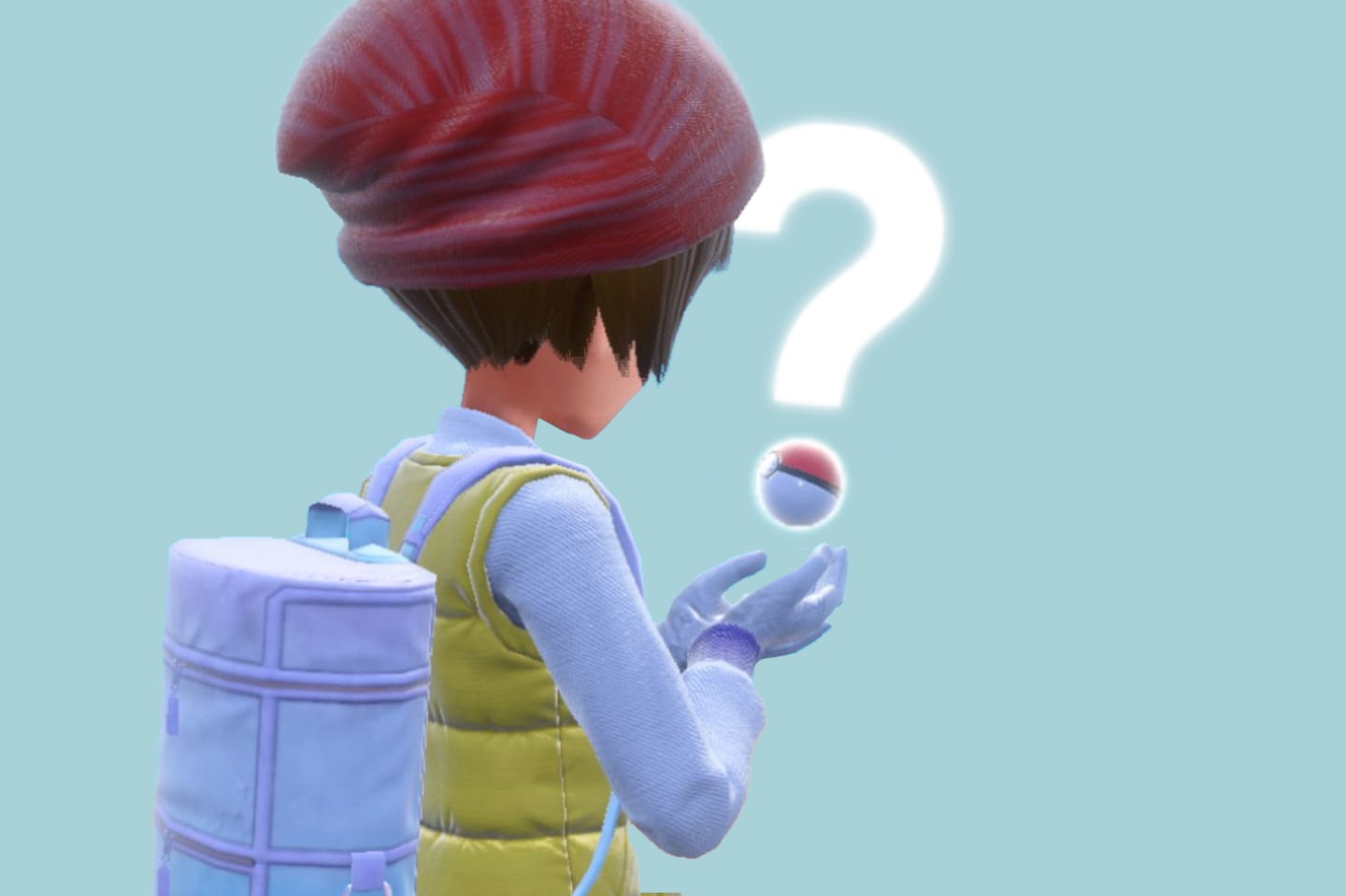 On Dec. 1, Nintendo and developer Game Freak released their first “Pokémon Scarlet” and “Pokémon Violet” patch since the day one patch. The latest patch promised “other select bug fixes,” according to the official notes released on their site. Players hoped this would address the game’s many meme-worthy bugs.

Currently, though, players can’t agree on whether the patch has done anything to make the game look better. And neither can we. Take a look below and decide for yourself.

Nintendo’s vagueness in their patch notes has caused a deluge of varying reports from players over whether performance — the frame rate, pop-ins, unloaded textures and more — has actually improved. While some claim that open-world areas of the game, notably the earlier areas, have better frame rates, others say it’s a placebo effect, pointing to bad performance in the later areas players encounter.

Nintendo acknowledged a request from The Washington Post for clarification on what the patch had fixed, but didn’t provide more detail in time for publication. We will update this story with their response.

Regardless of what exactly about the game has been fixed, players are having fun trying to sort it out.

It’s unclear what’s causing these issues from a technical perspective. A popular theory, supported by reputable dataminers and speedrunners of the games like Eddaket, is that the game has a memory leak. In short: It’s possible the Nintendo Switch’s memory doesn’t get cleared properly when players enter any city in-game. This means that the city assets never truly get unloaded, so as players continue to play the game, there’s less and less available RAM on the Switch to load new assets. That would certainly explain the lower frame rates and pop-up issues, particularly in later cities the player comes across that don’t have the assets loaded yet.

For now, and without Nintendo’s input, players can’t know for sure if a memory leak is truly the culprit. And unfortunately, they also can’t tell what — if anything — the latest patch actually fixes.