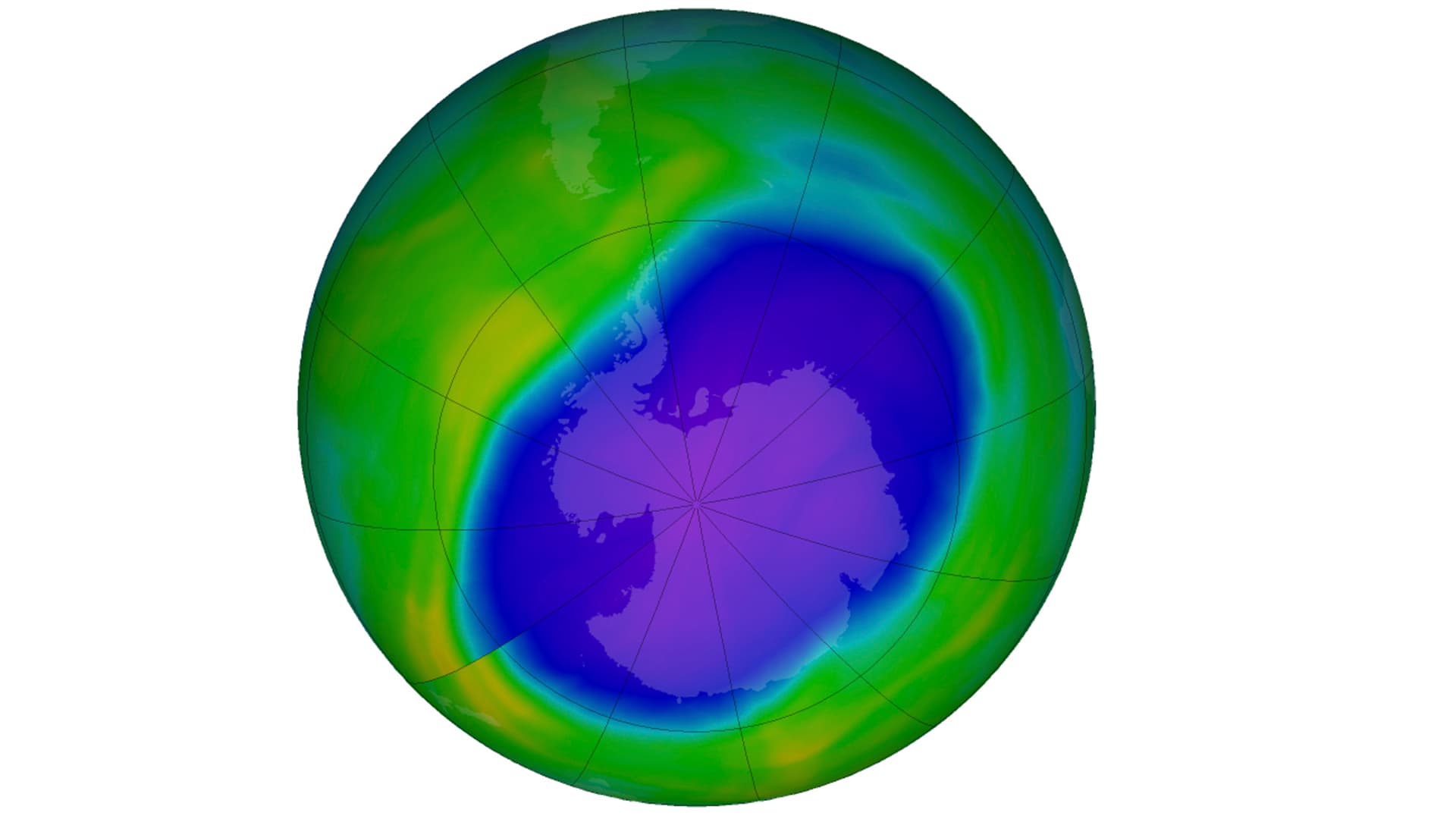 The Earth’s protective ozone layer is on track to recover within four decades, closing an ozone hole that was first noticed in the 1980s, a United Nations-backed panel of experts announced on Monday.

The findings of the scientific assessment, which is published every four years, follow the landmark Montreal Protocol in 1987, which banned the production and consumption of chemicals that eat away at the planet’s ozone layer.

The ozone layer in the upper atmosphere protects the Earth from the sun’s ultraviolet radiation, which is linked to skin cancer, eye cataracts, compromised immune systems and agricultural land damage.

Scientists said the recovery is gradual and will take many years. If current policies remain in place, the ozone layer is expected to recover to 1980 levels — before the appearance of the ozone hole — by 2040, the report said, and will return to normal in the Arctic by 2045. Additionally, Antarctica could experience normal levels by 2066.

Scientists and environmental groups have long lauded the global ban of ozone-depleting chemicals as one of the most critical environmental achievements to date, and it could set a precedent for broader regulation of climate-warming emissions.

“Ozone action sets a precedent for climate action,” World Meteorological Organization Secretary-General Prof. Petteri Taalas said in a statement. “Our success in phasing out ozone-eating chemicals shows us what can and must be done — as a matter of urgency — to transition away from fossil fuels, reduce greenhouse gases and so limit temperature increase.”

Scientists said that global emissions of the banned chemical chlorofluorocarbon-11, or CFC-11, which was used as a refrigerant and in insulating foams, have declined since 2018 after increasing unexpectedly for several years. A large portion of the unexpected CFC-11 emissions originated from eastern China, the report said.

Scientists also warned that efforts to artificially cool the Earth by injecting aerosols into the upper atmosphere to reflect sunlight could thin the ozone layer, and cautioned that further research into emerging technologies like geoengineering is necessary.