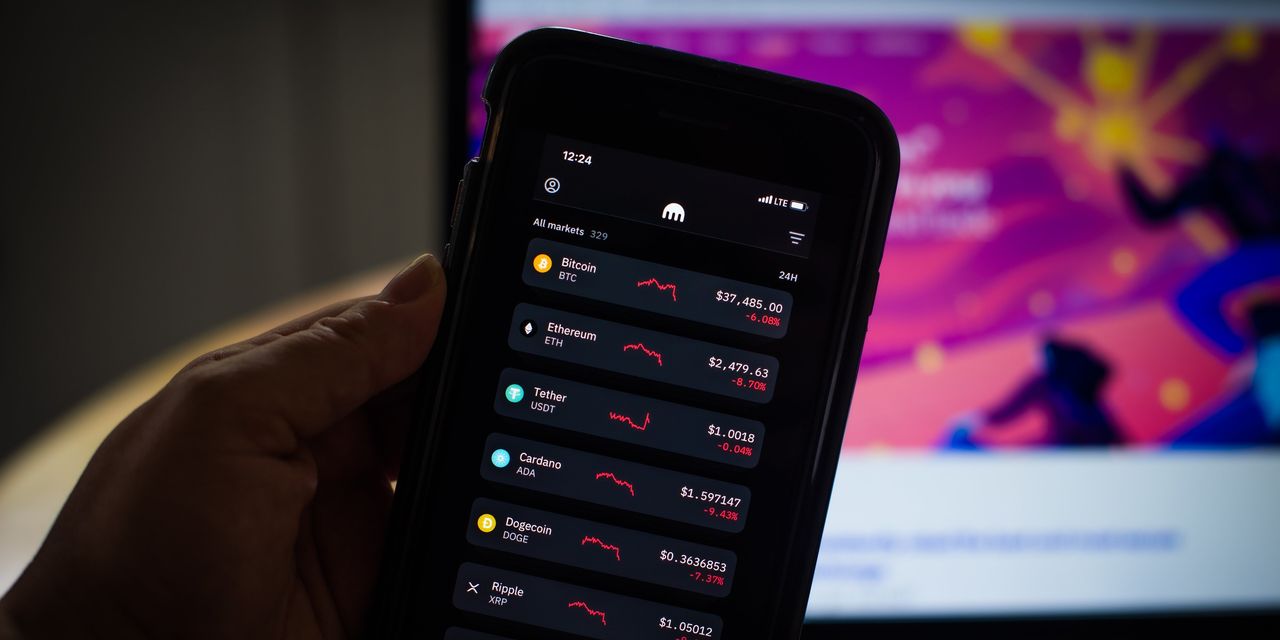 WASHINGTON—As cryptocurrencies go mainstream, prices for bitcoin and other digital tokens are often displayed on cable-news tickers and finance apps as though they were just like regular stocks, bonds or oil futures.

They aren’t. And that makes them a challenge for U.S. financial regulators.

Oversight of cryptocurrencies, which came into existence in 2009, is spotty. Regulators in the Biden administration are working to clarify rules for a market that roughly tripled in value in 2021 to more than $2 trillion, drawing in millions of American investors and increasing concerns about financial stability.

Here are some of the key questions around setting those regulations:

What is the difference between cryptocurrency and other assets?

The traditional financial system is built around intermediaries—banks, brokerages, stock or commodity exchanges and asset managers. Government and industry regulators police such firms to protect investors, promote fair and orderly markets, guard against financial bubbles and prevent crimes such as money laundering or tax evasion.

This oversight comes with trade-offs. Banks and brokerages are required to set aside money for potential losses and are supposed to know who their customers are; in exchange, their account holders are protected by government-backed insurance. Public companies must follow standardized accounting practices and disclose information about their finances and operations; in exchange, they gain access to tens of trillions of dollars of liquidity on stock and bond markets.

A key belief among cryptocurrency advocates is that technology can substitute for such intermediaries and eliminate the need for trust.

Here is how that sort of arrangement plays out: Bitcoin enables any two people, anywhere in the world with an internet connection, to make a transfer of value in a few minutes without a middleman. Transactions are recorded on a database, called blockchain. It is publicly visible on networks of computers running separate copies of the same program. This should ensure that nobody on the network is counterfeiting the cryptocurrency or double-spending the same bitcoins.

Do cryptocurrencies need to be regulated?

Because cryptocurrency advocates say the assets reduce the role of traditional intermediaries, some argue that they don’t need to be regulated like banks, securities or investment funds.

But beneath the surface, regulators and experts say, there are almost always human beings at work.

or Gemini Trust Co. LLC. These companies take investors’ dollars and convert them to bitcoin, ether or dozens of other digital tokens. They charge fees, custody assets and roll out products that sometimes offer a return to investors.

A rapidly growing set of cryptocurrency applications known as “decentralized finance,” typically allows certain users to vote on how they operate. They are often supported by software developers and charge transaction fees.

And even though networks like bitcoin can execute transactions without a middleman, there is still a small group of programmers, known as maintainers, who have the ability to change the underlying code in case bugs emerge.

Policy makers say the presence of people in all these systems creates the potential for conflicts of interest and necessitates oversight.

The irreversibility and anonymity of many cryptocurrency transactions makes them popular for scammers and criminals, and the assets have fueled a surge in ransomware attacks such as the one that hit Colonial Pipeline Ltd. in 2021. The rapid growth of the cryptocurrency market, its self-governance and its murky links to the broader financial system also have raised concerns about stability. While hiccups have largely been contained within the crypto market, the potential for spillover effects into the real world could grow as more people invest their savings in the asset class.

“Few technologies in history, since antiquity, can persist for long periods of time outside of public policy frameworks,” Securities and Exchange Commission Chairman

said at the Wall Street Journal CEO Council in December.

Who would be responsible?

In the U.S., an alphabet soup of federal and state agencies oversees financial institutions and markets.

Banks are regulated by the Federal Reserve, the Office of the Comptroller of the Currency and state banking commissions. Brokerages, asset managers and stock exchanges are overseen by the SEC, which also sets disclosure requirements for publicly traded companies. Trading venues for futures and other derivatives are regulated by the Commodity Futures Trading Commission.

These agencies write rules and regulations, monitor financial markets, send inspectors out to examine firms’ compliance with the law and take enforcement actions against companies or executives who are suspected of violating them.

Deciding which ones should regulate cryptocurrencies and what their authorities would be is a work in progress. Some top policy makers have said there are gaps in existing statutes and have urged Congress to fill them. Meanwhile, the SEC and CFTC have taken the lead in cracking down on cryptocurrency projects or trading platforms they consider to be breaking the law or defrauding investors.

Thus far, no agency has asserted full jurisdiction to oversee the two largest cryptocurrencies, bitcoin and ether, which together represent more than 60% of the entire market.

That is because the CFTC doesn’t have legal authority to regulate cash markets for commodities, which is the asset class some regulators and courts have suggested bitcoin and ether fall within. Cash markets, or a market where commodities or securities are paid for and received at the point of sale, don’t have an overarching financial regulator.

Congress would likely have to pass a law for the CFTC to gain such powers.

The Treasury Department considers the platforms that many investors use to buy and sell bitcoin to be money-transmission businesses. These firms generally need to obtain licenses from state governments to operate, know who their customers are and take certain steps to prevent money laundering. But they face far fewer requirements and less oversight than traditional stock or commodity exchanges.

The CFTC does have authority to police fraud in bitcoin markets, however. It also oversees exchanges, such as the

How are other types of cryptocurrencies viewed by regulators?

It depends on their attributes.

For example, the Biden administration plans to regulate issuers of stablecoins—a rapidly growing subset of cryptocurrencies that peg their value to a national currency like the dollar—similarly to banks, though regulators have asked Congress to first provide comprehensive legislation.

But the biggest question facing the cryptocurrency industry is whether an asset meets the legal definition of a security, or an “investment of money in a common enterprise with a reasonable expectation of profits to be derived from the efforts of others.” If the definition is met, then its issuer is required to register with the SEC, along with any trading platforms that offer such assets and brokers who sell them.

How do you predict government regulation around cryptocurrencies will change in 2022? Join the conversation below.

How straightforward is that SEC test?

Mr. Gensler, the head of the SEC, says the law is already clear. The legal test used to identify a security was established by the Supreme Court in 1946, and the SEC provided guidance on applying it to cryptocurrencies in 2019. The agency has also prevailed in dozens of lawsuits against defendants who sold unregistered securities in so-called initial coin offerings.

Mr. Gensler has declined to specify which cryptocurrencies, if any, aren’t securities and therefore fall outside the agency’s remit. But he has repeatedly urged major cryptocurrency exchanges to register with the agency, saying it is highly likely that they are offering securities on their platforms.

Have crypto platforms taken him up on it?

Registering as an exchange with the SEC is slow, costly and bureaucratic. No major cryptocurrency-trading platforms have done so.

Instead, some have tried to stop serving U.S. customers. Others take a different approach. Coinbase, for example, says it only allows trading of assets “for which we determine there are reasonably strong arguments to conclude that the crypto asset is not a security.”

The situation leaves major cryptocurrency-trading platforms open to the possibility of SEC enforcement actions that could force them to pay fines, delist popular tokens or reimburse customers for losses. It is a risk they have been willing to run for the opportunity to reap fast profits in a hot market.

“It’s very profitable to list things that may be securities but call them not securities,” says Douglas Borthwick, chief business officer at INX Ltd., a cryptocurrency firm that says it has worked to set up a registered trading platform with the SEC.

Write to Paul Kiernan at paul.kiernan@wsj.com