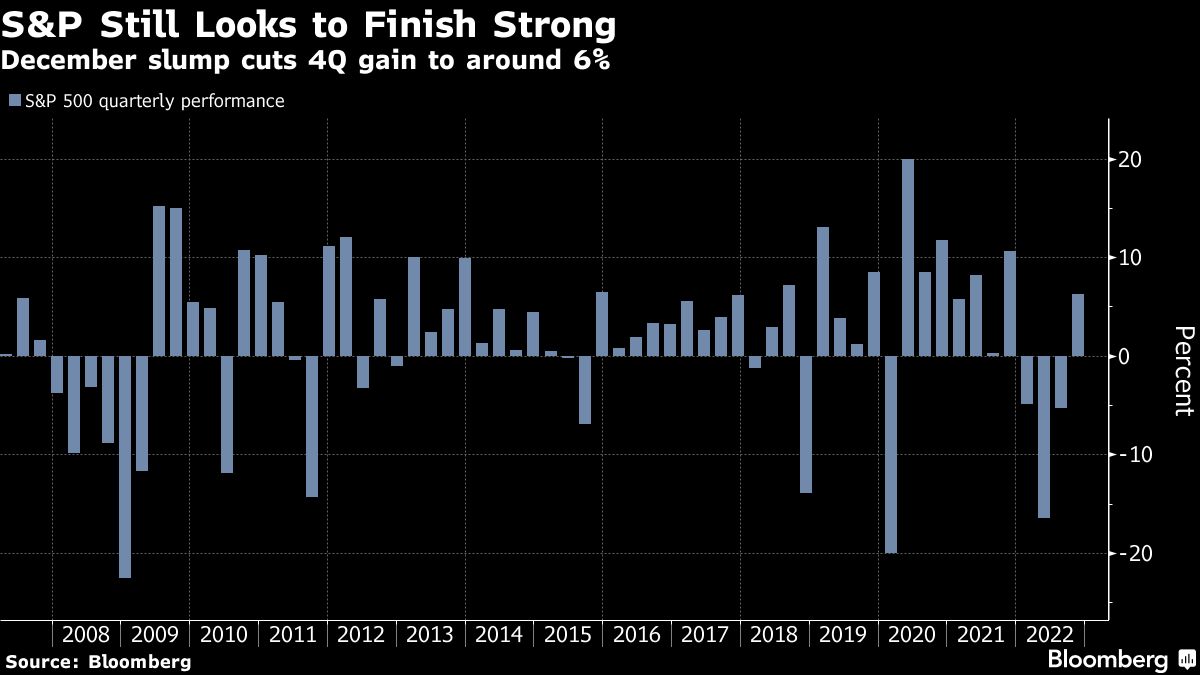 (Bloomberg) — Stocks and currencies whipsawed on Tuesday as investors gauged the health of the Chinese economy and reassessed a nascent upswing in shares.

The pressure facing stocks followed the sharp swings last year that saw 20% in value wiped from global equities, the worst run since the financial crisis. Bonds lost 16% of value, the biggest decline since at least 1990 for one leading measure, as central banks hiked interest rates to slow inflation.

“We’re starting the year with tight financial conditions, a potential inflation pulse coming out of China and by extension that means we’ll probably have to go into the start of this calendar year relatively cautious across the whole portfolio,” Marc Franklin, senior portfolio manager for Manulife Investment Management, said in an interview with Bloomberg Television.

The yen strengthened as much as 1% against the greenback to touch 129.52 per dollar — the highest level since May. It gained against all its Group-of-10 peers, in particular the commodity currencies of Australia, New Zealand and Canada. The advance follows sustained efforts by the Bank of Japan to depress yields on government debt, with the stronger yen indicating that traders believe the central bank will be forced to reduce its easy policy settings.

Read more: As Roads Split in 2022 Stocks, One Trade Made All the Difference

The dollar traded flat and there was no cash Treasuries trading in Asia given Japanese markets are shut Tuesday. Gold surged about 1% to above $1,840 per ounce for the first time since June.

China’s economy triggered investors’ concern after it ended the year in a major slump as business and consumer spending plunged in December, with more disruption likely in the first few months of the year as Covid infections surge across the country.

Elsewhere in markets, oil fluctuated while the price of US natural gas fell as warmer weather was expected to reduce demand for heating. A private China purchasing managers index contracted for the fifth consecutive month. Other data on the docket for Tuesday includes German unemployment claims.

Some of the main moves in markets:

This story was produced with the assistance of Bloomberg Automation.

–With assistance from Jason Scott and Tassia Sipahutar.