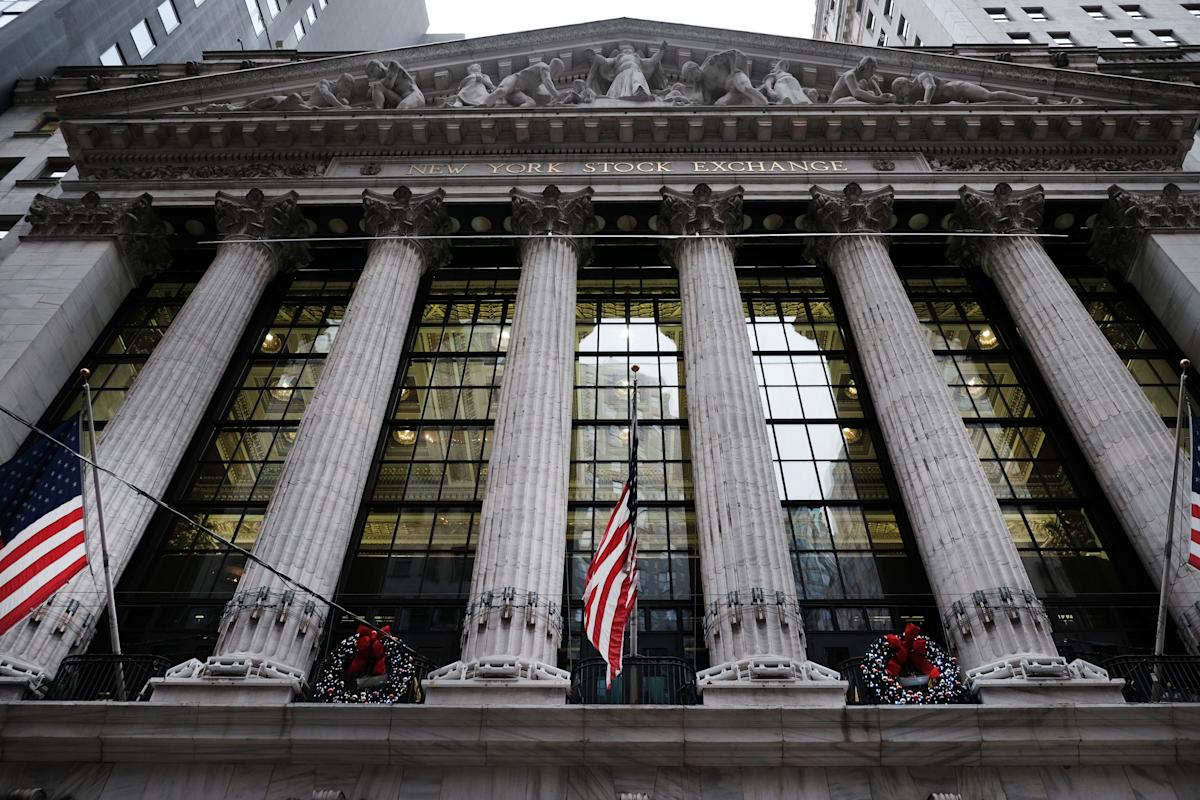 U.S. stocks were mixed on Tuesday as investors weighed a trove of fresh economic data, including a new read on the ISM Manufacturing Index and the Labor Department’s latest job openings.

On the employment side, latest prints indicate demand for workers was historically high in November, pointing to continued labor shortages that have strained employers looking for workers. Meanwhile, the ISM’s release showed manufacturing slowed in December amid some cooling in demand for goods, but supply constraints are starting to ease.

The Dow Jones Industrial Average extended its rally while the S&P 500 ticked down after both indexes set records in Monday’s session. The Nasdaq shed 1.8%, or 280 points in intraday trading.

“When I think about the market and the economy right now, I think about momentum,” Baird market strategist Michael Antonelli told Yahoo Finance Live.

“Momentum is one of the most durable factors when it comes to the stock market,” he said. “If you looked at new all-time highs last year, there were actually more new all-time highs than in the entire ’70s and 2000s combined, those two decades — we’ve got a lot going for us right now.”

The S&P 500’s performance on Monday showed the index was powered by its own velocity indeed, picking up right where it left off in 2021, ending a banner year with 70 closing records and its third annual double digit increase of 27%.

The Nasdaq also powered on to start 2022 trading, lifted mostly by landmark days for Apple (AAPL) and Tesla (TSLA), some of its most heavily-weighted stocks. Apple (AAPL) rallied 3% on Monday to briefly cross a $3 trillion market capitalization, making it the first company to reach that milestone. Shares were mostly flat in intraday trading on Tuesday at $182.12 a piece

Meanwhile, Tesla (TSLA) began the new year with a 13% daily gain on Monday after its fourth quarter vehicle deliveries smashed estimates. Wedbush analyst and Tesla bull Dan Ives thinks it’s just the beginning for the electric vehicle maker, which he predicts will hit a $2 trillion market capitalization in about 18 months. The stock was down 2.74% on Tuesday to $1,166.62 per share.

The “January Effect” seems so far underway. Wall Street theorizes this perception of a seasonal rise in U.S. equities during the first month of the year is caused by an increase in purchasing following the drop in prices that occurs in December when investors sell positions that have declined in order to take the capital loss in that calendar year’s taxes. Some also think the anomaly is the result of traders using year-end cash bonuses to purchase equities the following month.

Strategists have made more than 5,000 calls for year-end S&P 500 targets. With profits expected to trend up, lofty equity valuations growing higher, and a strong pipeline for IPOs in the works, many think stocks will go up — some just believe that not as much.

Among them, Insigneo Financial Group CIO Ahmed Riesgo said an internal rotation is likely in 2022, with stocks that performed very well last year set to potentially underperform and drag the market down a bit while the vast majority of stocks will shoot up. Riesgo predicted mid- to single-digit returns for the [S&P 500] next year.”

“You’re going to see more muted returns in the market this year,” he said. “But I do think that small caps have an edge here over their large-cap brethren just because of the fact that you’re going to see very strong earnings growth.”

Shares of Apple (AAPL) dipped more than 1% during midday trading after the iPhone-maker rallied in Monday’s session toward a $3 trillion market capitalization.

The decline contributed to losses in the Nasdaq as the index pared Monday’s gains to edge 1.8% lower, shedding 280 points.

The Institute for Supply Management (ISM) reported its latest index of national factory activity fell in to 58.7 last month, signaling a cooling demand for goods.

December’s print came in below consensus estimates of 60.2 and lower than the previous month’s read of 61.1, according to Bloomberg Data. Readings above 50 indicate an expansion in manufacturing

Meanwhile, data showed that supply chain constraints are starting to ease. The ISM survey’s measure of supplier deliveries declined to 64.9 from 72.2 in November, with prints above 50% suggesting slower deliveries to factories.

The Department of Labor reported 10.562 million job openings in November in a fresh read out Tuesday on its Labor Turnover Summary (JOLTS). The figure came in below October’s print of 11.033, based on the government’s first estimate for the month. Consensus economist estimates pointed to a 11.079 million in November, according to Bloomberg data.

The data does not yet meaningfully capture the impact of rising cases of COVID on employment in the latest wave of the virus. Some economists suggested labor shortages may be worsened in the near-term due to the latest surge.

“Looking ahead, the Omicron variant wave will likely lead to some short-term weakness in the labor market,” Sam Bullard, senior economist for Wells Fargo, wrote in a note published earlier this week. “However, we believe this will be temporary and that the pace of hiring should pick back up by the spring.”

Ford Motor Company (F) plans to nearly double annual production capacity for its popular F-150 Lightning electric pickup to 150,000 vehicles to keep up with a surge in demand ahead of its arrival at U.S. dealers this spring, the company said on Tuesday.

Ford’s announcement comes as its electric truck vehicle race heats up with competitor General Motors Co (GM), which is scheduled to unveil the Chevrolet Silverado electric pickup on Wednesday set to go on sale in early 2023.

Here’s what happened in the markets at the start of the day’s trading session:

Here’s how contracts on the major indexes fared before market open:

Here were the main moves in markets heading into the overnight session:

Read the latest financial and business news from Yahoo Finance