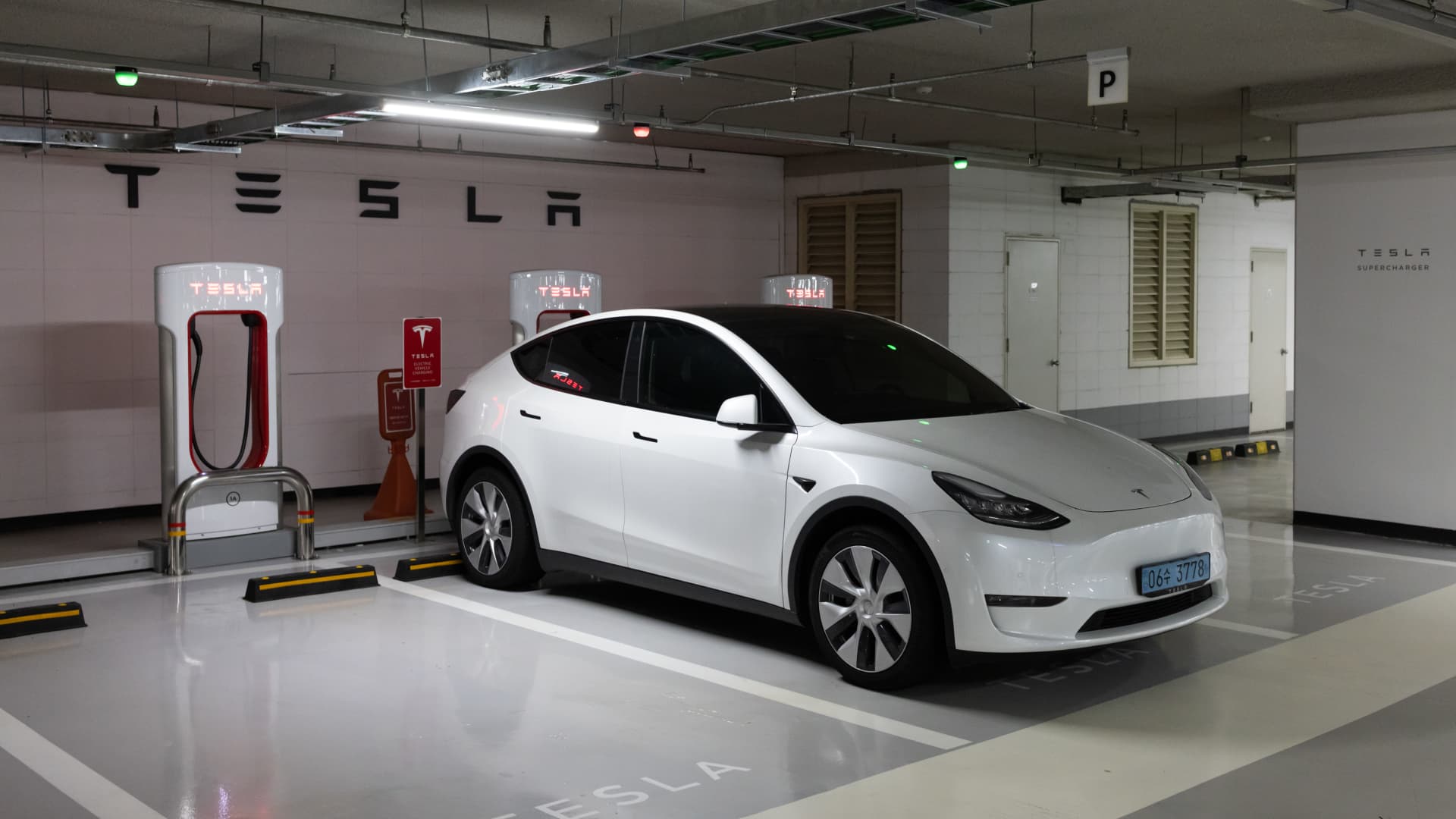 A Tesla electric vehicle is parked at a Tesla Supercharger station in Suwon, South Korea on Aug. 7, 2022.

South Korea’s antitrust regulator said it would impose a 2.85 billion won ($2.2 million) fine on Tesla for failing to tell its customers about the shorter driving range of its electric vehicles in low temperatures.

The Korea Fair Trade Commission said that Tesla had exaggerated the “driving ranges of its cars on a single charge, their fuel cost-effectiveness compared to gasoline vehicles as well as the performance of its Superchargers” on its official local website since August 2019 until recently.

The driving range of the U.S. EV manufacturer’s cars plunge in cold weather by up to 50.5% versus how they are advertised online, the KFTC said in a statement on Tuesday.

On its website, Tesla provides winter driving tips, such as pre-conditioning vehicles with external power sources, and using its updated Energy app to monitor energy consumption, but does not mention the loss of driving range in sub-zero temperatures.

Read more about tech and crypto from CNBC Pro

In 2021, Citizens United for Consumer Sovereignty, a South Korean consumer group, said the driving range of most EVs drop by up to 40% in cold temperatures when batteries need to be heated, with Tesla suffering the most, citing data from the country’s environment ministry.

The 12 Best Income Investments for 2023, According to Barron’s