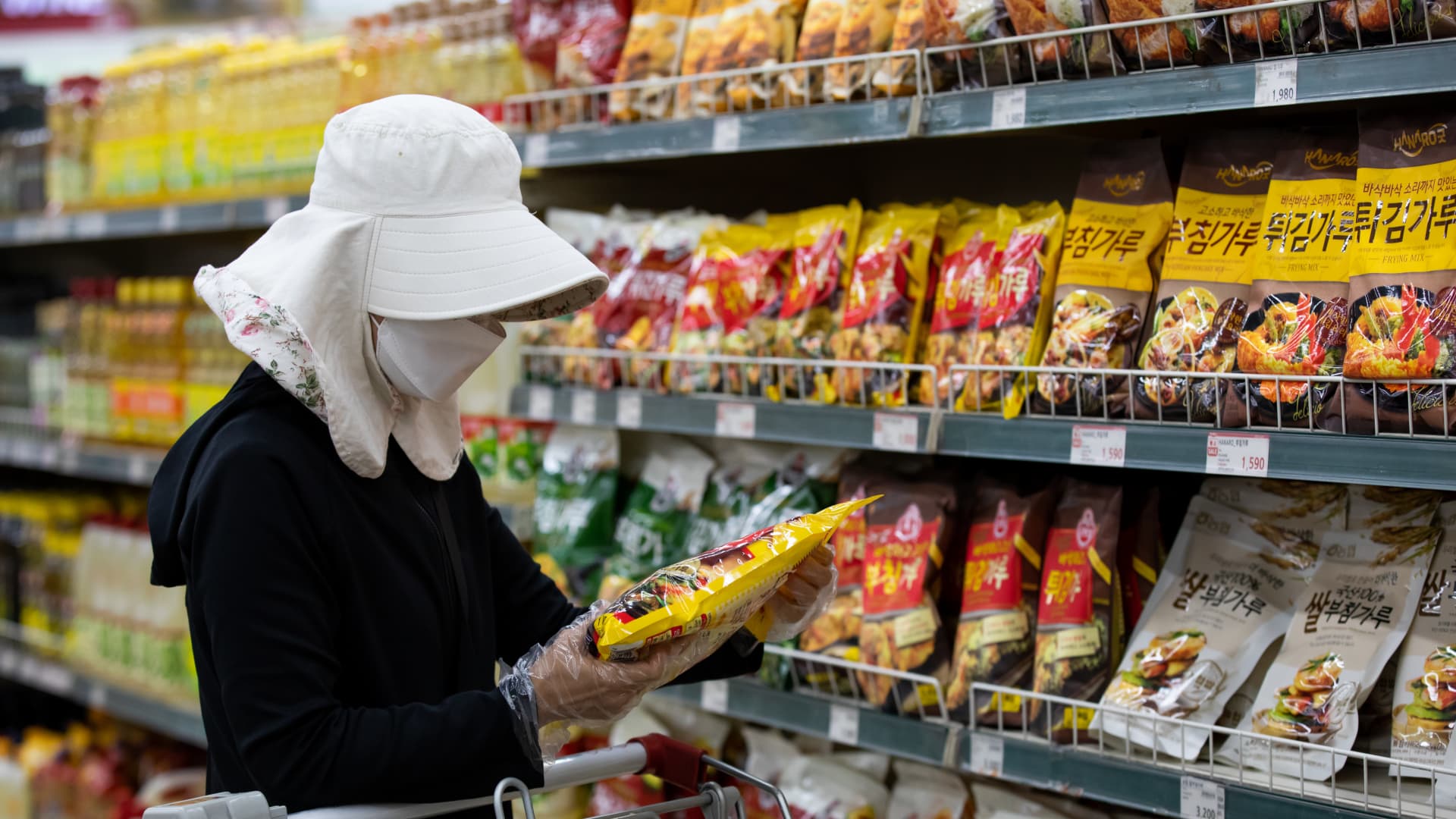 South Korea’s economy saw its first quarterly contraction since the second quarter of 2020, according to advance estimates released by the central bank.

Real gross domestic product fell by 0.4% in the final quarter of 2022 compared with the previous quarter, according to the Bank of Korea — reversing gains seen in the three months prior and shrinking more than the 0.3% contraction forecast by economists in a Reuters poll.

The worsening conditions in South Korea’s economy signaled that a recovery, once seen coming from “revenge-spending” consumers putting the pandemic behind them, may be fading sooner than expected.

A sharp, 5.8% decline in exports dragged down the overall reading, alongside a 4.1% drop in manufacturing and 0.4% contraction in private consumption, the central bank said in its release.

“China’s reopening will be significantly positive for Korea, especially given there’s evidence that supply disruptions took place in November — which pushed down the demand for chips and electronic components very significantly, which should be corrected going forward,” he said on CNBC’s “Squawk Box Asia.”

“First quarter, we expect positive growth given China’s reopening, and also front-loading of fiscal spending, and almost the end of the [interest rate] hiking cycle,” he said.

“Our view is that they might go for one more 25 [basis point] hike before a pause for the rest of Q1,” Goh said, noting that a risk to that scenario would be a resiliently strong U.S. labor market, which would give the Federal Reserve more room for further rate hikes.

Why Tesla Is Still Gunning for Growth