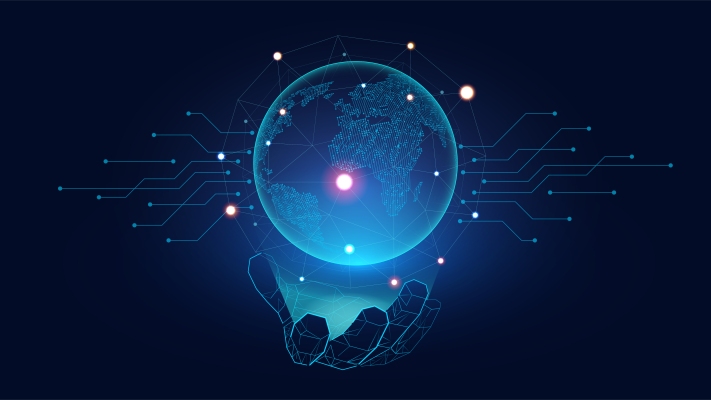 The push by countries at all levels of development to modernize their information and communications networks has created unprecedented demand for technological infrastructure. Governments and industry are investing billions of dollars to expand digital connectivity worldwide. New deployments of 4G, 5G, satellites and fiber-optic cables could create huge opportunities for host nations but pose significant risks if networks are built without adequate safeguards. The U.S. has a role to play in securing the future of the internet and the global digital economy but will need to move beyond confrontation with China to succeed.

Digital access is the foundation for digital services, like fintech and e-commerce, that connect communities to trade and financial resources. As startups in Latin America and Sub-Saharan Africa draw billions in investment, their services require a strong and wide-reaching information communications technology (ICT) backbone to flourish.

​​China, through its Digital Silk Road, Belt and Road Space Information Corridor and other state-led initiatives, has become a leading purveyor of ICT infrastructure virtually everywhere, especially by financing projects in less affluent nations. But these investments come with a price: cybersecurity and manipulation risks due to the influence of China’s government on its vendors.


Due to legal obligations to the Chinese state — including sharing customer data at its request — China’s tech firms cannot guarantee that they will put their clients first. Many firms also host internal Party organizations that influence decision-making. The Communist Party of China (CPC) is not omnipotent — some companies have slow-rolled compliance with information requests — but the CPC’s ongoing crackdown on tech companies is diminishing their ability to circumvent directives.

But because network modernization is an economic imperative and Chinese firms often offer lower prices than their global competitors, many countries choose to source their technology despite these political and security hazards.

While the risks posed by companies such as Huawei are not evidence of collaboration with China’s government, these legal and institutional pressures, combined with engineers’ track record of spying for other national governments, such as in Uganda and Zambia, suggest that even China’s most powerful ICT companies can be susceptible to co-option. As the digital economy grows and diversifies, more kinds of data, from personal communications to financial, business, health and other sensitive information will become vulnerable to a “data trap.”

While state intervention is not guaranteed, the CPC’s approach to foreign affairs heightens that likelihood. Beijing wants international audiences to accommodate its priorities and activities and pursues “information dominance” with that purpose in mind. Data is important for understanding the information environment and shaping perceptions of the CPC, so access to and influence over ICT infrastructure — the vehicle for modern communications — makes the companies that provide it pivotal to Chinese foreign policy.

Information dominance also means preference for CPC-friendly content and platforms, which hinders opportunities for local populations. For example, StarTimes, a Beijing-based media company that upgraded and operates television networks in 30 African countries, received hundreds of millions of dollars from China’s EXIM Bank to enter African markets. It offers state-run media channels in its cheapest subscriptions or even for free which “tell the China story well” to local audiences, at the cost of excluding bandwidth dedicated to local perspectives or media free from CPC propaganda.

In response to the spread of China’s network projects, U.S. policymakers have begun to tackle vendor security assessments and expand government mechanisms to finance ICT. Buried under the Trump administration’s “us or China” rhetoric, the State Department’s Clean Network initiative included country-agnostic criteria for assessing vendor-based cyber risks and support for the multilateral Prague Proposals, which underscored non-technical aspects of 5G security. The administration also retooled the U.S. International Development Finance Corporation (DFC) to better support digital modernization and network construction. In an early victory for DFC, Ethiopia selected a Vodafone-led group in lieu of a bid linked to China’s Silk Road Fund, despite long-standing relationships with Huawei and ZTE to supply telecommunications.

These developments highlight the U.S. commitment to generating alternatives, in collaboration with other countries. But these measures alone may be insufficient to address the scale of China’s approach. In addition to vast government investments into overseas projects, China has subsidized its tech giants to such an extent that Huawei once proposed a 5G project at “a price that wouldn’t even cover the cost of parts.”

The United States, while motivated to offset China’s influence, should not look to outspend it or mimic its approach. Instead, U.S. leadership should mobilize a variety of sustainable investments, find technology solutions to make tech adoption cheaper and pitch neutral infrastructure that will offer equitable opportunities for local economies.

The White House should spearhead creation of a multilateral digital development bank to make more resources available to states looking to modernize their networks. Doing so would also add heft to commitments the Biden administration has made under the G7’s Build Back Better World initiative.

In coordination with Congress, the Biden administration should also back efforts to lower the cost of equipment itself to sustainably compete with China’s low-priced kit. One solution is interoperability in technology standards; Open RAN for 5G networks is one example of how this approach has already proven less expensive than traditional network architecture.

Another avenue to lower costs is to invest in research and development for network technologies that can replace the most expensive legacy components. For example, fiber-optic cables are expensive to deploy on land; workarounds may include wireless optic solutions or integration of satellite mesh networks with terrestrial systems.

Finally, the White House should explore ways to integrate net neutrality principles into network financing projects run by agencies such as DFC. Net neutrality could offer economic benefits to host nations by keeping the digital playing field open for local media and innovation. Neutral networks would set the foundation for a third way forward from what has been criticized as digital colonization by China’s government and similar criticisms of the U.S. private sector.

A digital network is ultimately a means to an end: infrastructure for interpersonal communications, content, services, industry and innovation. While few countries, at least for now, supply ICT infrastructure to the majority of the world, that majority should have full access to the opportunities it can offer. A revised route to digital modernization, premised on open participation, can not only offset the local costs of China’s cyber and influence power, but pave the way for an equitable internet for all.

Omicron is spreading across the U.S. but few people use exposure notifications