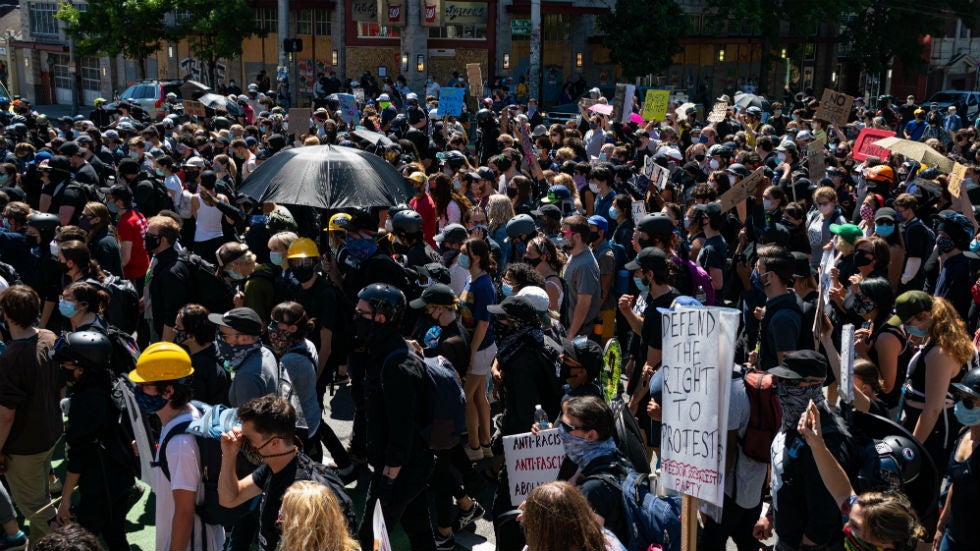 A “misinformation effort” that caused alarm among racial justice protestors was “approved, ordered, and led” by an unnamed member of the Seattle Police Department, the OPA wrote in findings released as a conclusion to a probe that began in 2020.

The OPA began looking into the radio transmissions from the night of June 8, 2020, after a journalist contacted the office with concerns in November of 2020. The transmissions discussed police officers spotting members of the far-right group the Proud Boys as they were heading towards protestors.

“There was radio chatter that the Proud Boys were heading to Capitol Hill and protesters began building barricades and arming themselves,” the findings noted.

“The journalist stated that, when this occurred, it seemed like everyone in the crowd who owned guns went to get theirs and the event went from being peaceful to something entirely different,” the OPA wrote.

In the probe’s conclusion, the OPA noted that the transmissions were a ruse coordinated and approved by a higher-up within the department.

“The officers that engaged in the effort did so in compliance with orders from the chain of command,” OPA wrote.

The mention of the Proud Boys was a “misinformation effort” and an “improper ruse that violated policy,” it added.

The two officers who organized the effort have since left the department, the summary notes. Those higher-up officers, not the individual officers who participated in the transmissions, “bear responsibility for what subsequently occurred,” OPA wrote.