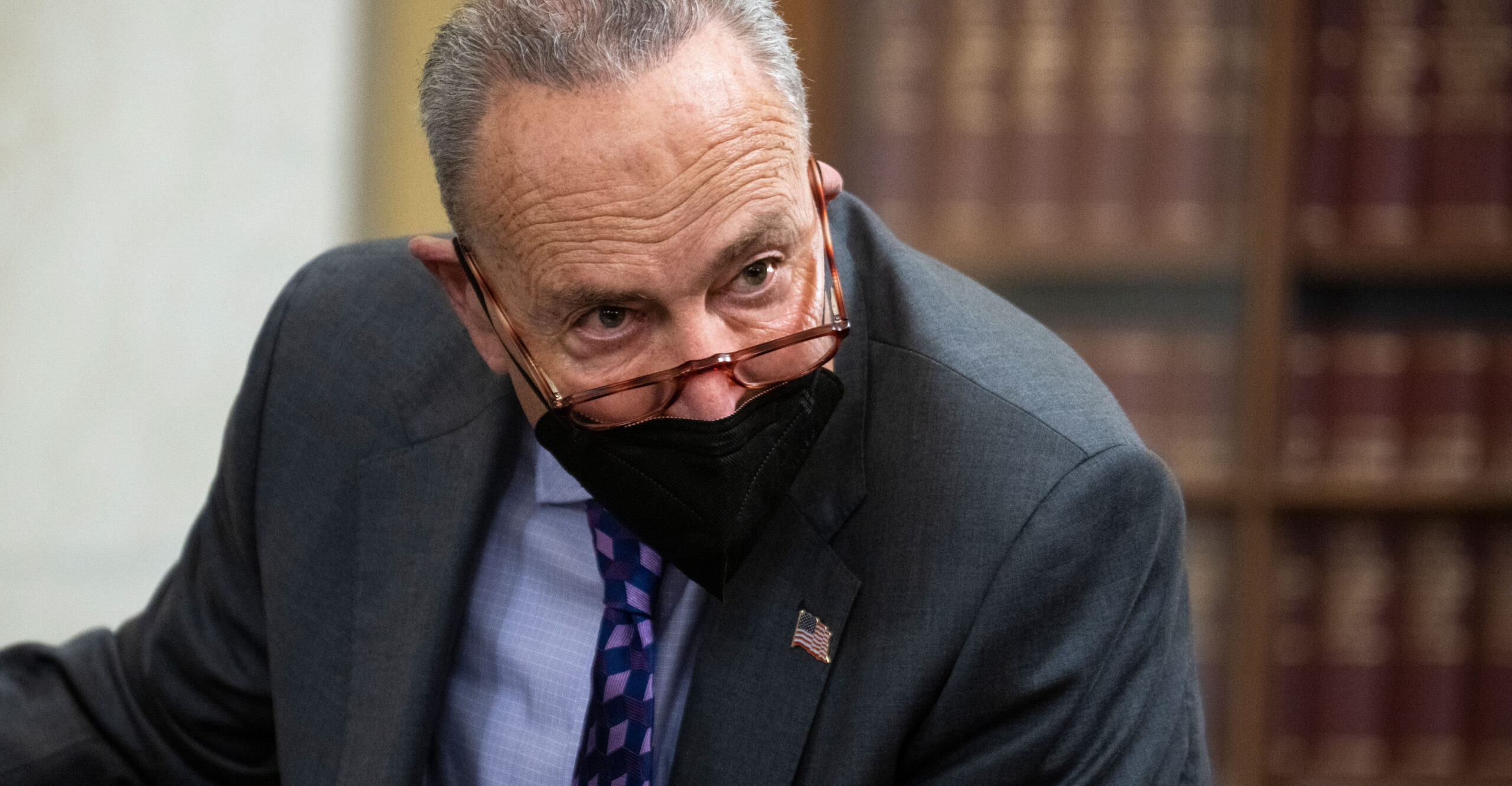 In a “Dear Colleague” letter this week, Senate Majority Leader Chuck Schumer warns that if Republicans refuse to support Democrats’ unconstitutional efforts to nationalize elections, he will move to eliminate legislative checks and balances by blowing up the filibuster.

“As former Senator Robert Byrd famously said, Senate Rules ‘must be changed to reflect changed circumstances,’” Schumer, D-N.Y., argued. “Put more plainly by Senator Byrd, ‘Congress is not obliged to be bound by the dead hand of the past.’”

And by the “past,” Schumer means only a couple of years ago, when he led a record 300-plus filibusters during Donald Trump’s presidency.

In 2005, when Republican George W. Bush was president, Schumer, coincidentally, also warned that eliminating the legislative filibuster was a “doomsday” for democracy.

Indeed. And to avoid looking like a conniving, power-hungry, partisan hypocrite with absolutely no respect for the institution he serves, Schumer rationalizes his assaults on norms by pretending the nation faces an existential threat to “democracy.”

And so, Schumer has fused together two of the contemporary left’s most cynical and pernicious projects. First, the trashing of the filibuster, part of a broader effort to create a more direct democracy to ram through massive, unalterable policy changes with the slimmest of majorities in the shortest of windows.

Democrats attempted to do as much with their abuse of the reconciliation process but have thus far failed. Now, Schumer proposes nationalizing elections by overturning the will of voters and compelling states to adopt chaotic voting regulations that he believes will favor Democrats in the long run.

But no one has a “right” to vote without an ID. No one has a “right” to ballot harvest. And many Democrats’ proposals, as in empowering the federal government to mandate gerrymandering and forcing taxpayers to finance congressional campaigns, have absolutely nothing to do with voting rights—nor do proposals meant to dismantle First Amendment protections.

Obsessed with rolling back Citizens United, Democrats have proposed forcing organizations that engage in political discourse to disclose their donors, creating more bureaucratic impediments for those who engage in speech.

OK, I’ve run out of synonyms for “force.”

None of this is the federal government’s business, anyway. If Democrats truly believe that voter integrity laws in Georgia or Texas are threatening democracy, they would see them adjudicated in the courts, not used as a pretext to further upend the system in a power grab.

Most of the state regulations that Democrats claim are Jim Crow 2.0 simply undo some of the anarchic COVID-19-era rules and reinstate standards that exist in many blue states and basically all Western nations. If we embraced Democrats’ evolving definition of “voting rights,” we’d also be forced to treat every election before 2020 as completely illegitimate.

Now, it’s unlikely that Schumer will succeed. Sen. Kyrsten Sinema, D-Ariz., reportedly reiterated during a Democratic Caucus meeting that she will not support getting rid of the filibuster. Sen. Joe Manchin, D-W.Va., doesn’t seem open to the idea, either. But is there any doubt Schumer would do it if he could? Is there any doubt he’s continuing to normalize un-American majoritarianism? Is there any doubt he is willing to destroy the Senate?

It is also obvious that Democrats, having stumbled in their effort to pass welfare expansion and dealing with a slew of presidential missteps, are on the cusp of losing what would be a tough midterm election even if things were going swimmingly.

Now that the gerrymandering talking point is (or should be) neutralized, Democrats will have to do more corroding of trust in elections by leaning into the notion that supporting basic voter integrity is racist. I guess you can’t blame the Russian gremlins every election.

In his letter, Schumer compared Republicans who believe Americans should provide photo IDs to vote to “violent insurrectionists.” In truth, Schumer, because of his power, is a bigger threat to the constitutional order than any rando who showed up to riot on Jan. 6. Unlike their actions, his attacks on the system would live on in perpetuity.

Have an opinion about this article? To sound off, please email letters@DailySignal.com and we’ll consider publishing your edited remarks in our regular “We Hear You” feature. Remember to include the URL or headline of the article plus your name and town and/or state.