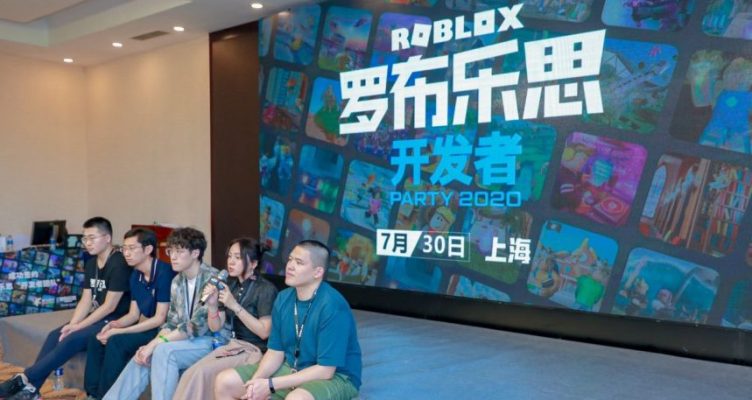 On December 8, Roblox’s Chinese version LuoBuLeSi, published and operated by Tencent, abruptly closed down its server four months after it launched on iOS and Android.

Many users, taken by surprise, took to Chinese social media to complain about the short notice. What users had been playing was in fact an “archive-deleting test version,” LuoBuLeSi said in a notice. But one user snapped: “Have you seen a testing game that lets users add funds to their accounts?”

“Last year, we launched Roblox China also known as LuoBuLeSi with a vision to build an immersive virtual universe of 3D experiences in China that we have been testing and iterating on along the way,” a Roblox spokesperson said in a statement to TechCrunch.

“We always knew that building a compelling platform in China is an iterative process, and we are thankful for the support of LuoBuLeSi users and our global developer community.”

Tencent has not responded to TechCrunch’s request for comment.

In May 2019, Roblox and Tencent announced a joint venture in which the former holds a 51% controlling stake and Tencent with 49%, a rare arrangement in which a foreign entity commands the majority share in a Chinese joint venture. In July 2020, LuoBuLeSi rolled out an Android test version, which explicitly said it would clear user archives when the period ended.

Roblox’s unique offering might have taken it more time to secure regulatory greenlight. LuoBuLeSi has billed its education-oriented angle at the outset. Yet last year, China launched a sweeping crackdown on the private education sector. China’s heightened restriction on children’s gaming time was also expected to limit LuoBuLeSi’s exposure to young players.

One may also wonder how China’s new data regulations have impacted foreign internet service operators in the country. Yahoo and LinkedIn, in response to China’s tightening cross-border data transfer rules, won’t be the last foreign companies to pull their services from the massive market.

“It is critical that we now make the necessary investments, including investments in our data architecture, in order to realize our long-term vision for LuoBuLeSi. We have determined that a number of important transitory actions are necessary as we build the next version of LuoBuLeSi.”

To publish in China, overseas games normally seek a local partner to help with marketing, distribution, and perhaps most important, regulatory compliance and application for gaming licenses.

An ally like Tencent would ensure LuoBuLeSi’s user-generated plays don’t go out of line with Chinese authorities. LuoBuLeSi is isolated from Roblox’s global platform and doesn’t have the same reservoir of games or pool of players. As a result, many Chinese users have hopped over to the global version via VPNs, a common phenomenon where the Chinese edition of a globally popular title is subject to censorship.

LuoBuLeSi is nonetheless still the gateway for many developers, both domestic and overseas, to have a crack at China’s casual-games market. That no date has been set for the “official” launch no doubt makes many creators impatient. The platform had generated 1.7 million installs in the China App Store prior to its removal on December 8, according to app analytics firm Sensor Tower.

“When we launched LuoBuLeSi last year, we were taking the long view in China wanting to build a platform that would deliver a compelling metaverse experience,” said the Roblox spokesperson. “That goal has not changed.”

The weirdest and most interesting tech at CES 2022