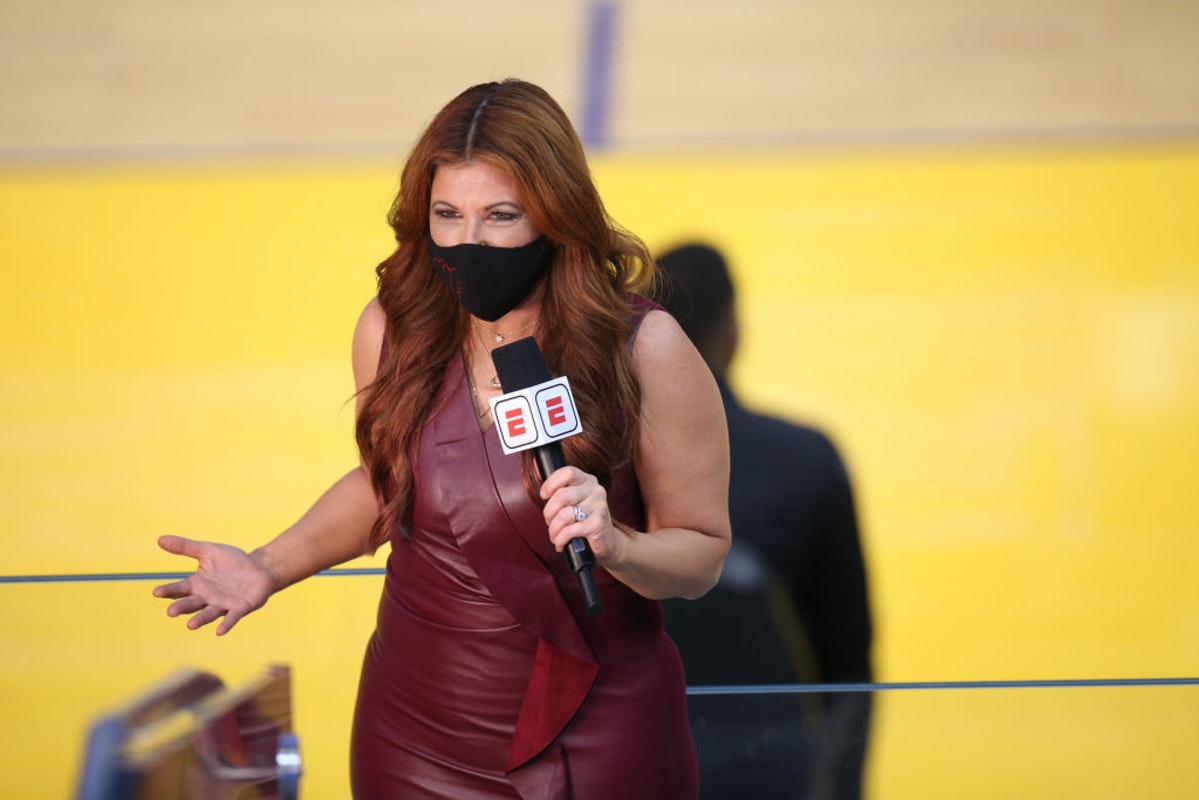 As reported by Andrew Marchand of The New York Post, NBA analyst Rachel Nichols and ESPN have come to an agreement, officially ending her time at the four-letter network. The terms of the deal were not disclosed, but The Post reports that Nichols was making between $1.5-$2 million per year, and had one year remaining on her contract. She is free to pursue other opportunities immediately.

Nichols’ time at ESPN comes to an abrupt end following a July 2021 New York Times report detailing a private conversation she had with longtime LeBron James advisor Adam Mendelsohn in July 2020. Nichols was covering the NBA playoffs while in the NBA bubble in Orlando, Florida at the time of the conversation.

In the conversation with Mendelsohn, which was inadvertently recorded, Nichols was discussing how she was recently informed by ESPN management that she would not be hosting ESPN’s pregame and postgame shows for the 2020 NBA Finals. Maria Taylor — a black woman and reporter — would be given the assignment.

“I wish Maria Taylor all the success in the world — she covers football, she covers basketball,” Nichols said on July 13, 2020. “If you need to give her more things to do because you are feeling pressure about your crappy longtime record on diversity — which, by the way, I know personally from the female side of it — like, go for it. Just find it somewhere else. You are not going to find it from me or taking my thing away.”

Nichols had not turned off the video camera placed in her room in order for her to perform her duties as host of “The Jump,” a popular NBA program on ESPN. Her conversation with Mendelsohn was recorded and sent to a server at ESPN headquarters in Bristol, Connecticut.

Of the people who had access to the recording on ESPN’s server, one recorded it to a cell phone and shared with others. The recording eventually reached ESPN executives and set off a firestorm at the network, with many feeling that Nichols should be punished for what she said. The NY Times wrote, “They were especially upset by what they perceived as Nichols’s expression of a common criticism used by white workers in many workplaces to disparage nonwhite colleagues — that Taylor was offered the hosting job only because of her race, not because she was the best person for the job.”

Shortly after the New York Times report, Nichols apologized for her comments on “The Jump.”

“The first thing they teach you in journalism school is, ‘Don’t be the story.’ And I don’t plan to break that rule today or distract from a fantastic Finals,” Nichols said. “But I also don’t want to let this moment pass without saying how much I respect, how much I value our colleagues here at ESPN. How deeply, deeply sorry I am for disappointing those I hurt, particularly Maria Taylor. And how grateful I am to be a part of this outstanding team.”

Nichols was eventually removed from her sideline duties for the 2021 NBA Finals, and “The Jump” was cancelled. Nichols had been the host of the show for the past five years.

Taylor is no longer with ESPN, unable to come to an agreement with the network for a new contract. She has since moved on to NBC.