What Biden's Crackdown on 'Junk Fees' Could Mean for Travelers, Concertgoers and Credit Cards 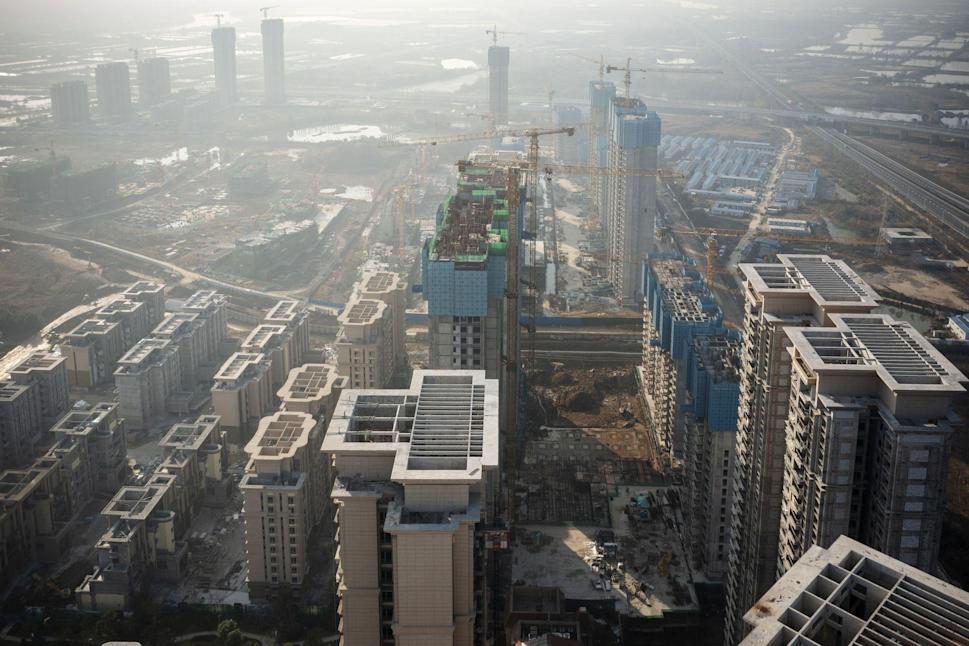 (Bloomberg) — Chinese developer shares dropped following local media reports that China Evergrande Group has been ordered to tear down apartment blocks in a development in Hainan province. Evergrande halted trading in its shares and said the order affected more than three dozen buildings but had no impact on the rest of the development.

An index of Chinese developer shares slumped as much as 2.8% in Hong Kong on Monday before closing 1.7% lower. Evergrande will handle the case in accordance with the demolition order from the local government in Hainan, a unit of the company said in a statement. Evergrande’s comments came after Cailian reported that the local government told Evergrande to demolish 39 buildings in 10 days because the building permit was illegally obtained.

The Hainan news underscored investor concern that policy makers are unlikely to dramatically ease their crackdown on indebted property companies like Evergrande even as they take steps to ensure stronger developers retain access to funding. “Even though the Hainan project isn’t a significant one in its country-wide strategy, it will have a big impact on confidence,” said Kenny Ng, strategist at Everbright Sun Hung Kai Co.

Property firms have mounting bills to pay in January and shrinking options to raise necessary funds. The industry will need to find at least $197 billion to cover maturing bonds, coupons, trust products and deferred wages to millions of migrant workers, according to Bloomberg calculations and analyst estimates. Contracted sales for 31 listed developers fell 26% in December from a year earlier, according to Citigroup Inc. analysts. Evergrande’s sales dropped 99% and were 7% lower than November, the analysts wrote in a note dated Sunday. Sales for Shimao slid 25% from November.

The slump in developer shares wasn’t matched by their bonds. Chinese high-yield dollar bonds rose as much as 1 cent on the dollar on Monday, according to credit traders.

Sunac Services’ agreement to buy a stake in First Service has been terminated as no formal deal has been entered into on or before Dec. 31, Sunac Services said in Hong Kong stock exchange filing.

Evergrande records a 99% decline in sales year on year, the steepest among 31 listed developers tracked by Citigroup analysts, and a 7% drop versus November.

December sales overall were not as bad as feared, Citi analysts including Griffin Chan write in Sunday note, with weighted average for 31 developers down 26% from a year earlier, and up 23% from November.

The government of Danzhou, a prefecture-level city in the southern Chinese province of Hainan, has asked Evergrande to tear down 39 illegal buildings in ten days, Cailian reported on Sunday, citing a document from the local government.

The report cited the document, which was dated Dec. 30, as saying that the Danzhou government said an illegally obtained permit for the buildings had been revoked so the buildings need to be dismantled.

Evergrande didn’t immediately respond to a request seeking comment and calls to Danzhou authorities went unanswered on a public holiday in China on Monday.

Shares in Shimao Group Holdings dropped 5.9% to the lowest since March 2009 after the property company missed its targets.

“Risks to Shimao’s liquidity could extend into 2022 as a parade of unfavorable media headlines threatens to keep potential buyers at a distance,” Bloomberg Intelligence analyst Kristy Hung wrote in a note on Monday.

The company missed its lowered, 290 billion-yuan sales guidance for 2021 by 7%, with December’s sales tumbling 68% year-over-year and by 25% sequentially, to 12 billion yuan, according to China Real Estate Information Corp.’s preliminary data.

The company gave no reason for the trading suspension.

China Evergrande on Friday dialed back payment plans on billions of dollars of overdue wealth management products as its liquidity crisis showed little sign of easing.

Cifi Holdings offered to buy the outstanding notes at $1,000.5 for each $1,000 in principal amount plus accrued and unpaid interest, it said in a statement to the Hong Kong stock exchange.

The Chinese developer will determine the aggregate principal amount of notes that it will accept for purchase. The offer to buy the $505.1 million of notes that remain outstanding will expire at 4pm London time on Jan. 7.

The industry will need to find at least $197 billion to cover maturing bonds, coupons, trust products and deferred wages to millions of migrant workers, according to Bloomberg calculations and analyst estimates. Beijing has urgedbuilders like China Evergrande Group to meet payrolls by month-end in order to avoid the risk of social unrest.