PG&E equipment is blamed for starting the Dixie Fire in Northern California.
Advertisement 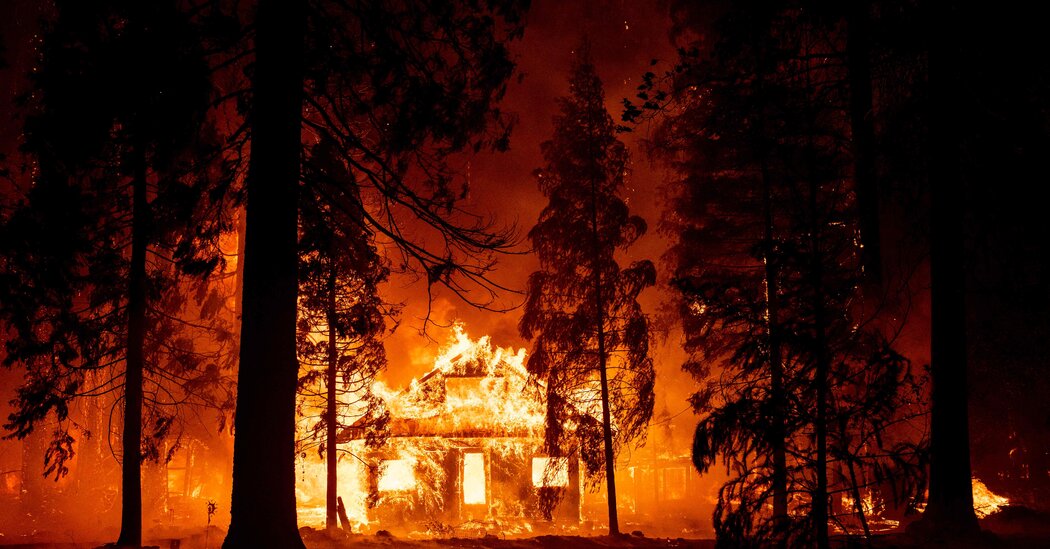 California fire investigators on Tuesday pinned the blame for the Dixie Fire — the second-largest blaze in the state’s history — on equipment owned by Pacific Gas & Electric and referred the case to prosecutors.

The Dixie Fire burned more than 963,000 acres in the Northern California areas of Butte, Plumas, Lassen, Shasta and Tehama Counties in July, destroying 1,329 buildings and damaging 95 others. The cause, investigators determined, was a tree that came into contact with PG&E’s power lines near the Cresta Dam about 100 miles north of Sacramento.

Investigators at the California Department of Forestry and Fire Protection, known as Cal Fire, referred their findings to the Butte County district attorney, who previously brought charges against PG&E for the 2018 Camp Fire, which killed scores of people and destroyed the town of Paradise.

In that case, PG&E pleaded guilty to 84 felony counts of involuntary manslaughter and one felony count of illegally setting a fire. The utility also agreed to pay $3.5 million in fines as part of the criminal plea.

In a statement in response to Cal Fire’s determination, PG&E said the tree that fell struck equipment that was functioning properly. “This tree was one of more than eight million trees within strike distance to PG&E lines,” the utility said. “Regardless of today’s finding, we will continue to be tenacious in our efforts to stop fire ignitions from our equipment and to ensure that everyone and everything is always safe.”

PG&E also has charges pending in Shasta County, where the district attorney has charged the utility with manslaughter, along with other felonies and misdemeanors in connection with the Zogg Fire, which burned more than 56,000 acres and destroyed 204 buildings near Redding.

Since 2017, PG&E has been the focus of the state’s extreme wildfires that have been made worse by climate change. The company has taken numerous steps to prevent wildfires, including installing weather stations and cameras. The utility has also resorted to the extreme measure of cutting off power, sometimes to millions of people for days.

After PG&E amassed $30 billion in liability from the wildfires caused by its equipment, the utility sought bankruptcy protection in January 2019. The company exited bankruptcy in July 2020, promising to work to prevent further wildfires. Victims of the fires have continued to seek compensation for their losses that became part of the company’s bankruptcy plan.

The Dixie Fire — among at least three fires that PG&E’s equipment was suspected of causing last year — underscored the lingering threat of wildfires caused by utility equipment.

Stocks Waver Ahead of Fed Minutes