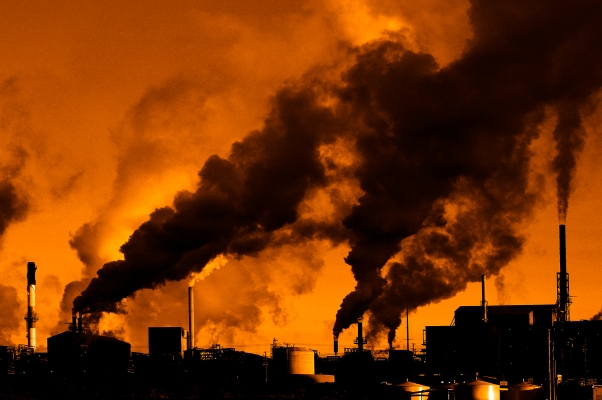 Peter Reinhardt spent the last decade as CEO at Segment helping to build the customer data platform, selling it to Twilio for $3.2 billion along the way. Today, Reinhardt announced he was leaving Twilio to be full-time CEO at Charm Industrial, a carbon mitigation startup he co-founded in 2018.

Reinhardt expressed mixed emotions about leaving, calling it bitter sweet, but believes that working on the global climate crisis is something that demands his attention now. Steve Davito, Twilio Segment’s go-to-market leader, will take over for him, according to the company.

Reinhardt says that the Charm’s business began to accelerate last year after his co-founder, chief scientist Shaun Meehan, had a couple of key breakthroughs, and he felt it was time to devote his energies completely to the venture.

“My co-founder Shaun realized that we could convert biomass into a liquid and that that solved a whole bunch of economic logistics issues around how to make biomass accessible,” Reinhardt told me.

We’ve seen biodiesel fuel produced from vegetable oil or cooking grease to run specially equipped vehicles for years. Jon Shieber, former TechCrunch reporter, who now works as a venture partner and chief editor at Footprint Coalition, a firm that invests in climate startups, says this is taking the opposite approach.”It’s biodiesel production, but instead of burning the fuel, they sequester it permanently,” he said.

The company reports it’s off to a decent start, removing over 5400 tons of carbon dioxide from the atmosphere in 2021 using this method, its first full year in operation. It believes that makes it the most successful and largest carbon mitigation project in history, but even with that kind of success, the startup recognizes that it is just the beginning.

“And yet… 5,000 tons is a drop in the bucket. We are in a race against time to remove billions of tons of carbon dioxide per year (according to IPCC models.) We’ll need multiple methods of carbon removal, all scaling at breakneck speed, to meet our climate goals,” Reinhardt wrote in the company blog in October.

Shieber says that Charm Industrial is in fact part of a group of startups trying to attack this problem. “All [of these companies are] very promising parts of an emerging chain of carbon capture, sequestration and utilization. Solutions have to do more than just replace fossil fuels. We have to clean up the mess we’ve made in the air,” Shieber told me.

The company generates revenue by having customers pay them in a form of carbon offsets to cancel out their carbon usage across the supply chain. Stripe was the startup’s first customer.

“Stripe really led the way here with a carbon dioxide removal RFP. And so they became our first customer. They’ve purchased a couple hundred tons of permanent removal. And they’ve also gone and purchased from a number of other really interesting new technologies that also do permanent carbon removal,” Reinhardt told me.

Other companies who have bought into this approach with Charm Industrial include Shopify, Zendesk, Block (formerly Square) and Microsoft.

Pitchbook reports Charm raised over $25 million to date, a number he disputed, only confirming that the company has raised an A round.

Ask Help Desk: How employers can create a sense of community and safety during omicron surge

Facebook Portal Go Is Great For Kids, Except For One Thing (Review)