OpenSea Valued at $13.3 Billion in New Round of Venture Funding
Advertisement 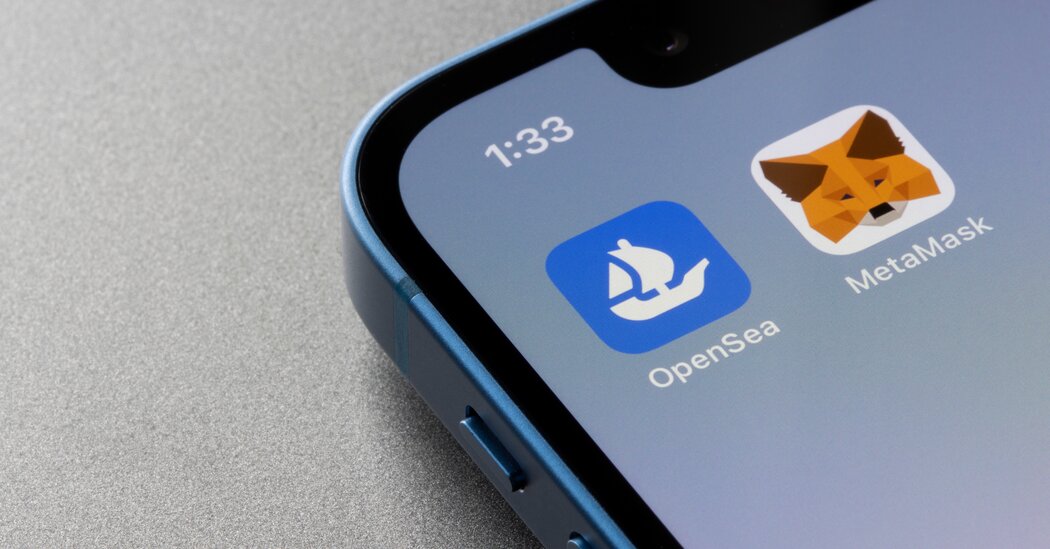 OpenSea, one of the most talked about blockchain start-ups in Silicon Valley, said on Tuesday that it had raised $300 million in new venture capital, making it the latest company to cash in on a rush to fund cryptocurrency start-ups.

The new round of funding, led by the investment firms Paradigm and Coatue Management, brings the start-up’s valuation to a staggering $13.3 billion just four years after it was founded. OpenSea previously raised more than $100 million from a host of investors, including the investment firm Andreessen Horowitz and the actor Ashton Kutcher, according to data provided by the company.

Founded in 2017, OpenSea was created as a marketplace for people to buy and sell so-called NFTs, or nonfungible tokens, which are unique pieces of digital code backed by blockchain technology.

NFT items can vary, but the most popular tokens are pieces of digital art created by artists who list their pieces for auction on the OpenSea site, similar to listing on eBay. Winning bids can sometimes reach hundreds of thousands of dollars worth of Ethereum, a popular cryptocurrency and blockchain technology connected to most kinds of NFTs.

As crypto-focused start-ups have grown more popular in recent months, OpenSea has become the central place for enthusiasts to trade NFTs. That has attracted the attention of investors who are keen to place increasingly large bets on the busy cryptocurrency space.

“In 2021, the world woke up to the potential of NFTs to unlock utility and economic empowerment across a vast set of industries, communities and creative categories,” said Devin Finzer, one of the founders and the chief executive of OpenSea. “Our vision is to be the destination for these new open digital economies to thrive.”

Still, many cryptocurrency critics think the frenzy around NFTs and blockchain technology is a fad, plagued by questionable activity. Last week, there was a brief controversy surrounding OpenSea after one of its patrons claimed that $2.2 million worth of NFTs had been stolen from him. (OpenSea later froze the stolen assets and prohibited the items from being traded on its site.)

Those worries have not stopped technologists. Start-ups focused on cryptocurrencies and NFTs are recruiting droves of employees from big tech companies like Meta, Google and Amazon, luring them with the promise of working on new — and potentially lucrative — technologies. Last year, Brian Roberts, the former chief financial officer at Lyft, left the ride-hailing company to join OpenSea as its first chief financial officer. The company also recently hired Shiva Rajaraman, a former vice president of commerce for Meta, as its vice president of product.

The company said it plans to use the new funding to add to its more than 90 employees, while doubling the size of its trust and safety team. The company also plans to invest heavily in product development to make its blockchain technology more accessible to mainstream consumers, and will soon launch a grant program to support creators and blockchain builders in the NFT space.

News that OpenSea was seeking funding was earlier reported by the tech newsletter Newcomer.

Smart Retainer Could Let You Text With Your Tongue