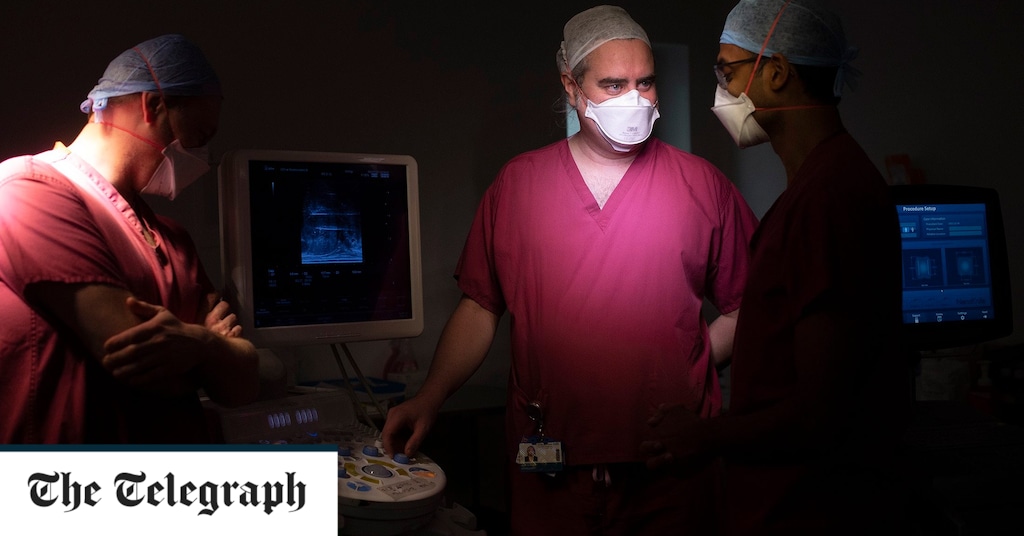 Experts said the new treatment is far less invasive than standard treatments, meaning it can be carried out more quickly and with fewer side-effects. Standard treatments such as surgery can cause problems with urination, incontinence and loss of sexual function.

The new technique, called irreversible electroporation, administers quick electrical pulses into the tumour, cutting open the membrane of the cells. It means treatment can be targeted with ultra precision, posing fewer risks to surrounding organs and healthy tissues. It can also be used on tumours that were previously difficult to treat.

Surgeons at UCLH have now carried out the first six operations for prostate cancer on the NHS, and consultant urologist Prof Mark Emberton said: “This offers us a new class of therapy – it’s a completely new way of destroying cells. The beauty of it is that it’s such a simple technique to train surgeons in. That makes it a game-changer.”

Prof Emberton, one of the country’s leading prostate surgeons, said that gave it the potential to become a standard treatment for the disease.

Targeted treatments, also known as “focal” therapies, which also include the freezing technique cryotherapy and focused ultrasound, are currently only available in major specialist centres.

“At the moment you can only get focal therapies in a few centres in the south of England, which is terrible,” said Prof Emberton. “Around a third of men with prostate cancer could benefit from some type of focal therapy, but only a tiny fraction of them even get a discussion about it.”

He said he hoped to see a rapid uptake of the therapy at hospitals across the country, as part of efforts to tackle a huge cancer backlog, adding: “It’s an amazing treatment, so quick, and it means we can reach tumours that are beyond where the knife can reach.”

Because the treatment can be done as a day case and in less than an hour, surgeons can carry out at least twice as many procedures in the time it would normally take to do one traditional operation, and without a hospital stay.

“At times like this, when the NHS is under great pressure, day surgery avoids the need for overnight stays in hospital and means that we can use our operating theatres more efficiently,” Prof Emberton said.

Alistair Grey, the consultant urologist who led the first operations, said: “What is very exciting about this treatment is its precision in targeting and attacking the cancerous cells without damaging healthy tissue, and maintaining the prostate’s important functions.”

Nanoknife, manufactured by AngioDynamics, works by administering quick electrical pulses, using electrodes, around the tumour to kill the cancerous cells.

Guided by MRI scanning, the short ulses can be targeted to the right area, and surrounding healthy cells are left untouched and preserved, experts said.

Natalia Norori, the knowledge manager at Prostate Cancer UK, said: “Early studies suggest that treatments like Nanoknife could effectively treat prostate cancer while also reducing side-effects for men. This technology is one of many types of focal therapy on the horizon, which are designed to target the tumour more precisely and limit damage to the rest of the prostate.

“This could make a big difference to the quality of life of men diagnosed with localised prostate cancer, and it now needs to be tested in much larger trials to see whether it is as effective as traditional treatments.”

The UCLH team has now carried out six procedures, with 70-year-old Neil Gershon among those receiving the treatment on the first day.

Lessons From a Trump Appointee