The NHS is hiring more doctors from outside the UK and the European Economic Area than from within for the first time, setting off a moral argument over the health service’s growing mentality of “poaching” from the developing world.

Unpublished figures from the General Medical Council (GMC) show that 7,377 (37%) of the 19,977 doctors who started work in the NHS in 2021 had a British qualification.

A total of 10,009 new medics learned medicine outside the UK and the EEA – so-called international medical graduates (IMGs) – compared with 9,968 within. Many were from countries such as India and Egypt that are grappling with shortages of medics.

Hospitals cannot recruit more homegrown doctors because the number of medical graduates the UK is producing has risen only slightly, from 7,180 in 2016 to 7,377 last year.

Jeremy Hunt, the health secretary in 2012-18, said overseas recruitment was “morally dubious”. Others accused the UK of breaching WHO guidance on the recruitment of health professionals from countries with much less well-developed healthcare systems. The ageing population has contributed to an acute global shortage of doctors and nurses.

Hunt, the chair of the Commons health select committee, said: “The NHS would simply fall over without clinicians from abroad and we should welcome them with open arms. But depending on immigration from poorer countries to staff our NHS as a long-term strategy is morally dubious where these doctors are desperately needed in their home countries.”

J Meirion Thomas, a retired NHS cancer surgeon who obtained the figures from the GMC, said the “poaching of so many foreign doctors” was unethical. He said most IMGs came from low-income countries “where they are desperately needed to provide essential services”.

Thomas said: “The largest cohorts come from India and Pakistan, even though, according to WHO recommendations of doctor-to-patient ratios, India has a shortage of about 600,000 doctors and Pakistan 200,000 doctors. This ongoing practice … raises serious moral and ethical questions.”

Britain is also recruiting more and more nurses and midwives from outside the EEA. A total of 23,408 of such professionals began working in the UK in 2021-22, almost nine times more than the 2,719 who did so in 2017-18, according to recent Nursing and Midwifery Council (NMC) figures. Two-thirds of last year’s recruits trained in India or the Philippines.

James Buchan, an NHS workforce expert and visiting fellow at the Health Foundation thinktank, said the UK was increasingly failing to honour WHO guidance aimed at limiting rich countries’ recruitment of health personnel from poorer ones.

“The UK and all other member states have signed up to the WHO code [of practice] which asks that there be no active international recruitment of health professionals from designated ‘red list’ countries,” he said.

“The latest UK data suggests that there are questions to be asked and answered about a significant surge in the number of nurses and doctors being registered from these red list countries, such as Nigeria.” There are 3,000 nurses and midwives from Nigeria in the UK, NMC figures show.

Buchan added: “No health professional should be blocked from moving abroad to improve their job, career and life. But the aggregate effect of many individuals making that decision to move, when actively recruited, can be damaging to low-resource health systems.”

The GMC figures also show that Hunt’s promise in 2016 that “by the end of the next parliament [2025] we will make the NHS self-sufficient in doctors” has no chance of being fulfilled.

A Department of Health and Social Care spokesperson said: “We are grateful to all those who have come from abroad to work in our fantastic NHS and social care sector. Internationally trained staff have been part of the NHS since its inception in 1948 and continue to play a vital role.

“While we are absolutely delighted that these doctors have chosen to work in the NHS, we know that the world is struggling to train, employ and retain a sufficient and skilled health workforce. We have therefore committed £20m towards programmes to strengthen the health workforce in a small number of developing countries.”

‘There’s always something to be done’: how the Janes provided illegal abortions before Roe | Documentary films

Ambulance workers across England have voted to strike over pay and staffing levels, and action is expected before Christmas. Thousands of 999 call handlers, ambulance technicians, paramedics and others working for ambulance services are expected to take part. Joshua, a paramedic in northern England, shares why he’s striking.

“I’ve been a paramedic since 2016 and it’s absolute hell doing this job currently. I genuinely believe most of the public have no idea how bad the situation is. We’re being pushed beyond limits, constantly [having] dispatchers pleading for crews to come through. A massive part of the issue is that ambulances are just sat at hospitals for hours on end.

“We’re going to patients who have waited for 12-13 hours. Ambulance crews are seeing [patients die] day in and day out. I think to myself, god, please don’t let any of my family members need an ambulance. It’s terrifying.

“The cost of living is astronomical, as everyone well knows. [We’ve had] real-terms pay cuts year after year. I’ve gone from living a relatively comfortable life to just counting every penny that I have. I feel sick [when I] have to spend fuel on the car.

“I’ve seen co-workers crying, single parents who can’t afford to do this job any more. So many people are leaving because we’re treated [badly] and not paid anywhere near enough.

“Patient safety has fallen through the floor, paramedics can’t reach them in time, there’s simply not enough staff to get to those patients. If the government wanted to do something about that, they would pay paramedics properly and then people would see it as a good job that’s rewarding and consider doing a career in [it]. Patient safety is directly linked to pay. People are quitting at a time where staffing is below critical.

“The issue is absolutely systemic across the entire NHS. Staff going off sick with burnout, stress and suicidal thoughts is endemic across the ambulance service. I feel completely burnt out currently – I’ve been considering calling in sick every night shift this week. I don’t want to come to work because you don’t know what you’re going to come across. It’s stress beyond stress. We’re finishing hours late every shift. And the government is saying you don’t deserve to be paid properly.

“The GMB has a policy of no harm to patients. And there’s already catastrophic harm being done to patients by the government. [The ballot gives a mandate for full strike action but the form it takes will be decided by a committee of GMB ambulance members, according to the union.]

“No one [in the NHS] wants to walk away from patients. We’re in a caring profession for a reason. But we’re not listened to by [people] with no idea of the reality of what it’s like out on the road.

“Most paramedics don’t want to strike. We want a government that respects us, values our work and cares about the public we look after.” 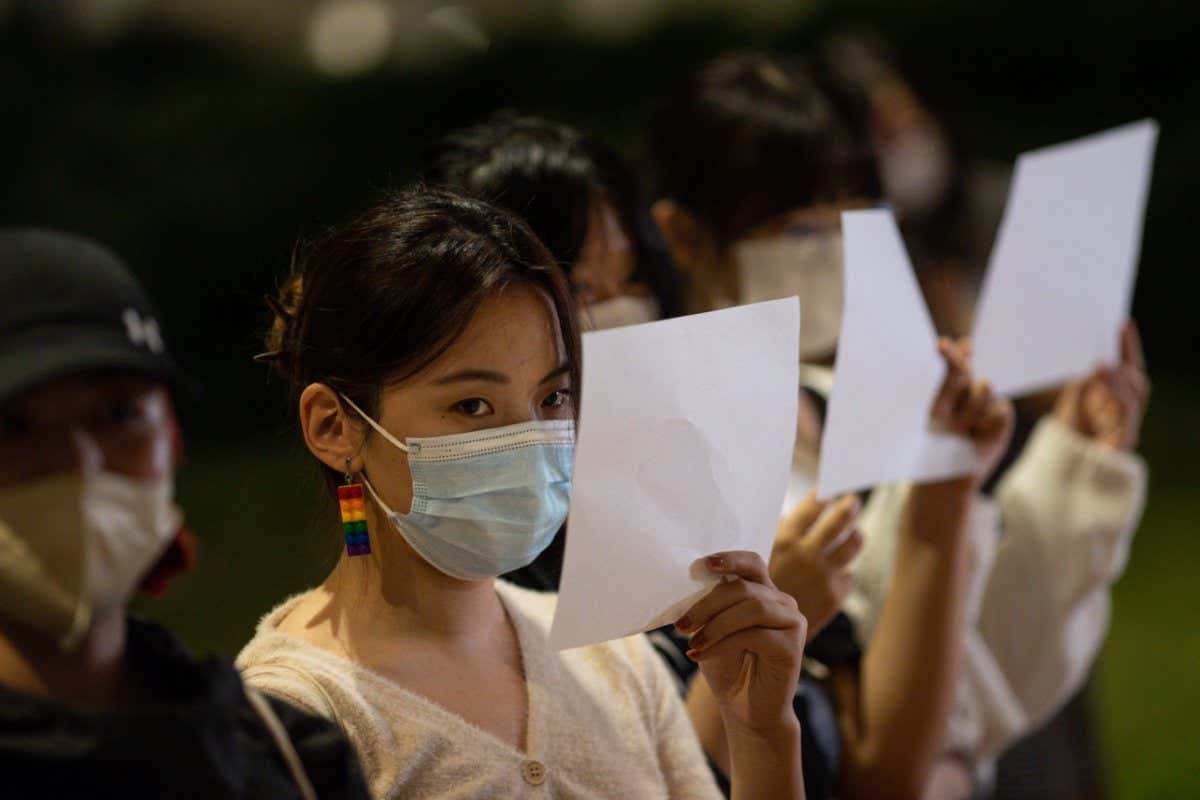 Widespread protests against China’s zero-covid policy have led the country to ease some restrictions, but its failure to vaccinate older people means this could lead to millions of deaths

In response to protests in many parts of the country, China is easing some of the draconian measures it imposed to prevent the spread of the coronavirus. But the government’s failure to vaccinate the most vulnerable people means that the relaxation of restrictions risks causing a vast number of deaths.

A big wave of infections in the country could lead to between 1.3 million and 2.1 million deaths, according to UK science analytics company Airfinity. … 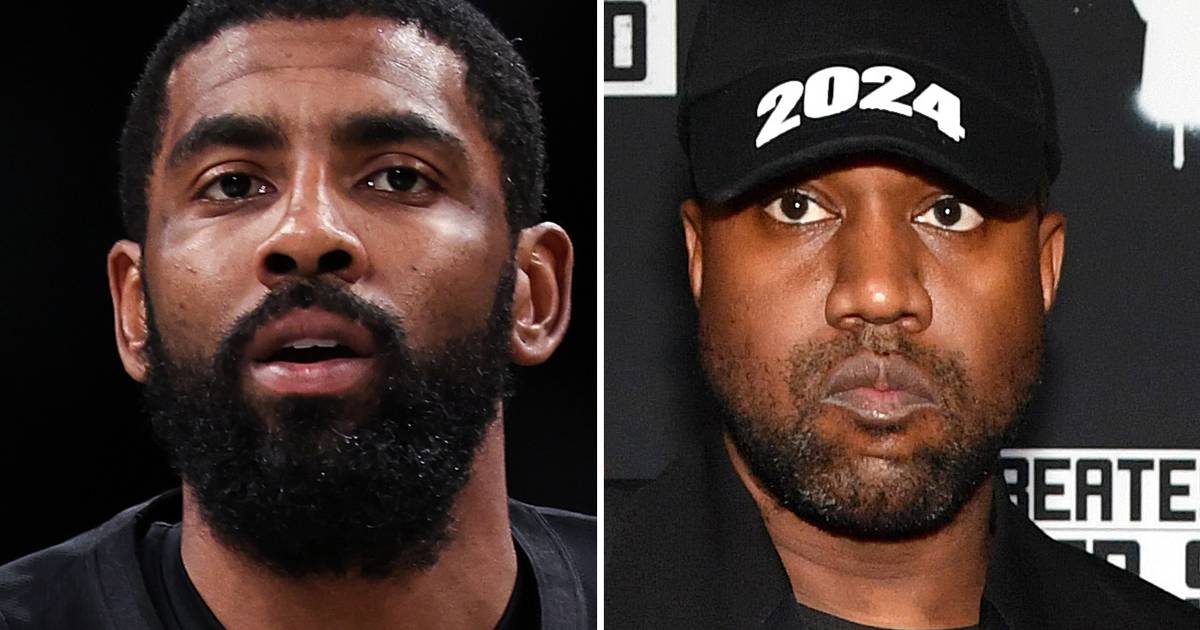 We have just finished an election that underscored sharp division in our country. Among those divisions have been race-based attacks on both Blacks and Jews. We have all received an earful of the controversy concerning the ignorant statements made by Kanye West and the misguided social media post of Kyrie Irving. Both are emblematic of what is wrong with the discourse surrounding Blacks and Jews. Both controversies center around a divisive, distorted and flat-out incorrect characterization of history. We believe our nation will be served by setting the record straight and healing those divisions.

One of us, Markus Green, is Black, the other, Victor Schwartz, is Jewish. We have worked together on challenging civil justice problems for over a decade. We devote most of our professional time toward prevention of unjust liability claims. More important than our professional link is our friendship based on unyielding mutual respect. It cannot be broken.

Our experience in life and our study of history strongly suggests that Blacks and Jews in general should foster such feelings. They have had both adversity and success.

Both Blacks and Jews have suffered the ignominy of slavery. For nearly 400 years, millions of Africans were forcibly placed on slave ships and sent to America. The Bible tells us that the Jews were slaves in Egypt for hundreds of years. Each Passover holiday, Jews relive that history and celebrate their liberation. That story was a powerful one for enslaved African-Americans, who sung the spiritual, “Go Down Moses.” Harriet Tubman is said to have used that song to announce her arrival when she helped people escape on the Underground Railroad. Tubman herself is referred to as the “the Moses of her people.”

Blacks and Jews have a shared history of being attacked because they are considered different. For a long time, the United States ignored its founding premise of “Equal Justice for All.” But even after the Civil War ended slavery, for generations, Blacks had essentially no civil rights. Jews can relate to the horrors of post-Civil War Black experience in America. Jews fled other countries to escape death from Nazi concentration camps only to experience continued anti-Semitism in America.

Fortunately, many of these barriers have been overcome. Joint efforts by Blacks and Jews have been part of those accomplishments. Jews were allies with Blacks in the fight for civil rights. Several Jewish people were among the founders of the NAACP and Jewish lawyers helped successfully battle Jim Crow legislation.

“My people were brought to America in chains,” King said in a 1958 speech to the American Jewish Congress. “Your people were driven here to escape the chains fashioned for them in Europe. Our unity is born of our common struggle for centuries, not only to rid ourselves of bondage, but to make oppression of any people by others an impossibility.”

Finally, and often overlooked, is the fact that Black and Jewish culture can be a bond between the two groups — one that includes humor, emotion and love of family.

So at a time where many are planting and growing seeds of division, we ask that Black and Jewish leaders, and ordinary men and women in each group, build a united wall of mutual respect. After all, racism and anti-Semitism racism are two ugly cousins. Anti-Semitism is racism and racism is anti-Semitism. Jews and Blacks must be united against hate and bigotry.

Jews and Blacks have far more in common than we will ever have differences. Both have suffered and survived monumental atrocities and the aftershock is still being felt. We both understand survival and perseverance. But most of all, we both understand the power of love in the face of hate. We are one people. Unity, not divisiveness, is our path forward.

Green is vice president and assistant general counsel at Pfizer. Schwartz is a former law professor and law school dean, and current co-chair of the public policy group of the law firm Shook, Hardy & Bacon, L.L.P.

Chainlink Is About To Launch Staking, Next Target Zones For LINK