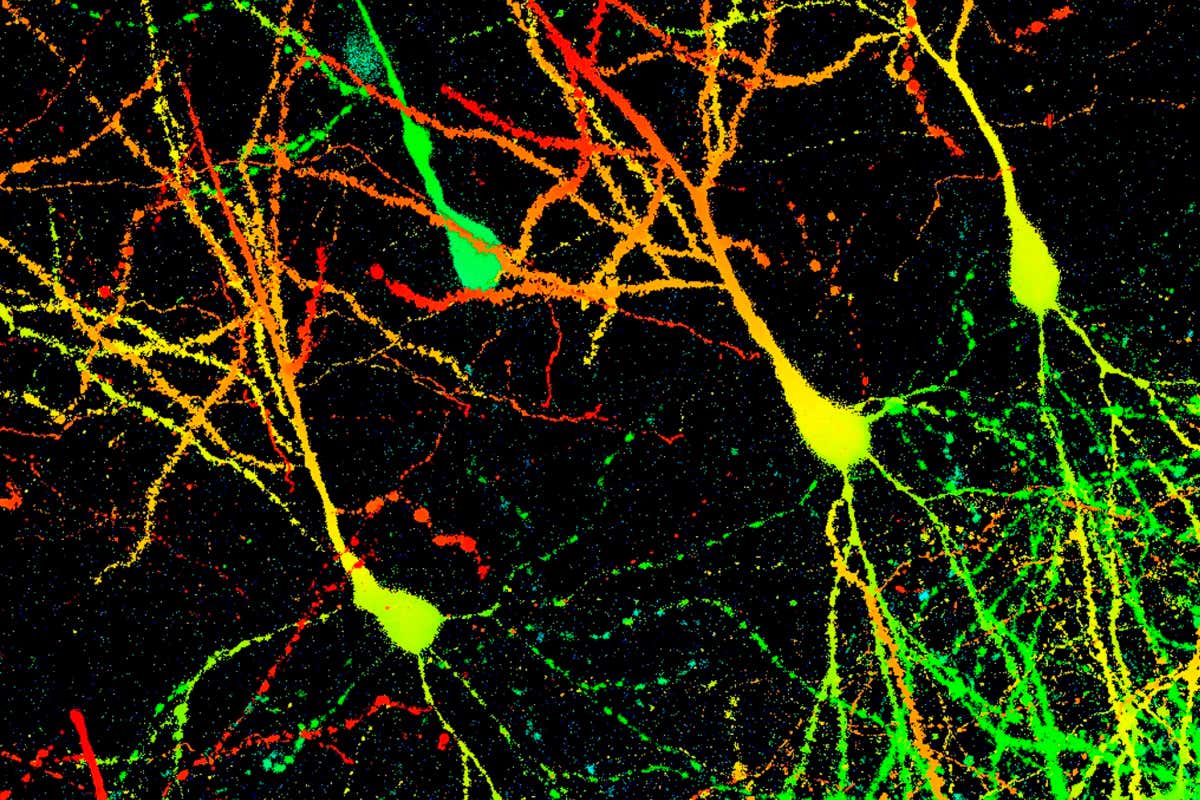 Fever, loss of appetite and seeking warmth are common responses to infections, and the discovery of the brain cells responsible for this behaviour in mice could help treat chronic illnesses

The brain cells responsible for generating fever and other symptoms of sickness have been discovered in mice, a finding that could improve treatments for chronic illnesses.

Animals all largely respond to being ill in the same way, experiencing symptoms such as fever, fatigue, loss of appetite and seeking warmth. Previous studies have suggested that fever helps animals survive bouts of sickness by increasing body temperature – making it harder for pathogens to survive – while fatigue and loss of appetite have been linked to energy regulation.

To pin down the parts of the brain responsible for coordinating these behaviours, Catherine Dulac at Harvard University and her colleagues injected mice with molecules that induce similar effects to a genuine illness. They used such molecules to avoid the risk of a real pathogen spreading uncontrollably.

One molecule, lipopolysaccharide, mimics the effects of a bacterial infection, while the other, polyinosinic-polycytidylic acid, mimics a viral infection. Both molecules trigger an acute inflammatory response that, in turn, causes symptoms like fever.

The researchers used sequencing and fluorescent imaging to determine which neurons were most active in the brains of the mice during the induced sickness. They suspected that the neurons responsible for regulating sickness symptoms would be in the hypothalamus. “That’s where all the control of appetite and thermoregulation occurs,” says Dulac.

The team found a population of neurons that fit the bill in the hypothalamus’s ventral medial preoptic area, which is generally responsible for thermoregulation. These neurons were significantly activated by the sickness-producing molecules, in comparison with the brains of mice that hadn’t been given the molecules.

To confirm the findings, the team then genetically inhibited these neurons within mice so they wouldn’t be activated during sickness. The altered mice didn’t develop a fever when given one of the sickness-producing molecules, while also experiencing a smaller drop in their appetites and not seeking as much warmth. They were still fatigued, however, suggesting that this symptom is regulated by another part of the brain.

Dulac says she is confident that humans have a similar population of neurons that control sickness symptoms. “The hypothalamus in mammals is extremely conserved,” she says.

She also hopes that these findings help researchers develop treatments to reduce the symptoms of chronic sickness. “One can also use our findings to ask questions that may benefit human health,” says Dulac. “For example, what happens if these sickness neurons are activated frequently – including during early life – do they become more sensitive to illness?”

“One of the biggest threats to survival is infection,” says Marysia Placzek at the University of Sheffield in the UK. “If cells in our bodies are infected, they start to make ‘immune’ signals, but if that was all that happened, it would be too small a response, too local.”

“This study has found a new group of hypothalamic neurons that are activated by immune signals,” says Placzek. “These then marshal the huge response that is necessary to fight the infection.”

Sign up to our free Health Check newsletter that gives you the health, diet and fitness news you can trust, every Saturday

Duty of all NHS staff in England to fight discrimination, review says | Inequality

“The police come to my job, they’re telling me that this gentleman that I had dated is pressing charges on me because I didn’t tell him I was HIV positive.”

Lashanda Salinas faced criminal charges in Tennessee after her former partner accused her of exposing him to the HIV virus. Although Lashanda had been on medication since she was a teenager, and says she was open about her status, she was convicted and is now on the sex offender registry.

“I had to take a lie detector test every six months to prove to them that I [hadn’t] been around a child,” Salinas tells Hannah Moore.

“Everyone’s perception is that if someone’s having sex with someone who is HIV positive, they must be being deceived or they must be being tricked into doing that, and that is so not the case,” says Robert Suttle, who was also convicted in Louisiana after being reported by his former partner.

Campaigners say these laws are reinforcing stigmas about HIV, and discouraging people who don’t know their status from getting tested. Edwin Barnard, the Executive Director of the HIV Justice Network, tells Hannah Moore how these laws, often relics of the 1980s before medication was available, are a danger to public health. Reporter Amelia Abraham explains why ethnic minorities and women are disproportionately criminalised.

The Guardian is editorially independent.
And we want to keep our journalism open and accessible to all.
But we increasingly need our readers to fund our work. 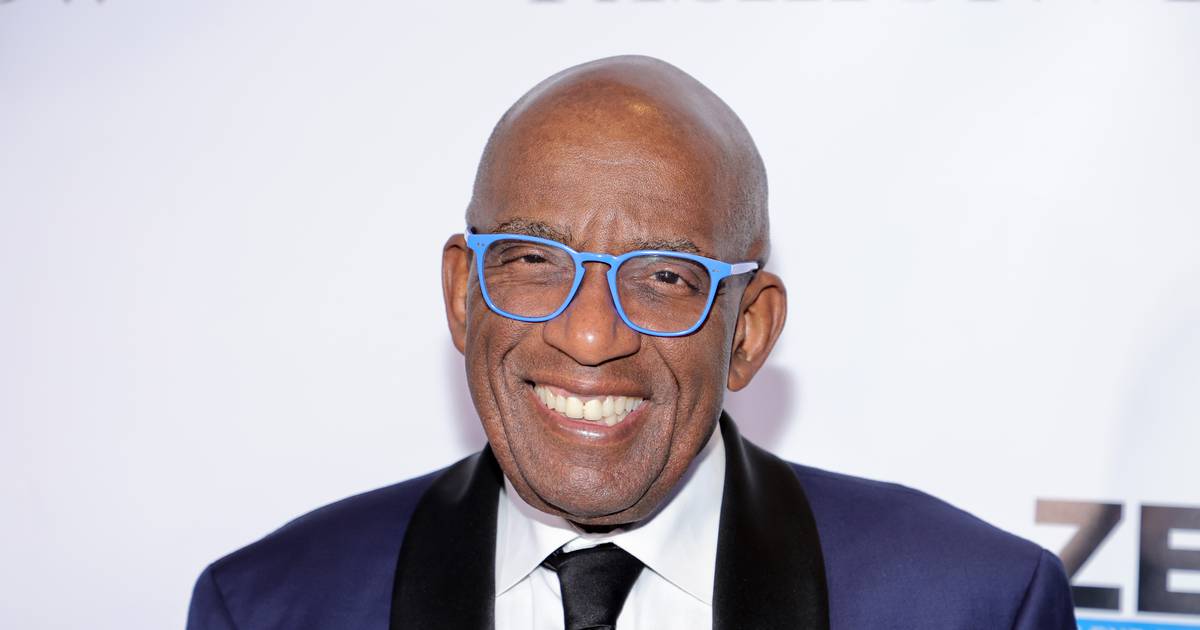 Beloved weatherman Al Roker has reportedly been rushed back to the hospital for blood clots, after being released just last week.

“Al was rushed to the hospital after Thanksgiving,” People reported Wednesday, citing an anonymous source. The source added that he’d gone by ambulance.

On top of that, the source said that the “Today” show weather anchor’s wife, journalist Deborah Roberts, had gotten locked out of her car when it malfunctioned, trapping her phone and belongings.

The 68-year-old Roker initially posted about his plight on Instagram on Nov. 18, saying he was hospitalized for blood clots in his leg and lungs but was in “recovery.” He was discharged on Thanksgiving, missing his first parade in 27 years.

Roker’s reprieve was short-lived. A day later, he was readmitted.

While he made it home in time to watch at least part of the Macy’s Thanksgiving Day Parade on NBC — hosted by his “Today” colleagues Hoda Kotb and Savannah Guthrie — the meteorologist also missed the Rockefeller Tree lighting on Wednesday.

The upstate New York tree’s illumination was again celebrated by Guthrie and Kotb, along with Craig Melvin and “Access Hollywood” anchor Mario Lopez.

An independent investigation is being launched into the death of a five-year-old boy whose family say he died from pneumonia after he was sent home from hospital because there were “no beds”.

The boy had complained of a sore throat on 13 November and his parents took him to their GP, who prescribed antibiotics.

They drove him to the emergency department of Rotherham general hospital in South Yorkshire the next day when his condition did not improve.

The family waited for hours before Yusuf was seen but he was sent home despite the doctor treating him saying “it was the worst case of tonsillitis he had ever seen”, according to his uncle Zaheer Ahmed.

The boy was distressed, struggling to breathe and could not swallow, his family say.

Yusuf’s condition worsened while he was at home and his parents called an ambulance and he was taken to Sheffield Children’s hospital. However, his condition deteriorated and he died.

Ahmed told Sky News on Saturday that he “begged and begged” for his nephew to be admitted to Rotherham general hospital but was told “there are no beds and not enough doctors”.

Labour MP Sarah Champion, who represents the family’s constituency in Rotherham, said the inquiry needs to find out “what went so horribly wrong”.

She said: “The Nazir family have been very clear they want no other family to suffer the death of a child in such appalling circumstances. We need to quickly find out what went so horribly wrong. I have worked with them to secure a rapid and independent inquiry.

“We need to make sure the inquiry covers the primary and secondary care organisations involved in Yusuf’s diagnosis, care and treatment.”

Champion added that she has been assured an independent investigation is being launched.

She said: “I have been assured by the chief executive of Rotherham NHS foundation trust that an independent investigation is being launched and I will be supporting Yusuf’s family to ensure that it fully investigates their concerns.

“The circumstances of Yusuf’s death are deeply troubling. It is vital that the investigation considers the role of each organisation involved in his care and, crucially, communication and coordination between them. We need [to] ensure that changes are made to prevent this from ever happening again.

“I will be doing all that I can to continue supporting Yusuf’s family at this extremely difficult time and make sure their wishes are respected.”

Ahmed told Sky News he wants a “full independent investigation out of the NHS”.

The boy’s uncle said the health service “want to do an external investigation by someone from the NHS outside of the district”, adding: “We are still in the talks and we are requesting that it is completely external.”

The Hospital chief executive, Dr Richard Jenkins, who met Ahmed and apologised to him and the family, said investigators from outside South Yorkshire would review his care, the BBC reported.

In a letter to Champion, Jenkins said he was working with NHS England to “identify appropriate independent investigators”.

He said: “It is vital that a thorough and independently conducted investigation takes place as soon as possible so the family can have answers to their concerns and we can identify where changes need to be made.”

He said the family would be involved in deciding the terms of reference for the investigation.