Most Raid Points, Most Tackle Points (Updated) after DEL vs TAM
Advertisement 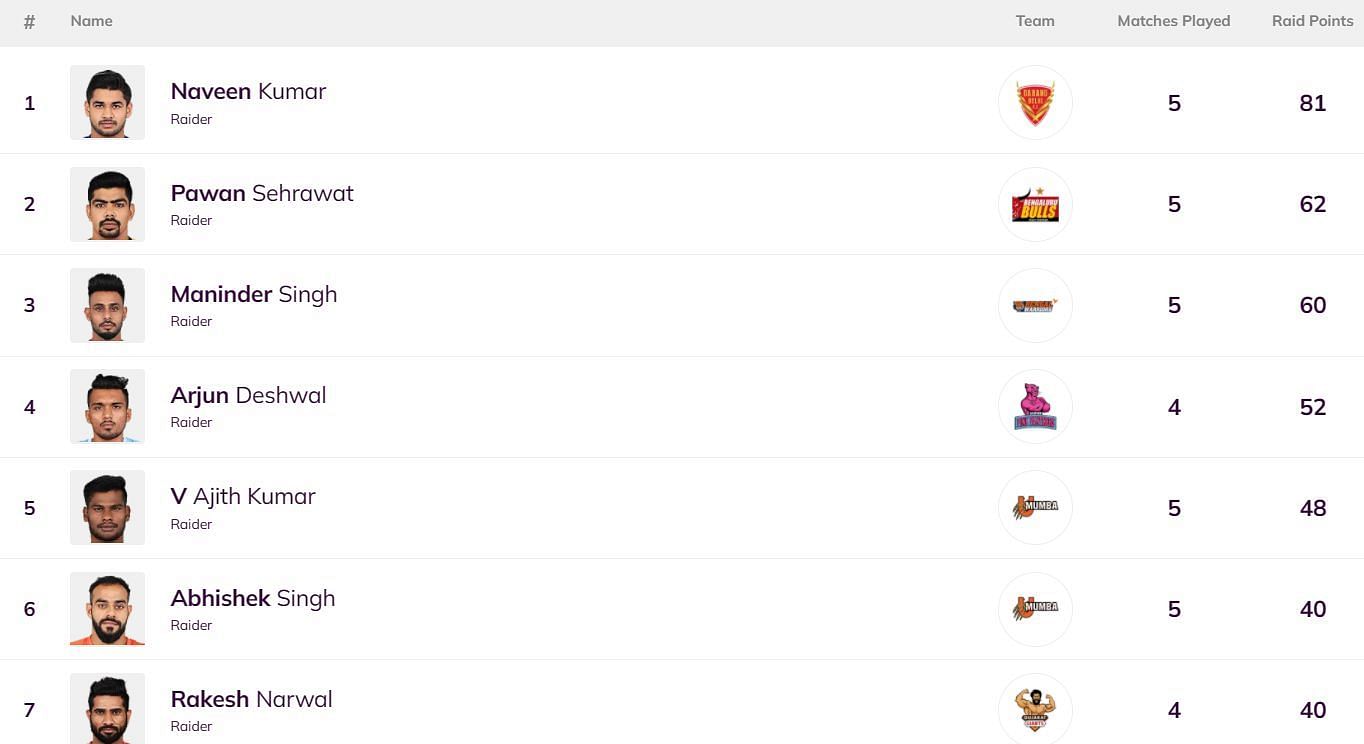 The Pro Kabaddi League entertained fans across the world on the first night of 2022 with a Triple Panga. For the first time in PKL’s history, the Kabaddi universe witnessed three tied encounters on the same night.

UP Yoddha drew with former Pro Kabaddi League champions U Mumba 28-28 in the first match, while the southern derby between Bengaluru Bulls and Telugu Titans ended in a 34-34 tie.

The night ended with a 30-30 draw between Dabang Delhi KC and Tamil Thalaivas.

Most raid points in Pro Kabaddi 2021

Naveen Kumar is the number one on the raiders’ leaderboard of season eight with 81 raid points from just five matches. He continued his fine form against the Tamil Thalaivas and scored 15 raid points in the drawn game.

Most tackle points in Pro Kabaddi 2021

Sumit scored six tackle points against U Mumba and attained the top spot on the defenders’ leaderboard. Tamil Thalaivas’ Sagar and Surjeet Singh touched the 15 tackle points mark during the match against Dabang Delhi KC.

Mohammadreza Chiyaneh, Girish Maruti Ernak, Jaideep and Surender Nada retained their spots in the Top 7 of the Most Tackle Points list.