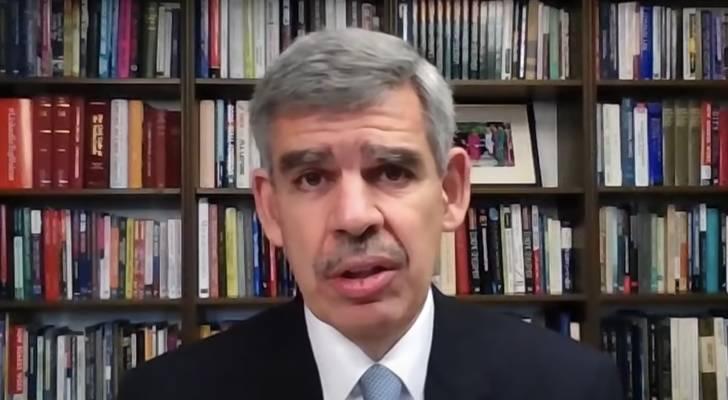 The January effect — a tendency for stock prices to rise at the start of the year — is at it again, as both the Dow Jones and S&P 500 reached new intraday records on Tuesday.

In a recent interview with Bloomberg, the economist highlights a “trifecta” of risks facing the U.S. economy going into 2022.

Here’s what those three risk factors mean for investors and how you might hedge against them — including one exotic asset you probably haven’t considered.

Inflation erodes our purchasing power. If you’re holding cash, you won’t be able to purchase the same amount of goods and services as before.

And as El-Erian points out, November saw a 6.8% year-over-year increase in the consumer price index — the biggest spike since 1982.

You can try to protect yourself in a few different ways.

Some stock market sectors tend to do well in an inflationary environment. Energy stocks, for instance, have made a strong comeback: In the past year, Chevron surged 41%, ExxonMobil rose 54%, while ConocoPhillips shares shot up a whopping 83%.

Other investors prefer to stick with traditional inflation hedges like gold and silver, which can’t be printed out of thin air like fiat money.

Meanwhile, more and more people are calling Bitcoin the new gold. Investors can either buy bitcoins directly or get exposure through companies that have tied themselves to the crypto market, such as Coinbase Global, MicroStrategy and Tesla.

The days of cheap borrowing seem to be coming to an end, as the Fed has hinted at multiple rate hikes in 2022 to combat inflation. El-Erian worries that the economy won’t be able to handle it.

“A system conditioned by more than a decade of floored interest rates and ample liquidity would quickly prove unable to tolerate higher rates,” he wrote in a Financial Times column earlier this week.

Still, while many market participants fear higher interest rates, some financial companies — especially banks — look forward to them. Banks lend money at higher rates than they borrow with, pocketing the difference. As interest rates increase, the spread earned by banks widens.

Bank of America, Goldman Sachs, JPMorgan Chase and Morgan Stanley have all posted strong earnings growth over the past year, and all of them have increased their dividend payout to shareholders.

If you’re not sure which to choose, or you don’t want to bet on individual stocks at all, you can always build a diversified portfolio of blue-chip stocks that pay you regular dividends — and you can do it just by using some of your “spare change.”

Finally, El-Erian worries about 70 companies in the S&P 500 trading at all-time highs, suggesting that the market is overheating.

It’s increasingly hard to find stocks to “buy low and sell high” when the index itself is climbing to record levels.

Still, some fast-growing companies have recently seen their share prices beaten down into more affordable territory.

PayPal Holdings, for instance, grew its revenue by 13% year-over-year and total payment volume by 26% year-over-year in Q3 of 2021. Yet its stock has fallen 34% over the past six months.

You can also look at Zoom Video Communications, which used to be one of the hottest pandemic plays. The company continues to expand as revenue surged 35% year-over-year to $1.05 billion in its most recent fiscal quarter. But the stock is down 55% over the past six months.

If you do want to invest in one of today’s high-priced stocks, remember you don’t have to blow hundreds or thousands on a full share of Tesla or Amazon. Some investing apps allow you to buy fractions of shares with as much money as you’re willing to spend.

A finer way to hedge?

At the end of the day, stocks are volatile. Stocks that hit new highs could keep rising out of reach. Likewise, not all beaten-down stocks will bounce back.

If you want to invest in something that has little correlation with the ups and downs of the S&P 500, consider some overlooked real assets, like fine art.

Contemporary artwork has outperformed the S&P 500 by a commanding 174% over the past 25 years, according to the Citi Global Art Market chart.

And it’s becoming a popular way to diversify because it’s a physical asset with little correlation to the stock market. On a scale of -1 to +1, with 0 representing no link at all, Citi found the correlation between contemporary art and the S&P 500 was just 0.12.

This article provides information only and should not be construed as advice. It is provided without warranty of any kind.