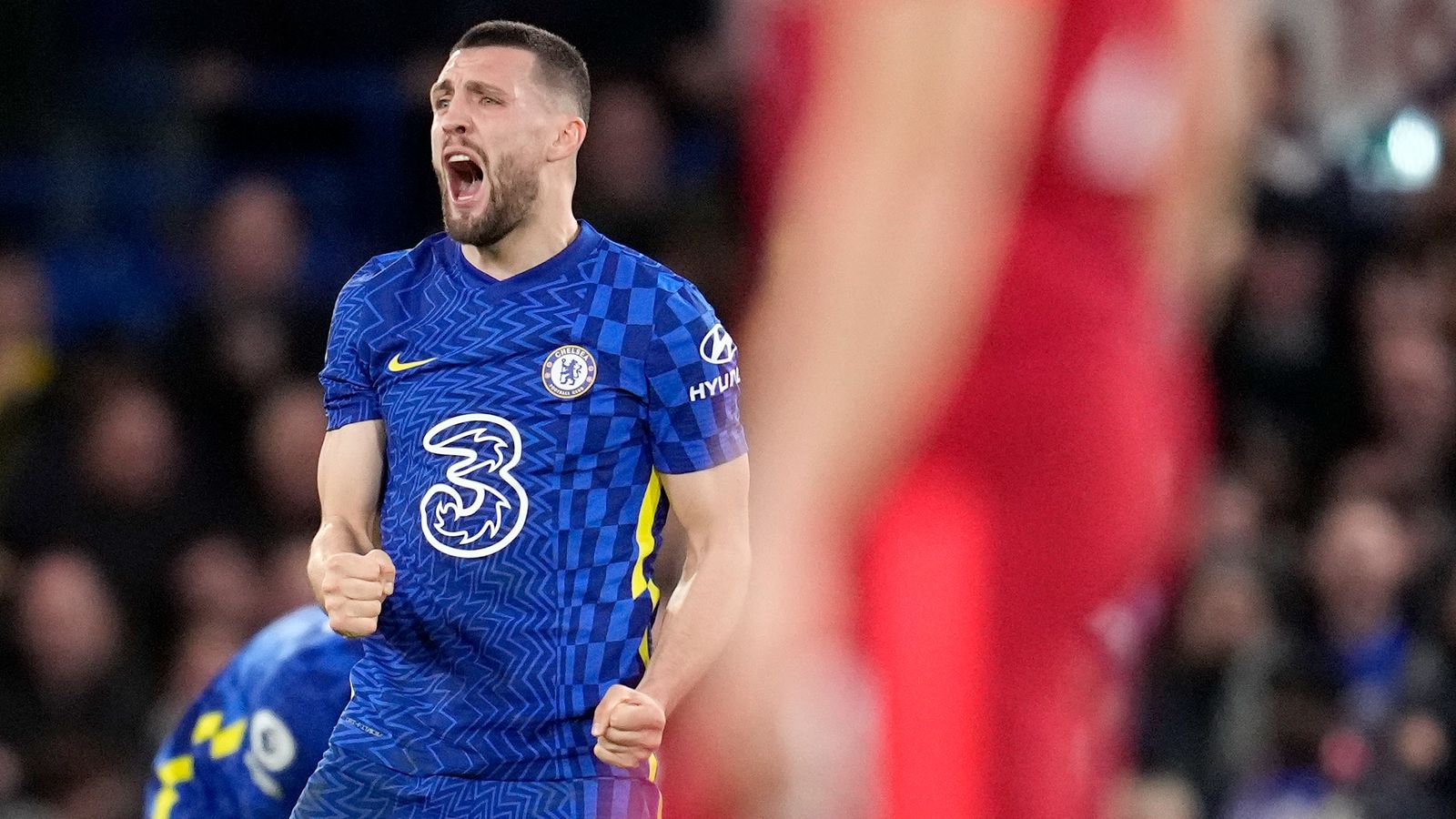 Sunday’s meeting at Stamford Bridge presented Chelsea and Liverpool with the chance to emerge as chief challengers to City’s crown, but neither seized the opportunity as a thrilling 2-2 draw only strengthened the champions’ title defence.

Asked if he thought Manchester City could be caught, Carragher told Sky Sports: “No, I think Manchester City will win the league, I don’t see Liverpool or Chelsea cutting that gap.

“If Liverpool had won [at Chelsea] and got the extra two points, and if they won their game in hand against Leeds, as you would expect them to do, then the gap to City would be six points, which would be very tough.

“Once it goes more than that, and you need three games to catch up on Manchester City, I just don’t see it at all.

“Liverpool have been good going forward this season, Chelsea have been good defensively, but Manchester City are as good as both of them in those areas, and in terms of controlling games. That’s the big difference.”

FREE TO WATCH: Highlights from Chelsea’s draw against Liverpool in the Premier League

Carragher continued: “How often did Sir Alex Ferguson talk about being within five or six points of the leader on January 1, then Manchester United would be in with a chance for the title? I just feel that has changed now.

“It almost feels like the run-in as soon as the international breaks are over in November. When Liverpool dropped two points at Tottenham, that shouldn’t have been a bad result, but now it feels like such a big thing because Manchester City now are getting 90, 100 points.

“Teams cannot afford to draw games, even against big rivals away from home, whereas they could in the past.”

When pressed on Liverpool’s title credentials, Carragher highlighted his former club’s susceptibility to throwing away a lead, as occurred at Chelsea, where they surrendered a two-goal lead before half-time.

“When you’re 2-0 up against one of your big rivals, you’ve got to be disappointed. I think Liverpool in the end will actually be pleased with a point, and you could see that in the changes they made in the second half in bringing off [Sadio] Mane and [Diogo] Jota.

“What Liverpool are lacking now that they had in the title-winning season is control of a football game. What we’re watching here today and what we watched at Tottenham [a 2-2 draw] was Jurgen Klopp in years one and two. These end-to-end games where we’ll sit back and say, ‘that’s the game of the season’.

“That was the best game I’ve seen this season, but in terms of Liverpool winning the title, that’s what’s going to cost them. Five times now, they’ve taken the lead this season and they’ve not won the game. That’s the difference between Liverpool and Man City right now.”

Virgil van Dijk says he will never stop believing Liverpool can win the title, but conceded that it may be Manchester City’s title to lose after Sunday’s 2-2 draw at Stamford Bridge.

“For the outside world, it was quite a good game to watch, but we came here for three points and didn’t get them.

“They have an amazing team, so have we. I have a feeling we were under pressure at times but defended well as a team, didn’t give big chances away. I always had a feeling we could score for 3-2 but it didn’t happen.”

Van Dijk added: “It’s never difficult to believe. It’s a big gap, they [Manchester City] maybe have the title to lose, but a lot can happen still.

“We have been there before, where we have had a gap in front and we gave it away, so everything is possible.

“We will focus on ourselves, Chelsea will focus on themselves, and we just have to get results, play good football and win games. It sounds pretty easy, but it tough, as we saw today.” 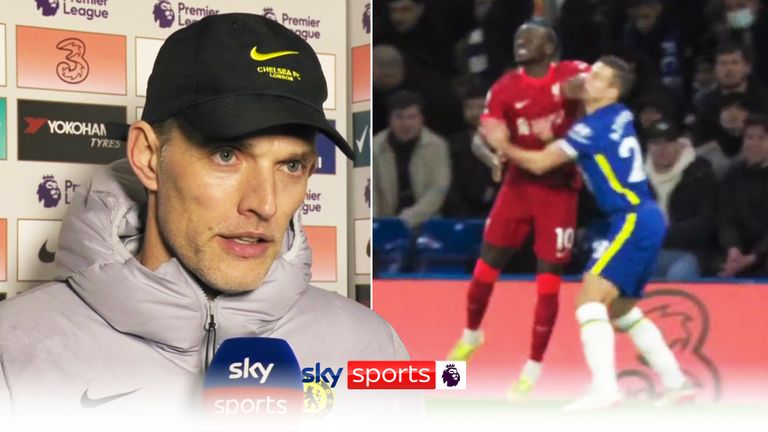 Souness: City the strongest side in English history

Sky Sports pundit Graeme Souness stressed Liverpool and Chelsea could not be ruled out of the Premier League title race given the stage of the season but questioned whether they had the quality to combat Manchester City.

“Can I remind you it is the second of January. It’s definitely not over, you can never say that in football, but you’re talking about Chelsea and Liverpool needing to win nearly all of their games.

“Manchester City have the strongest group of players ever in the history of English football. If some players get injured or go in a downward spiral in terms of form, they can chop it and change it. That is a tremendous strength.

“They can also be semi-relaxed about these games and if they were to drop a couple of points to someone, whereas Chelsea and Liverpool are playing under a different kind of pressure.”

Lijnders: We’ll focus on ourselves 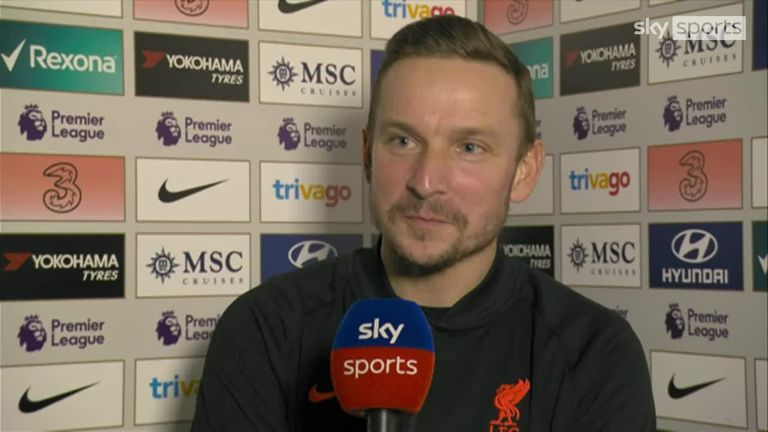 Meanwhile, Pep Lijnders, who led the Liverpool team at Chelsea in the absence of Klopp, insists his side’s focus must remain on themselves.

“We never look at others, a title race is only decided on the last matchday. There are so many points to collect,” he said.

“We only focus on the next game, make that a final, and give everything we have. That is how we became champions and won the Champions League, this is what we have to keep doing, keep this fighting spirit up, and play a little bit better.”

Chelsea host Tottenham on Wednesday at 7.45pm before Liverpool travel to Arsenal on Thursday at 7.45pm in the semi-finals of the Carabao Cup – both live on Sky Sports Football.