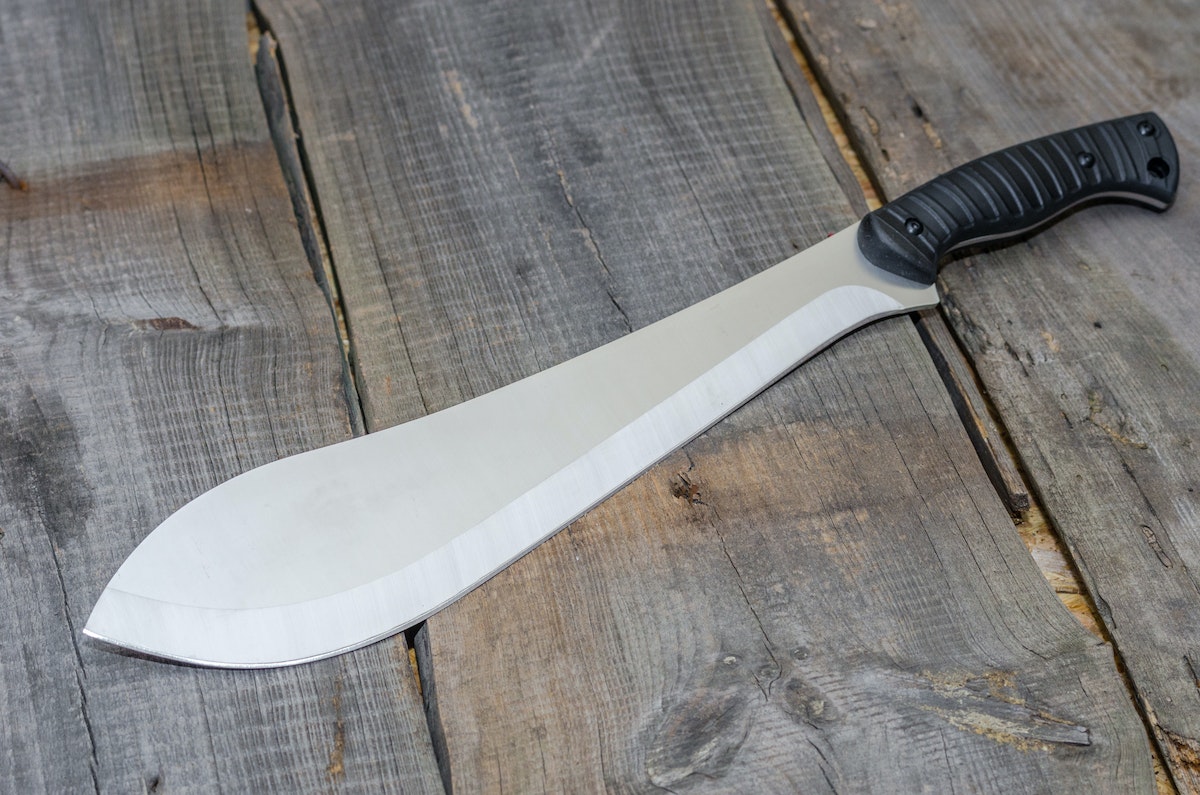 A woman working at a Dollar Tree in Ohio was brutally murdered by a man with a machete on New Year’s Day.

Chronicles Magazine Senior Writer Pedro Gonzalez, who lives near where the murder took place, shared the story on Twitter Monday. He also shared a GoFundMe for the family’s funerary expenses. According to local news reports, the man allegedly walked into the store and slashed the woman to death, before turning himself in to police.

“On New Year’s Day, Bethel Bekele entered a Dollar Tree with a machete, approached Keris Riebel while she was working, and hacked her to death,” Gonzalez wrote on Twitter. “Police don’t have a motive and, for some odd reason, this isn’t a national story.”

“Riebel, 22, was just married, which is why pretty all public pictures of her are proposal/wedding related,” he added in a tweet that linked to her family’s GoFundMe. As of the publication of this piece, the fundraiser has taken in more than $38,000, surpassing the $30,000 goal.

The Upper Sandusky, Ohio, Police Department released a statement of their own on Facebook detailing the events of the day. “On January 01, 2023, at 4:25 p.m. the Upper Sandusky Police Department was dispatched to Dollar Tree for a man waving a weapon around inside the store,” police chief Jared Lucas wrote in a statement. “Before police arrived, the man left the store. Officers arrived and found a female employee deceased. A short time later an officer located a suspect and he was taken into custody. Ohio Bureau of Criminal Investigation is currently processing the crime scene. The Wyandot County Major Crimes Unit is currently investigating the incident.”

Lucas added some details to the story in an interview with local news outlet ABC 6. According to Lucas, the suspect, “Bekele entered the store with the machete, approached Riebel, and struck her numerous times with the machete.” He said that other people were in the store at the time. Bekele then drove to the Wyandot County Sheriff’s Office. Deputies there approached him, and he surrendered to them.

The suspect has no apparent criminal history, and police are still investigating the connection between him and the victim. It is unclear what the motive was.

The machete attack in Ohio came just a day after three New York City police officers were attacked by a man wielding a machete.

The attack happened at West 52nd Street and 8th Avenue outside the security screening zone Saturday at roughly 10:11 p.m., NYPD Commissioner Keechant Sewell said during a news conference, noting that she was sharing preliminary information.

The suspect, identified as a 19-year-old man, approached one officer from behind “unprovoked” and attempted to strike him over the head with a machete, Sewell said. The suspect then allegedly struck two other officers in the head with the weapon.

One of the officers shot the suspect in the shoulder, Sewell said.

All three officers were taken to a hospital and are in stable condition. The suspect was also taken to the hospital for treatment. The NYPD shared a photo of the weapon allegedly used in the attack on social media.

One officer, identified as an eight-year veteran, sustained a laceration to the head. Another officer, who graduated from the police academy on Friday, suffered a skull fracture and large laceration, Sewell said.

Daniel Chaitin contributed to this report.

Police chief says no other arrests expected in Idaho killings: ‘We believe we have our guy’