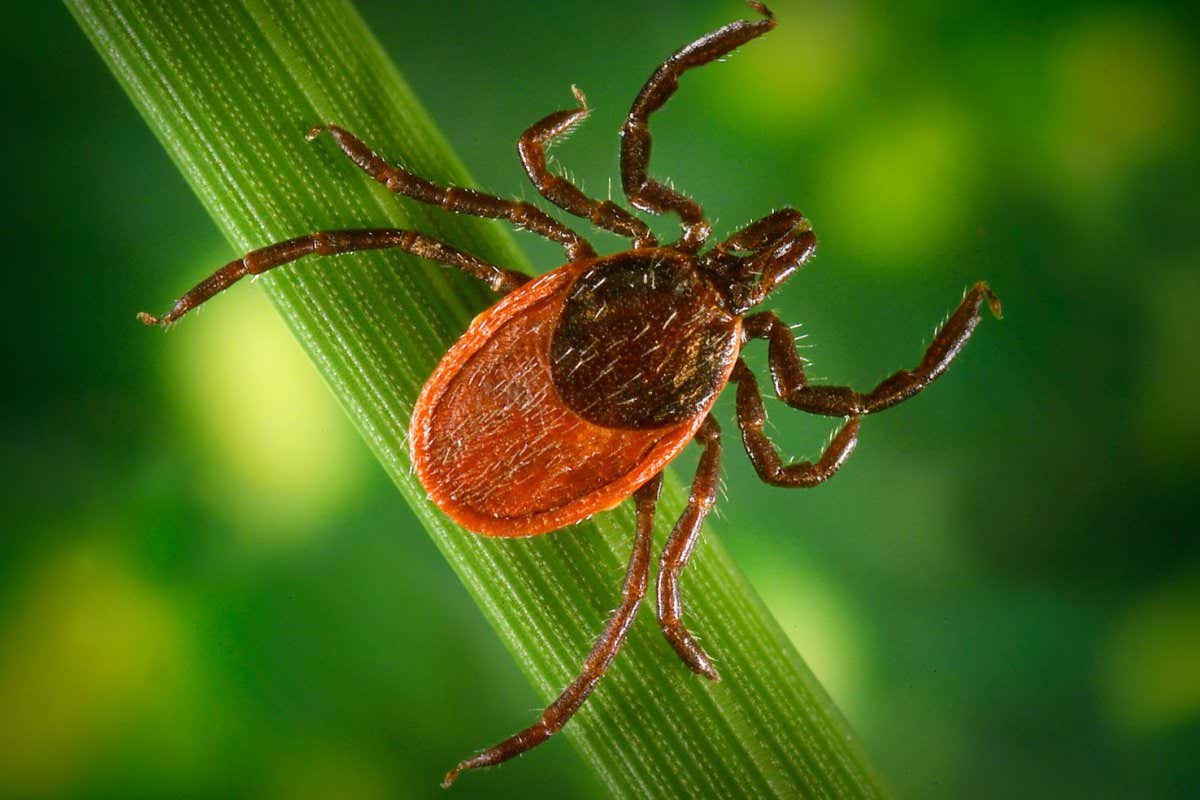 An mRNA vaccine that causes a red, itchy skin rash in response to bites by ticks may allow them to be removed before they transmit Lyme disease-causing bacteria

An mRNA vaccine designed to create an immune response to ticks so they can be removed before they transmit Lyme disease has been shown to be effective in guinea pigs. It is hoped the finding will pave the way for clinical trials in people.

Lyme disease is caused by a bacterium called Borrelia burgdorferi that is transmitted through tick bites. If left untreated, it can cause lifelong health problems like Lyme arthritis and nerve pain.

Erol Fikrig at Yale University and his colleagues have developed a vaccine that trains the immune system to respond to tick bites, by exposing it to 19 proteins found in tick saliva.

Guinea pigs given the anti-tick vaccine developed red, itchy rashes when they were later bitten by ticks, suggesting their immune systems were responding. The ticks also tended to detach early without sucking as much blood as they normally would.

If the vaccine works the same way in people, it will enable us to “readily detect a tick bite early, due to redness at the bite site, and likely itching”, says Fikrig. This is important because tick bites are often painless and go unnoticed. The tick could then be pulled off before transmitting any Lyme disease-causing bacteria, which normally takes about 36 hours.

Even without this deliberate tick removal, the immune response generated by the vaccine may encourage the tick to fall off naturally before transmitting the harmful bacteria, says Fikrig.

The researchers will now test the vaccine in other animal models before beginning trials in people.

The anti-tick vaccine differs from other Lyme disease vaccines in development, which target the bacteria responsible rather than the tick carrier. Both approaches are promising, but one advantage of tick-targeted vaccines is that they may also protect against other tick-borne diseases like anaplasmosis and babesiosis, says Petr Kopáček at the Institute of Parasitology in the Czech Republic.

Fikrig hopes it will be possible to develop a vaccine that simultaneously targets the harmful bacteria and the ticks. “A combination of the two approaches might make a vaccine that is more effective than either one individually,” he says.

Other researchers are investigating whether Lyme disease could be eradicated in the wild by leaving out baits containing a chemical called hygromycin A that kills B. burgdorferi, but has little effect on most other bacteria and is harmless to animals.