London welcomes in 2020 in style
Advertisement 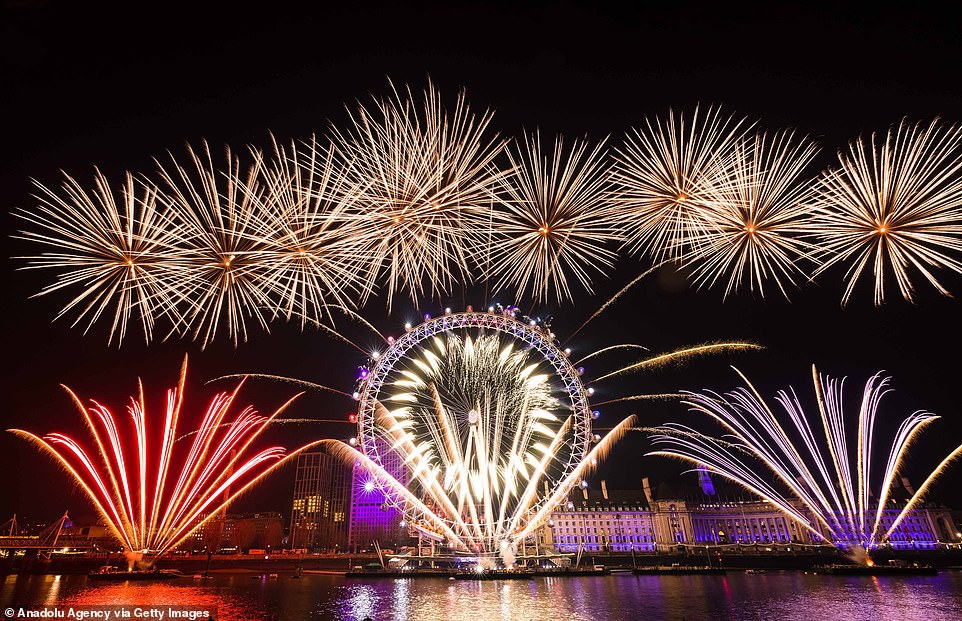 Welcome to 2022!: Firework and lights show illuminates the sky over London with nods to the NHS and England’s Euro2020 side as a choir sings ABBA in Shakespeare’s Globe – but not everyone is impressed

By Darren Boyle for MailOnline

Thousands of revellers stood along the banks of the River Thames to usher in 2022, despite an appeal by the Mayor of London, Sadiq Khan to remain at home and watch the fireworks on TV.

Unlike a traditional New Year display, last night’s fireworks were dispersed around the city so crowds of people could not gather to watch them.

At the London Eye, a group of anti-vaxxers held a protest which resulted in a heavy police presence.

The midnight show acknowledged the NHS and the vaccine campaign, mentioning the England football team’s Wembley heartbreak as well as Marcus Rashford’s campaign to feed children.

Instead of one large fireworks display, there were smaller pyrotechnic shows along the River Thames interspersed with live performance from Olly Alexander and The Pet Shop Boys. 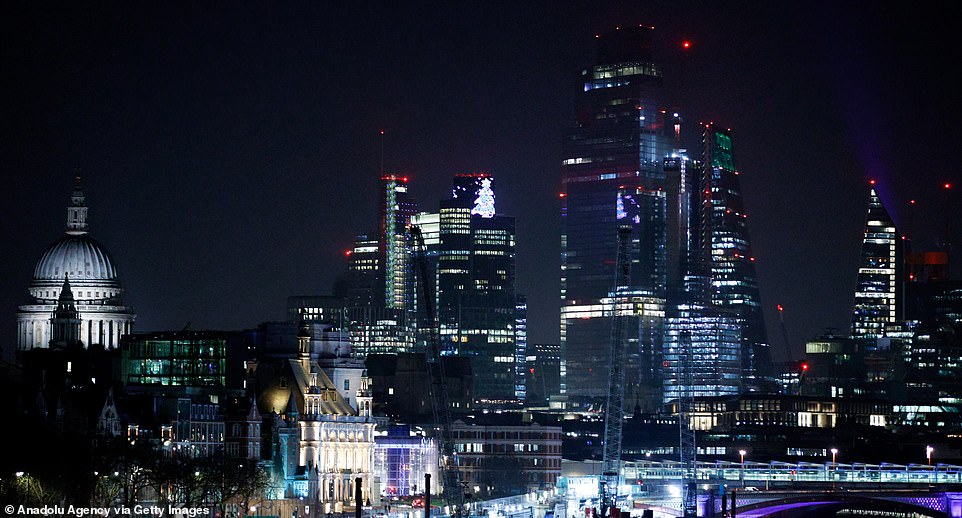 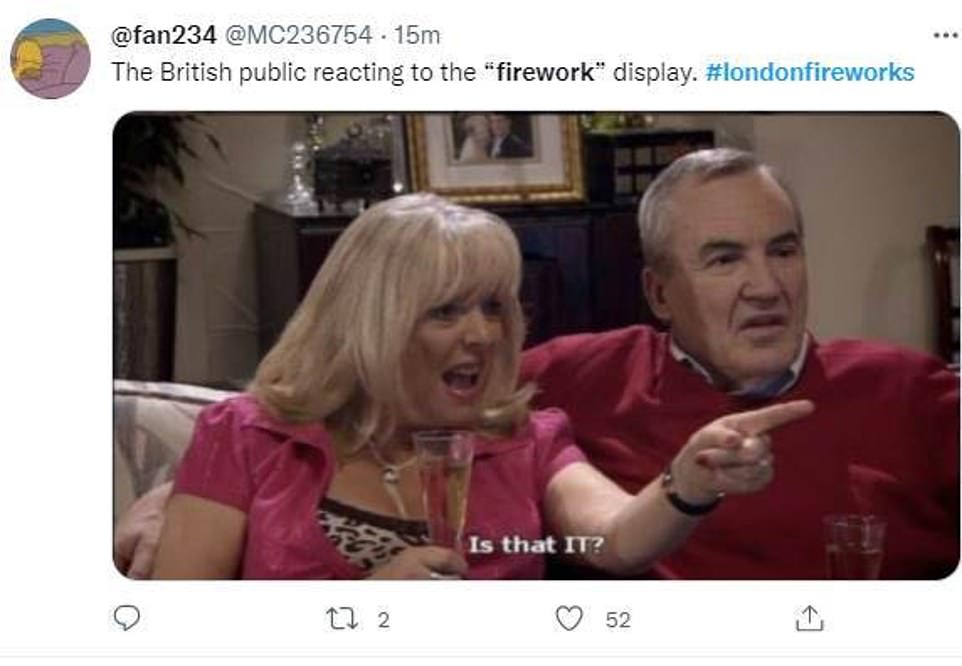 Not everyone was impressed with the London fireworks this year, with @fan234 writing on Twitter ‘The British public reacting to the “firework” display’ and including an ‘is that it? gif 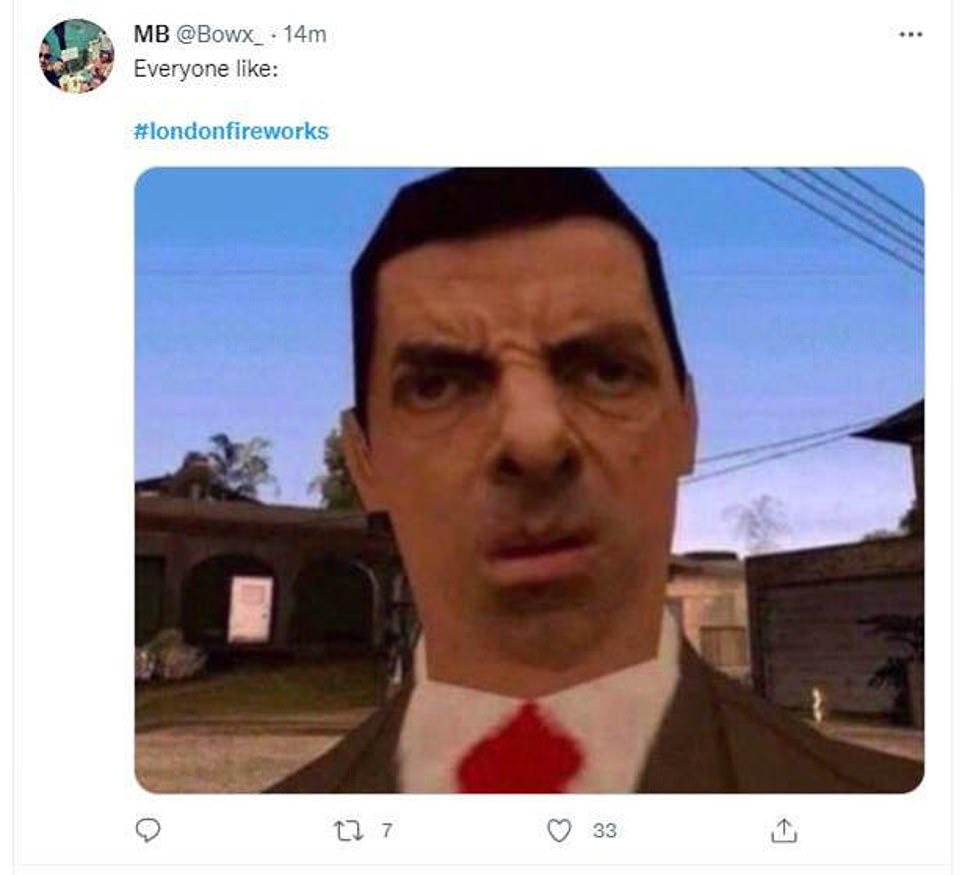 And another Twitter user, MB, used an unimpressed gif of Mr Bean to show that not everyone was satisfied with the London fireworks this year 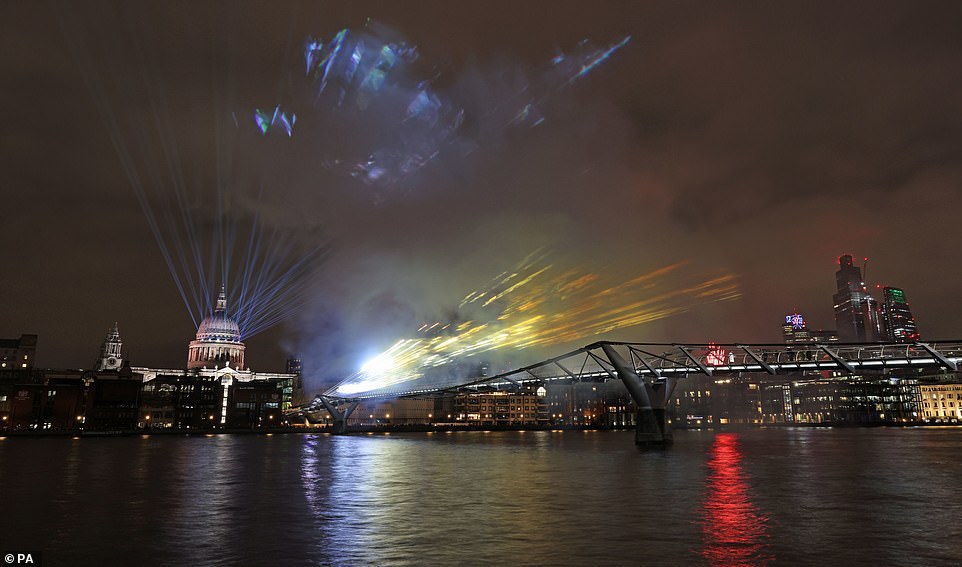 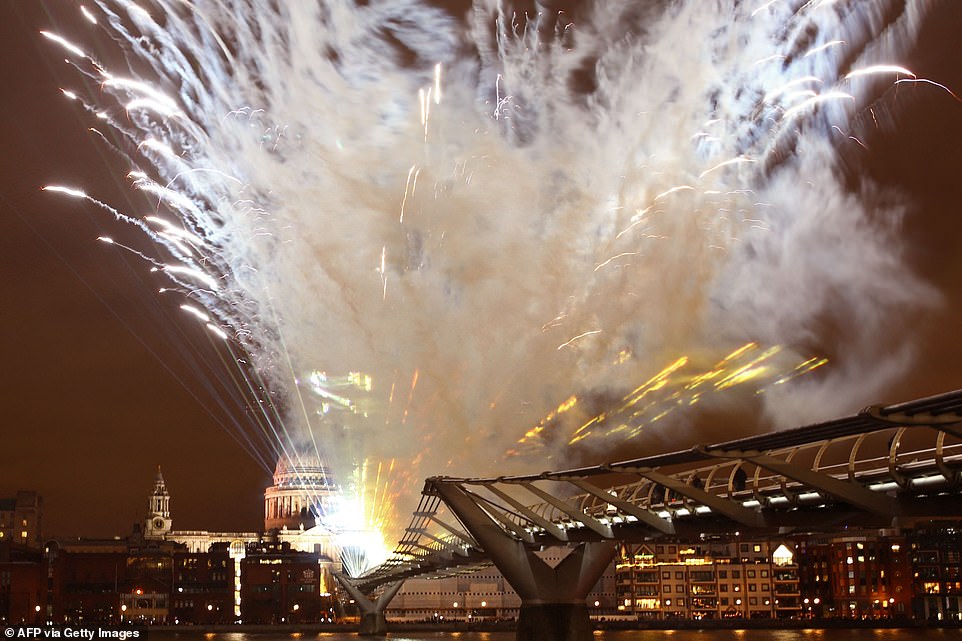 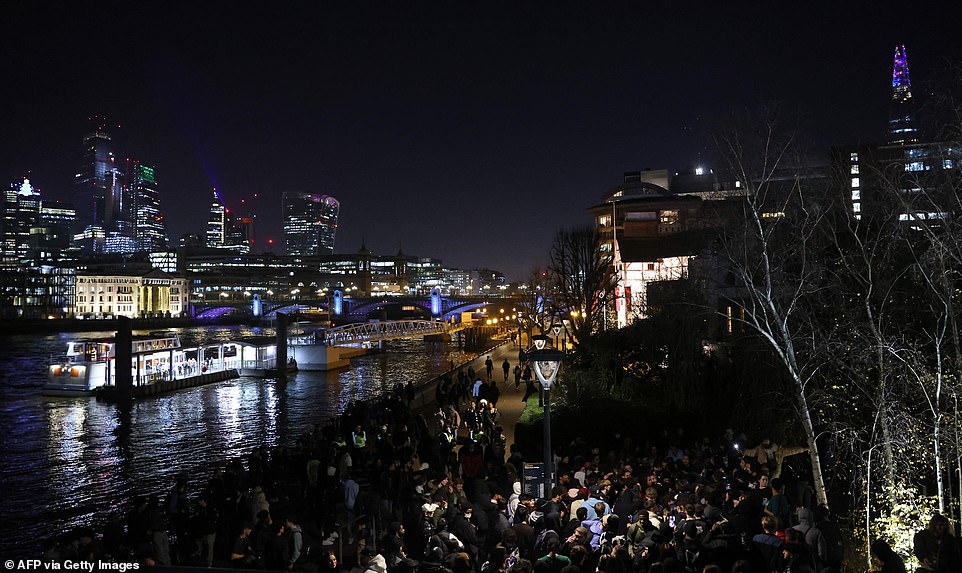 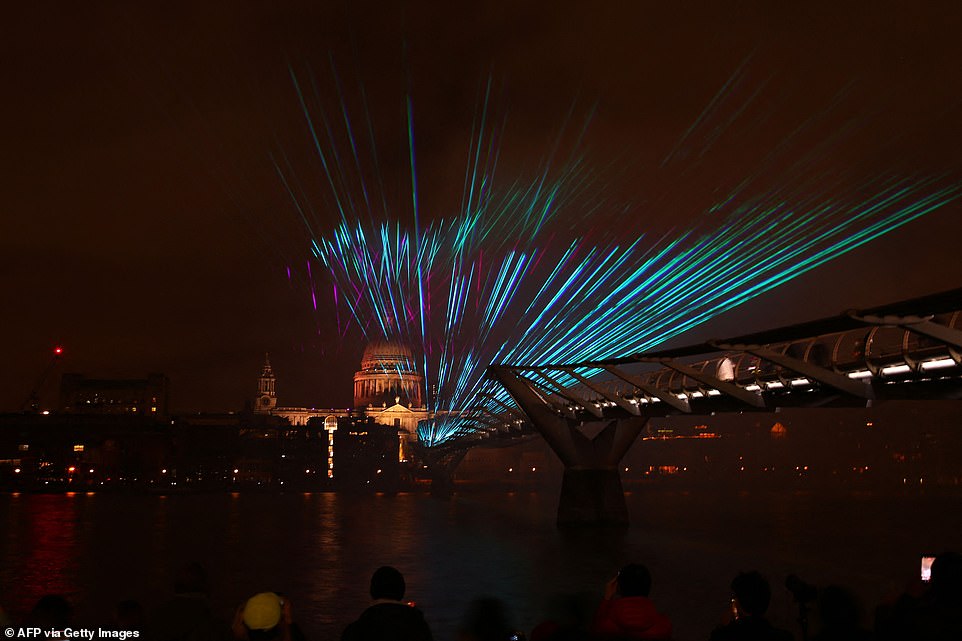 As well as fireworks and lasers, the New Year Eve show featured performances by Olly Alexander and the Pet Shop Boys 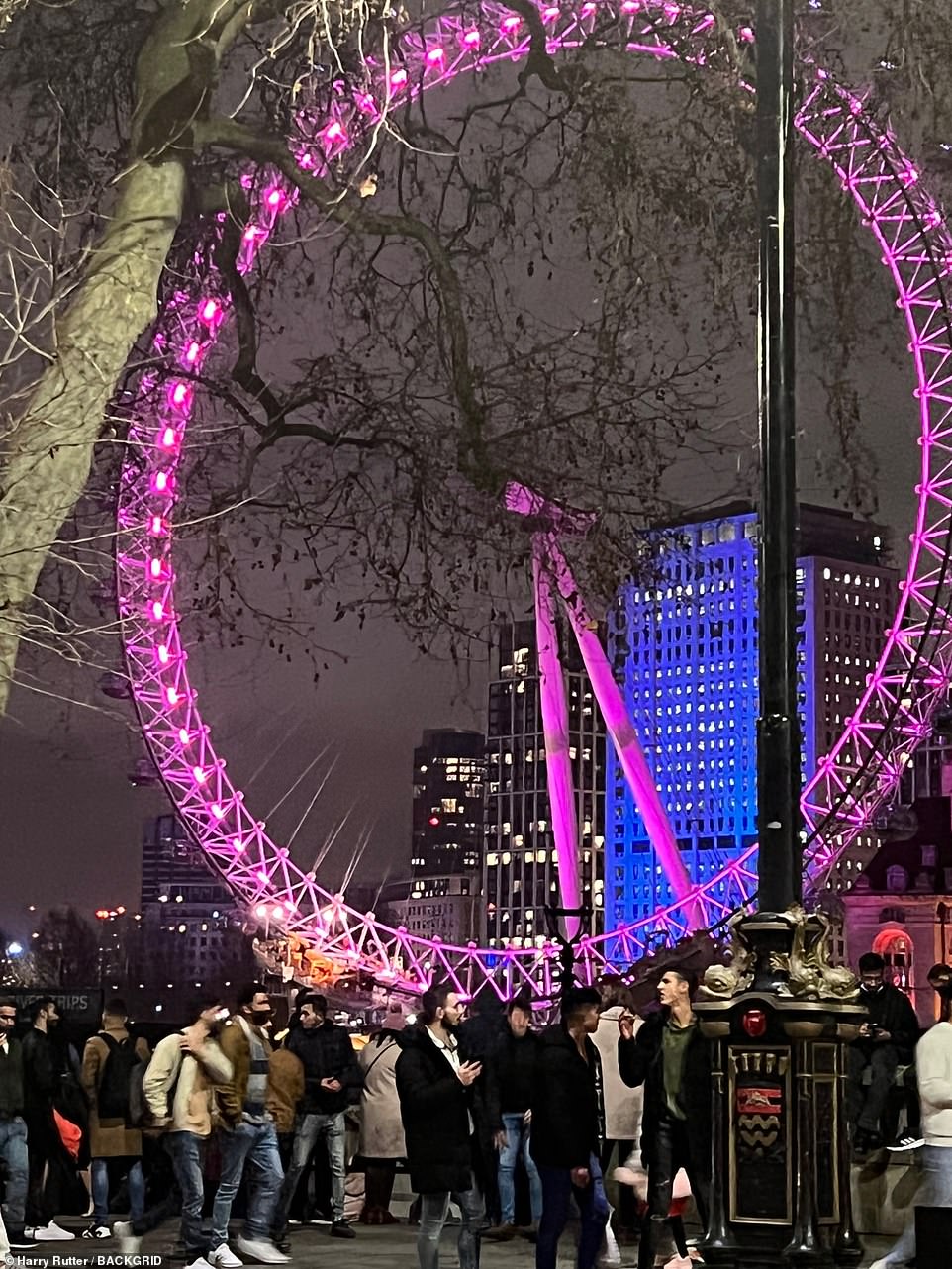 Hundreds of people gathered in central London ahead of midnight, although this year’s fireworks display was not visible from the ground 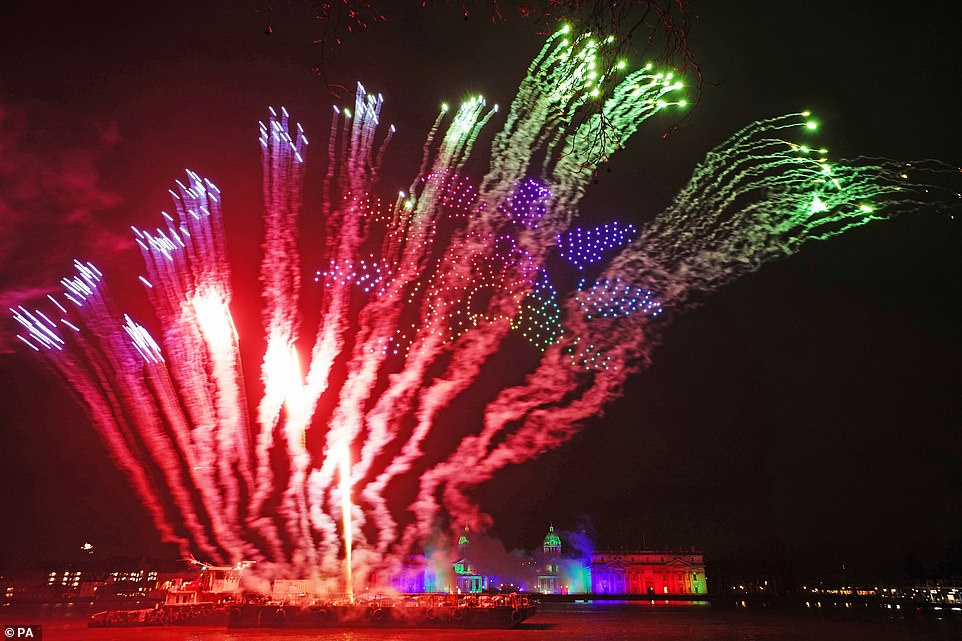 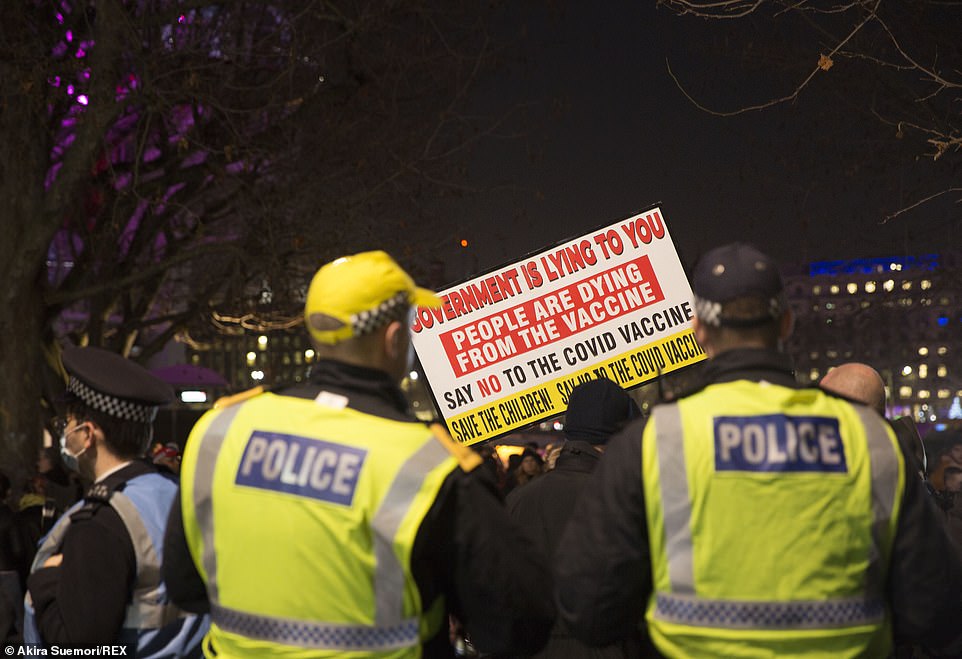 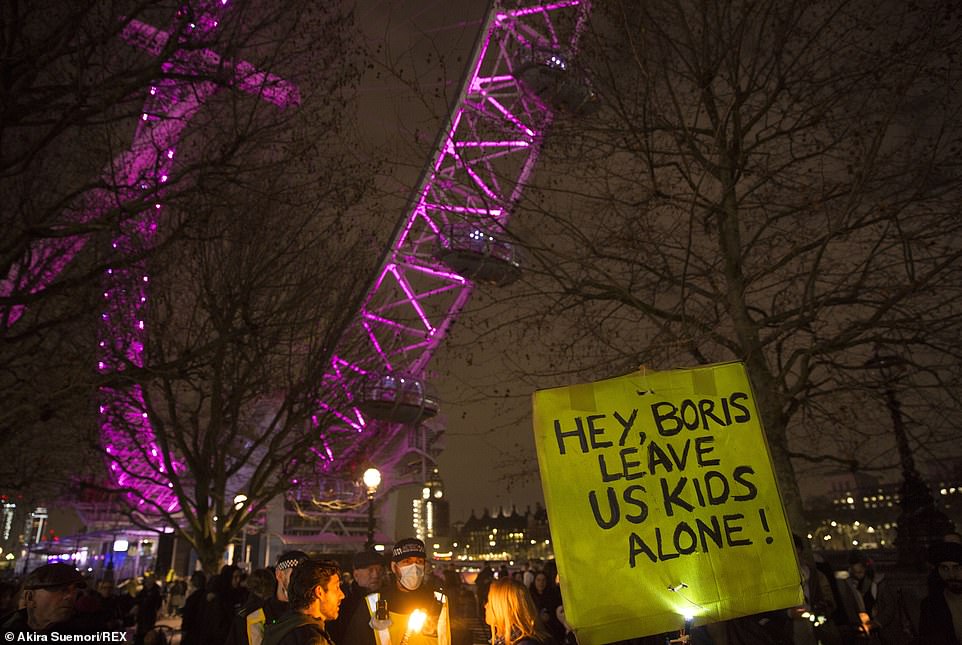 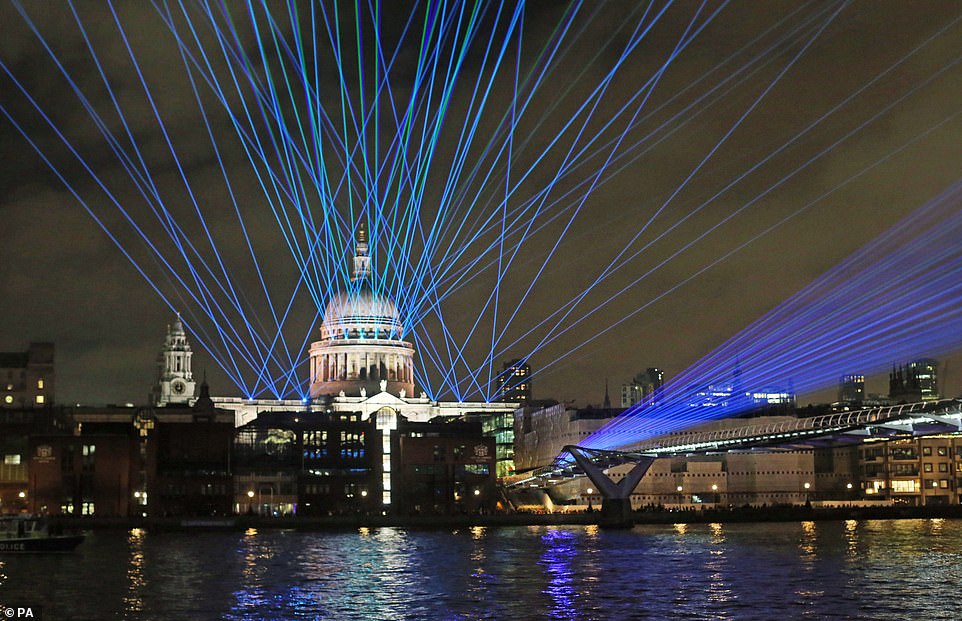