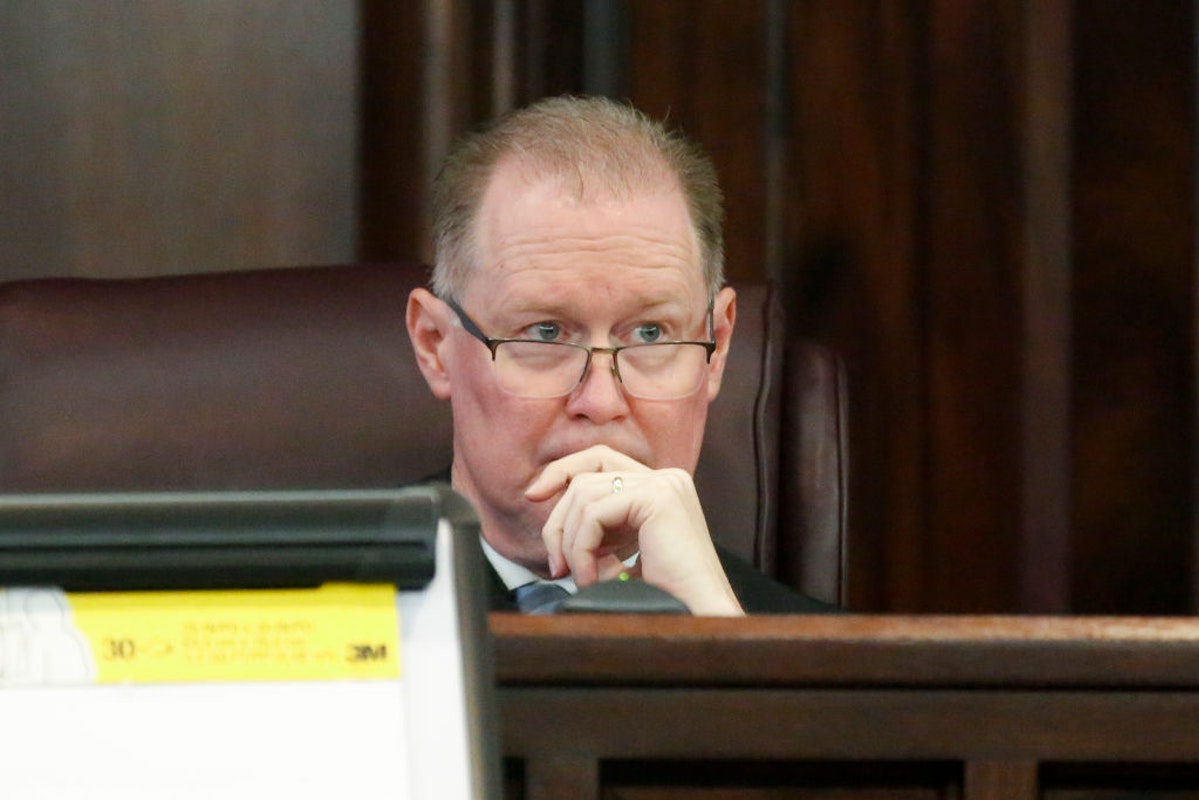 Judge Timothy Walmsley, who sentenced the three men convicted of killing Ahmaud Arbery, made the courtroom sit in silence for one minute to put “into context” how long the men chased Arbery before ultimately killing him.

Insider reported that Walmsley told the courtroom during sentencing on Friday that he would “sit quietly for one minute and that one minute represents a fraction of the time that Ahmaud Arbery was running” away from his killers.

In total, he said, Travis McMichael, Gregory McMichael, and William Bryan chased Arbery for a total of five minutes.

From The Daily Wire:

Arbery, a 25-year-old black man, was fatally shot in Glynn County, Georgia on Feb. 23, 2020, as he was walking through the Satilla Shores neighborhood.

During the trial, the jury watched video of Arbery roaming around a vacant property with a house under construction. In the moments after Arbery left the property, he was chased by three white male residents of the neighborhood. Travis McMichael, 35, and his father Gregory McMichael, 66, armed themselves with guns and pursued Arbery in a pickup truck after he ran past their yard, which was several houses down from the unfinished property. Bryan, 52, followed Arbery in another car. Arbery then had a confrontation with Travis McMichael, who shot Arbery as he ran in front of the pickup truck.

All three men were charged with murder and convicted on November 24.

Both McMichaels were found guilty of felony murder, aggravated assault with a firearm and with a pickup truck, false imprisonment, and criminal attempt to commit a felony. Travis McMichael was also found guilty of malice murder, but his father was found not guilty on that charge.

Bryan was found guilty of felony murder, aggravated assault with a pickup truck, false imprisonment, and criminal attempt to commit a felony. The jury found Bryan also not guilty of malice murder.

Walmsley said ahead of sentencing that he found “absolutely chilling” the point in the video where Travis McMichael lifted his shotgun up to kill Arbery.

“I’ve read somewhere, and I don’t remember where it was, that at a minimum, Ahmaud Arbery’s death should force us to consider expanding our definition of what a neighbor may be and how we treat them,” Walmsley said. “I argue that maybe a neighbor is more than the people who just own property around your house. I believe that assuming the worst in others we show our worst character.”

The three men convicted of killing Arbery argued during trial that they chased Arbery to make a citizen’s arrest following several break-ins in the neighborhood and that Arbery was shot in self-defense, even though they had been chasing Arbery.