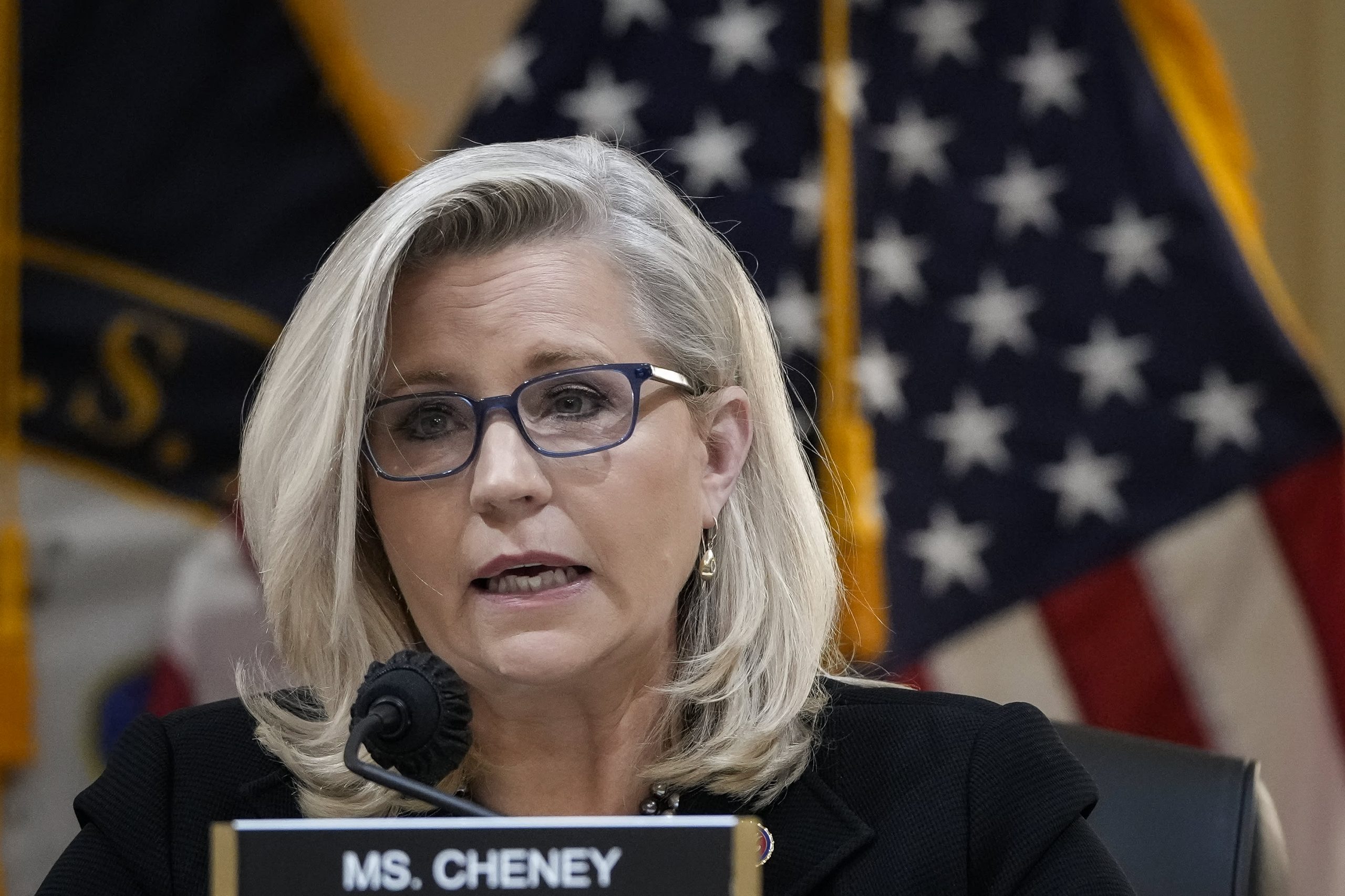 “We have firsthand testimony now that he was sitting in the dining room next to the Oval Office, watching the attack. The briefing room at the White House is a mere few steps from the Oval Office,” Cheney, vice chair of the committee, said on ABC News’ “This Week.”

She added that at any moment, Trump could have walked to the press briefing room and appeared on television.

“We know as [Trump] was sitting there in the dining room, next to the Oval Office, members of his staff were pleading with him to go on television to tell people to stop. We know [Republican] Leader [Kevin] McCarthy was pleading with him to do that. We know his daughter — we have firsthand testimony — that his daughter Ivanka went in at least twice to ask him to please stop this violence.”

In a one-minute video released on social media hours after the attack began, Trump repeated false claims about the election he lost while encouraging the rioters, who attacked the Capitol in an attempt to disrupt the electoral vote count formalizing Joe Biden’s win before a joint session of Congress, to “go home in peace.”

After the video was shared, he later tweeted, “These are the things and events that happen when a sacred landslide election victory is so unceremoniously & viciously stripped away from great patriots who have been badly & unfairly treated for so long.”

Twitter took action against both messages, and permanently suspended Trump in the days after the riot, citing “the risk of further incitement of violence.”

Thompson said on NBC News’ “Meet the Press” that the panel believes Trump made “several videos” before releasing the short clip and that it has asked the National Archives for the alleged videos that were never shared.

“It’s about 187 minutes,” he said in an interview that aired Sunday, in reference to the length of time it took for Trump to publicly urge his supporters to leave the Capitol after the attack began.

Representatives for the former president and Ivanka Trump did not immediately respond to requests for comment.

Over the past few months, the Jan. 6 committee has been accelerating its probe into the riot, as well as any actions or inaction by Trump and his allies. The House voted last month to refer former White House chief of staff Mark Meadows to the Justice Department for a criminal charge over his refusal to answer the committee’s questions.

As the anniversary of Jan. 6 nears, Thompson appeared on three separate Sunday programs to discuss the congressional probe into the deadly event as well as the pro-Trump rally that preceded it. The then-president spoke at the rally and encouraged those there to march to the Capitol, where Congress was engaged in formalizing President Joe Biden’s election win.

Thompson said the panel has evidence of interactions between House members and rioters on Jan. 6 that may or may not necessarily be of a significant nature. He did not specify which members.

“Now, ‘assisted’ means different things,” he said on NBC News’ “Meet the Press.” “Some took pictures with people who came to the ‘Stop the Steal’ rally. Some, you know, allowed them to come and associate in their offices and other things during that whole rally week. So, there’s some participation.”

Thompson also said the panel intends to recommend new legislation to improve U.S. intelligence gathering, which if adopted, hopefully will ensure “this will never, ever happen again.”

“As you know, it was clear that we were not apprised that something would happen. But for the most part that it was the worst-kept secret in America that people were coming into Washington, and the potential for coordination and what we saw was there. So, we want to make sure that never happens again,” Thompson said on ABC News’ “This Week.”

A Senate report released in June, which was the result of a joint investigation by the Homeland Security and Rules committees, summed up what it says were profound intelligence and security failures that contributed to one of the worst incidents of domestic terrorism in U.S. history.

The report found that a key contributing factor to the events of Jan. 6 was the failure of the intelligence community to “properly analyze, assess, and disseminate information to law enforcement” regarding the potential for violence and the known threats to the Capitol.

In the report, one unnamed Capitol police officer was quoted as saying, “We were ill prepared. We were NOT informed with intelligence. We were betrayed.”

House Intelligence Committee chairman Rep. Adam Schiff, D-Calif., said the Jan. 6 riot was, “in part, an intelligence failure that is the failure to see all the evidence that was out there to be seen of the propensity for violence that day,” on CBS News’ “Face the Nation.”

The Jan. 6 committee will also recommend legislation on how to improve the coordination of resources to protect the Capitol, according to Thompson.

“There were significant inconsistencies in coordination. The National Guard from the District of Columbia was slow to respond, not on its own but it had to go to the Department of Defense,” he told “This Week.” “We want to make sure that the line of communication between the Capitol police and the structure of how we make decisions is clear. Right now, it’s kind of a hybrid authority and that authority clearly broke down.”

James Cayne, Who Ran the Ill-Fated Bear Stearns, Dies at 87