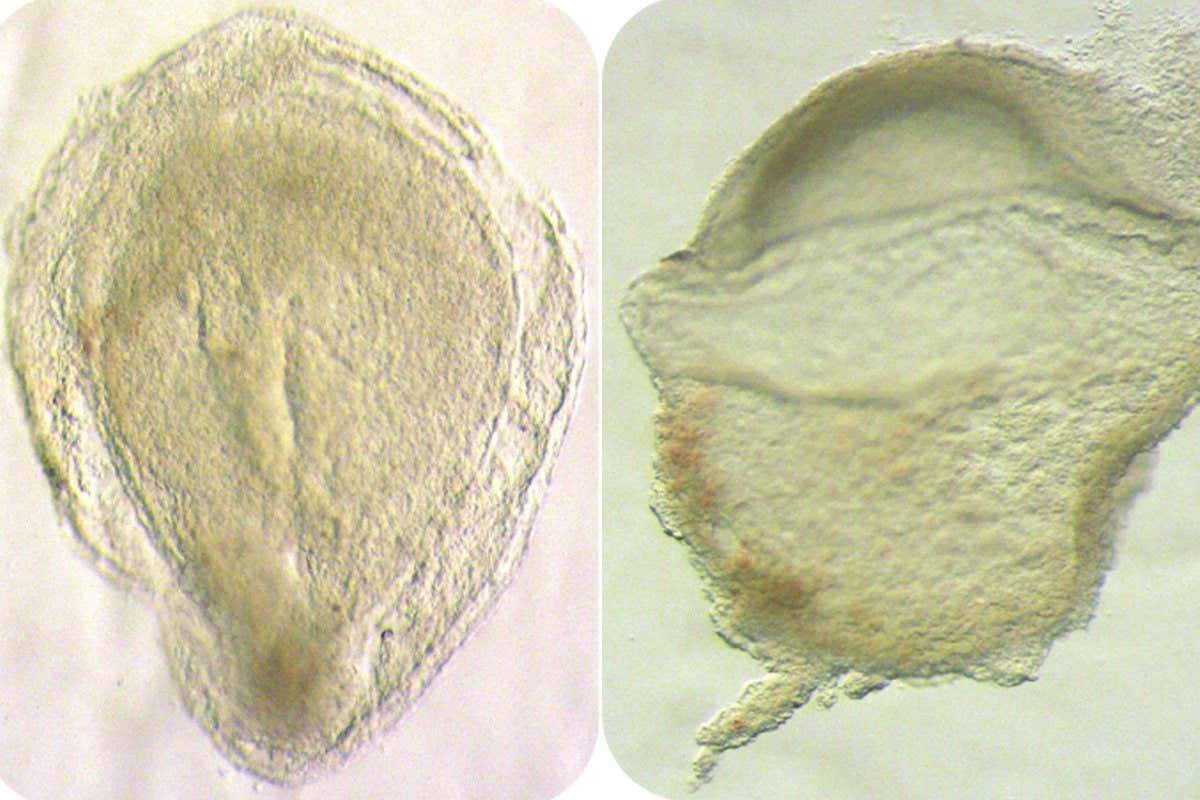 We know little about human development just after implantation, but an embryo donated by one individual offers a rare look at the process

What happens in the first weeks after a human embryo implants in the uterus has been a black box. Now, biologists have had a chance to study this stage of development in detail for the first time.

The first week of development can be investigated by growing spare IVF embryos, while embryos older than 12 weeks are often donated for research by people after abortions. But samples of the stages in-between are exceedingly rare because few people realise they are pregnant and choose a termination at such an early stage.

Biologists have been particularly keen to study a process called gastrulation, which starts two weeks after a human egg is fertilised and a week after implantation. At this point, the embryo consists of a hollow ball made of a single layer of identical cells. It then folds to form a multilayered structure and the cells start to take on specialised roles.

“This is the stage where some of the key [developmental] decisions are taken,” says Shankar Srinivas at the University of Oxford. Understanding this fundamental process could lead to better ways of turning stem cells into useful cells for treating diseases and injuries, he says.

A donated embryo just 16 to 19 days old and in the process of gastrulating has now been studied by Srinivas’s team.

The donor must have suspected they were pregnant as soon as their period was late, and done a test and gone to a clinic the same day, says Srinivas. At the clinic, they would have been offered a medical abortion.

Most people choose to take the abortion-inducing drugs at home. In the UK, only those who decide to remain in a clinic are asked if they would like to donate material for research. The Human Developmental Biology Resource, a tissue bank backed by a number of academic institutions, the health research charity Wellcome and the UK Medical Research Council, then collects and prepares samples.

The researchers looked at which genes were active in every cell of the embryo. They found that gastrulation in humans is broadly similar to that in mice and monkeys, but with some key differences. For instance, some of the so-called growth factors that control the fate of cells are different.

The blood system was also already starting to form in the embryo, earlier than expected from mouse studies.

The researchers were able to identify and characterise the primordial germ cells, the cells that later give rise to sperm or eggs.

“It’s giving us this profile of what human primordial germ cells look like and how we might make them in the future,” says team member Richard Tyser, also at Oxford.

No nerve cells had yet formed in the embryo. “We could detect the earliest progenitors of neurons, but these cells give rise also to skin,” says Srinivas.

At present, guidelines and sometimes laws prohibit human embryos being grown in the lab for more than 14 days. Some researchers would like this to be extended, and the finding that no neurons are present in an embryo that was 16 to 19 days old will inform that debate, says Srinivas.