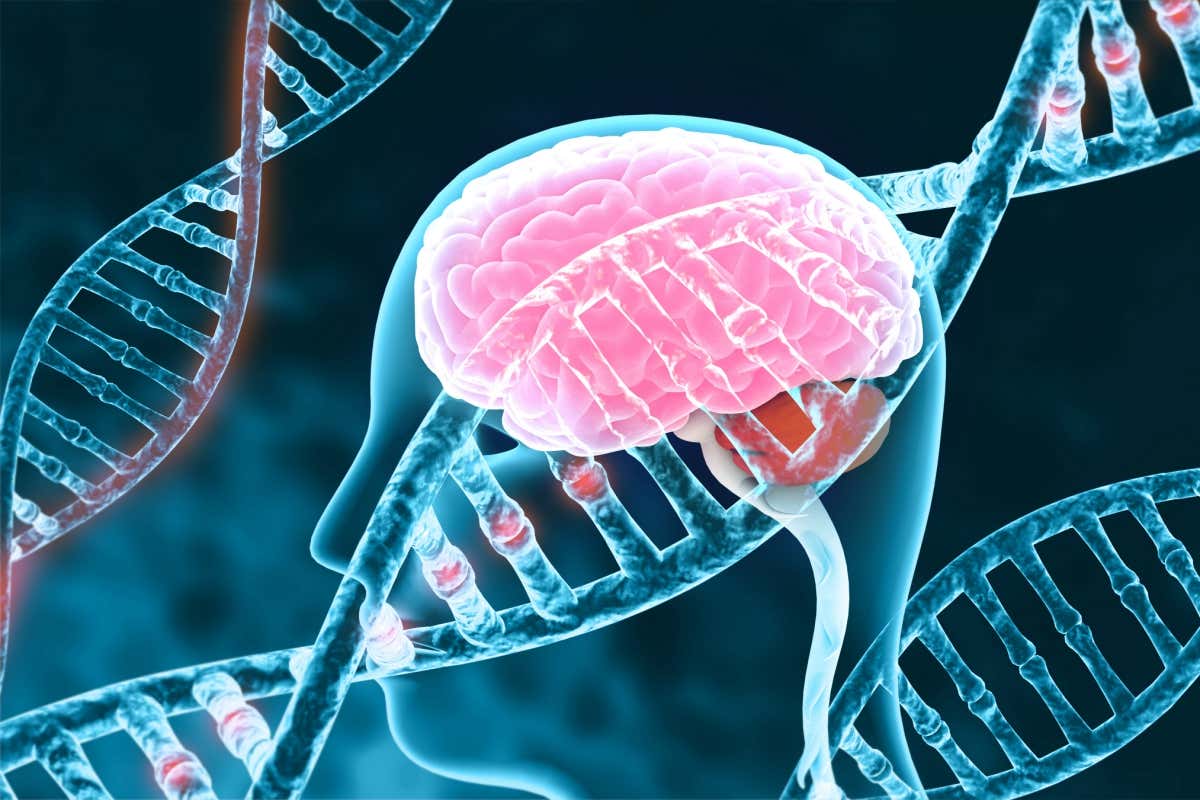 Researchers have sequenced the full “transcriptome” of part of the human brain, revealing all the ways its cells use genes to make proteins

The genetic code for the human brain is much more complex than we realised, with some genes potentially encoding tens or even hundreds of different proteins.

The finding comes from the first sequencing of the full “transcriptome” – a readout of all the different ways genes may be used to make proteins – of part of the human brain. “From the same set of genetic information, you can derive a lot more endpoints,” says Jonathan Mill at the University of Exeter, UK.

When cells make proteins, first the relevant gene is used as a template to build a copy in the form of mRNA, a process known as transcription. The mRNA sequence is then used to create the protein.

Not all of every gene is used, though, as genes consist of several stretches of protein-coding DNA called exons, interspersed with segments called introns that are normally thought to be snipped out from the mRNA, allowing the exons to be “spliced” together.

It has long been known that some genes can produce slightly different mRNA sequences, because not all the exons are used. More recently, it was discovered that some introns may not be removed.

The importance of such alternative splicing processes has been unclear. Now, Mill’s group has used new sequencing techniques to characterise and quantify all the different mRNA in cells from the cerebral cortex, an outer part of the brain that is important in complex thought processes. The team studied tissue samples from people who had agreed to donate their brain for research after death.

From the nearly 13,000 genes active in the cerebral cortex, the researchers found almost 33,000 different mRNA molecules. About a fifth of the genes produced mRNAs containing introns, and more than 200 genes made between 10 and 100 different mRNAs. This shows that alternative splicing in the brain is more important than we realised, says Mill. “The brain is this very complex organ, so it would make sense.”

It isn’t known if all the mRNAs discovered end up being turned into proteins, but even if they aren’t, they can affect gene activity, says Mill. The researchers have also found that brain cells from people with Alzheimer’s disease and schizophrenia make different mRNAs, suggesting that alternative splicing may play a role in these conditions.

The team has put the human and mouse versions of the cerebral cortex transcriptome on a public database for other researchers to use.