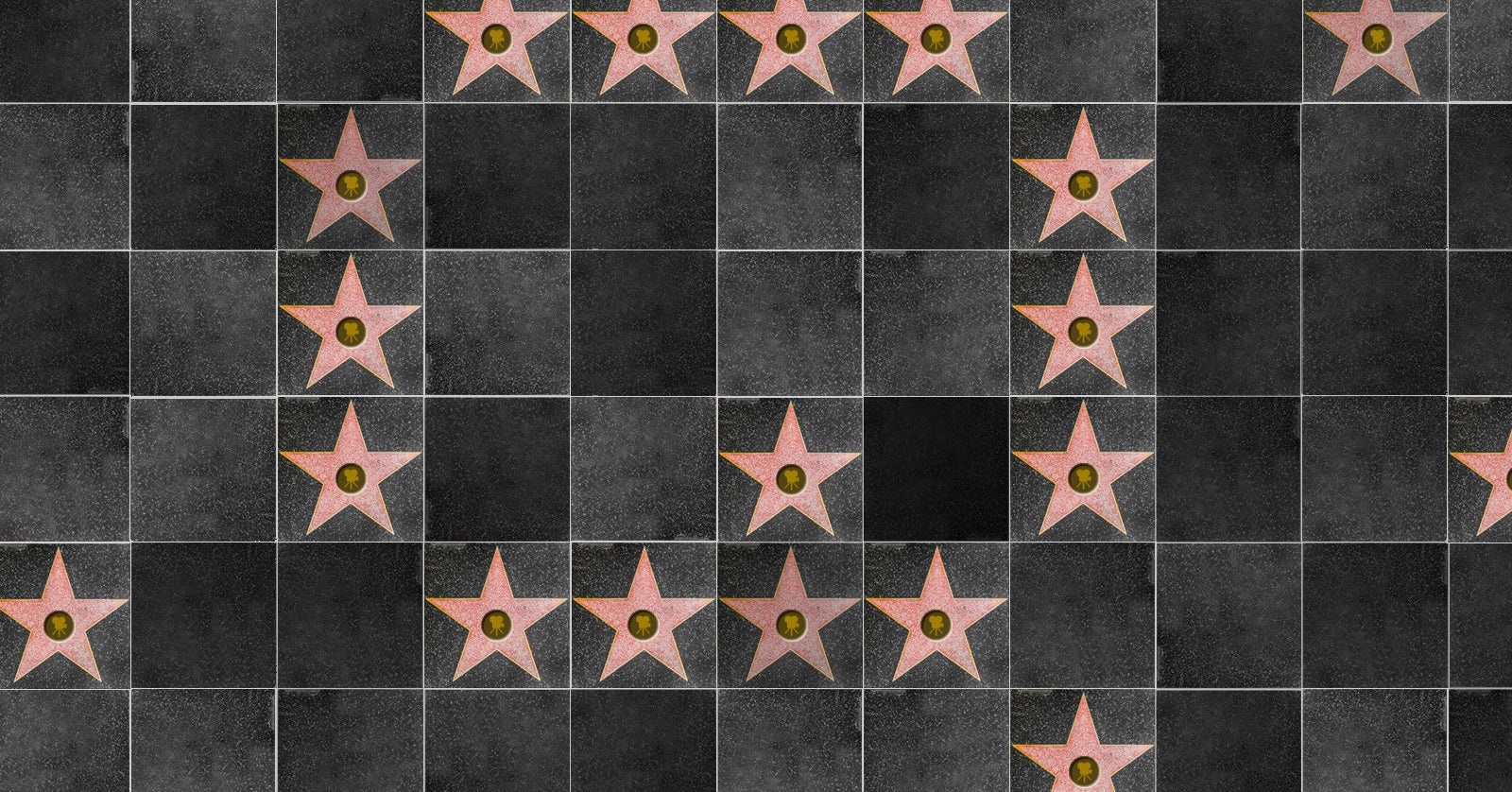 It was early June and “Penny Farthing” had finally had enough.

“I’ve been a faithful reader of this site since like 2008 but I have just about had enough of the QAnon garbage that gets posted lately. The very first post I read here was about Gary Busey trying to use gold doubloons as legitimate currency and tbh I would just like more of that please.”

Posted to the celebrity gossip blog Crazy Days and Nights, the remark distilled the frustration many readers had been feeling as scandalous tidbits of Hollywood intrigue got crowded out by what another longtime reader described as “ludicrous QAnon horror stories lifted from Twitter.”

The post Penny Farthing was replying to was a “blind item” claiming an actor had forced his friend to join a “rape club” (commenters guessed it referred to Tom Cruise and Brad Pitt). Another was an item about Bill Gates using the Bill & Melinda Gates Foundation to test experimental new foods on people in developing nations. Multiple posts have accused Tom Hanks, a frequent Q target, of licentious behavior on a yacht belonging to Hollywood mogul David Geffen. And an ongoing parade of posts describe Hollywood stars abusing minors.

Since 2006, people have come to CDaN for blind items that run the gamut from true (Kaley Cuoco getting divorced) to ridiculous (Beyoncé faked her pregnancies) to fantastical (Anna Wintour and Bob Marley had a secret baby together). The site has a well-earned reputation for being both prescient and endlessly entertaining, so it was hardly surprising that its devotees were irked by blind items that seemed to refer to QAnon, the collective delusion that (I can’t believe I’m writing this) a satanic cabal of Trump-hating, child-abusing, moneyed elites runs American politics and media.

Blind items are a form of gossip where the actual name of the person is left out and some of the details are obscured. It’s like a game: In the comments, readers can guess who the celebrity might be. For example, “this one-named A+ list foreign-born singer is about to release an album” (Adele). This mechanism is oddly similar to QAnon’s, which also involves a pseudonymous insider posting cryptic message “drops” about famous people.

“I have no doubt whoever came up with Q has read my site at some point.”

Tomlin is hardly alone in thinking there might be some weird political agenda behind negative items about celebrities from the political left — Chrissy Teigen, Tom Hanks, Robert De Niro. A poster to the pop culture message board Datalounge wrote, “The site is custom made for right wingers, people who hate Hollywood and loudmouthed liberals with a passion. That’s indeed a common strategy by the alt-right to level pedophilia accusations at any detractor to destroy their credibility.”

Viewed through a political lens, QAnon is a far-right absurdity with a surreal and terrifying real-world reach. But viewed through a celebrity gossip lens, it seems to make a little more sense. Hollywood elites engaging in morally repugnant or taboo sex? Facing no repercussions for bad actions? Using their fame and money to silence those who might reveal their misdeeds? This is practically conventional wisdom. Gossip fans and QAnoners share a core belief: that behind closed doors, celebrities are doing unspeakable things.

Crazy Days and Nights might not be trafficking in hardcore Q dogma, but there’s a Q dog whistle somewhere in the background if you listen for it. And whether intentional or not, it’s made the long-running blog a favorite of actual QAnon adherents who see it as reinforcing their elaborate shared delusion.

And that’s not particularly surprising to Enty, the name under which CDaN’s creator publishes. “I have no doubt whoever came up with Q has read my site at some point,” he told BuzzFeed News.

Enty, who purports to be an entertainment lawyer in Hollywood, started Crazy Days and Nights back in 2006. It has never had the name recognition of peers from the mid-aughts like Perez Hilton’s blog, but it has a loyal cult following among gossip fans. Gen Z discovered the blog through TikTok, where some creators have gone viral for discussing its blind item posts.

Anne Helen Petersen, a historian of celebrity gossip (and former BuzzFeed News reporter), said it’s not surprising that the readers of Crazy Days and Nights might also follow QAnon, and vice versa.

According to Petersen, blind item fans “think of gossip as a puzzle they can solve. When you think of the people who love QAnon, devouring those drops, that’s what they love. There’s pleasure in that analytical puzzle solving, and that translates very easily from Save the Children or Q to Crazy Days and Nights.”

Problem is, there’s a nasty gulf between the two. Celebrity gossip is typically harmless (though perhaps not for targeted celebrities) and unlikely to inspire a coordinated assault on the US Capitol. Real Housewives fans probably wouldn’t wear a horned bearskin headdress and carry a spear on a visit to Congress.

“Enty was the best until he got Q-pilled.”

But in the Hollywood sexual harassment scandals, CDaN and Q found common ground: the real or imagined shitty behavior of powerful men.

“A weird thing happened post-#MeToo where CDaN and old-school casting couch stuff, which has always been at the core of CDaN, crossed paths with QAnon,” Troy McEady, cohost of the celebrity gossip podcast Beyond the Blinds, said. “And now they exist in the same world, so it’s become hard to navigate.”

Too hard, for some.

“Eventually the tone shifted from being silly blinds about celebs being awful on sets or partying too hard or cheating to child abuse, yachting, sexual assault, and QAnon,” one former reader told BuzzFeed News. “That’s when I stopped reading.”

Tara Giancaspro was another formerly enthusiastic CDaN reader until the site’s shift toward conspiracy turned her off. “I started to feel that Enty had an agenda or a value system that went beyond neutral reporting on celebrity high jinks.”

Another former CDaN reader was a bit more pointed in a remark they posted to Reddit: “Enty was the best until he got Q-pilled.”

In an interview, the pseudonymous author of the site told BuzzFeed News any appearance of a connection between QAnon and CDaN is a coincidence. If it seems like there have been a lot of items about child predators on the site, maybe that’s just because there are a lot of child predators in Hollywood, he said. And by the way, he added, there is no political slant to the site. He typically passes on political tips and will post one “only if it’s celeb adjacent, or if it’s somebody both sides want to talk about, like Matt Gaetz.”

Enty has a more professional quibble with QAnon: the quality of the drops. “What makes a good blind item is if you only have two or three possibilities, not 100,” he explained. “But with Q posts, you could go any direction with those.”

“I don’t believe in lizard people, but I’m willing to believe there’s a cabal.”

Enty insists he’s not a Q follower, though he did admit to being familiar with Q lore. (“Sure, I’ve seen some. It wasn’t an everyday thing — it wasn’t like I had an alert on my phone.”) So any appearance that CDaN has gone Q is really more an issue of overlapping worldviews, he said. To Crazy Days and Nights, Hollywood is a liberal Gomorrah, full of extramarital sex, child sexual abuse, cult recruitment, gold diggers, drugs, rape, and the misdeeds of hypocritical, virtue-signaling stars. To the QAnon deluded, it’s pretty much the same thing.

“Everyone believes in one conspiracy theory,” said Mia Bloom, professor of communication and Middle East studies at Georgia State University and coauthor of the book Pastels and Pedophiles: Inside the Mind of QAnon. “People who are radical think in shades of black and white. But with QAnon, we’re seeing people say, ‘OK, I don’t believe in lizard people, but I’m willing to believe there’s a cabal.’”

Internet celebrity gossip requires its readers to be slightly conspiratorially minded — to believe there’s something happening beyond what’s printed in Us Weekly. But Enty is more open to conspiracy than most — that’s how he built one of the most influential celebrity gossip sites on the internet. And perhaps that’s why CDaN seems to have collided with the QAnon delusion: Maybe the instincts that make for a compelling celebrity gossip site are the same ones that make for a compelling political conspiracy. Chief among them is a forced credulity.

“Do I believe the moon landing was staged? No,” Enty said. “But I’m willing to listen to the arguments. I’m willing to have the discussion. It’s Buzz Aldrin who will punch you in the mouth if you say it’s fake.” ●

Correction: Tara Giancaspro’s name was misspelled and the title of the podcast Beyond the Blinds was misstated in a previous version of this post.

VR and AR continue to simmer at CES 2022 – TechCrunch