Help I Can’t Stop Getting Emails About NFTs
Advertisement 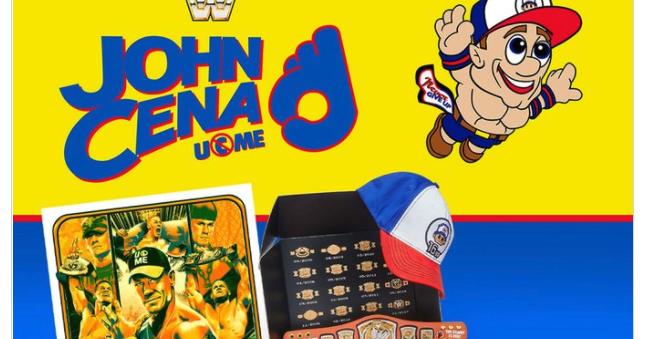 As a tech reporter, I’m sent lots of pitches from hard-working publicity people encouraging me to write about some product or app that I almost certainly will never write about. This seems like a hard job — convincing people whose job is to be skeptical to write about something that requires a leap of faith — and I certainly don’t begrudge these PR people doing it. But lately, I’ve been caught in a seemingly endless deluge of PR emails touting NFTs and the increasingly improbable list of celebrities and brands that have suddenly taken an interest in them.

Here’s a sampling of my inbox:

“I can’t even read these. I feel bad inside,” said Ed Zitron, a tech publicist. “This is like a filthy wet towel, being twisted in an attempt to ring out all the last drops of money.”

The correlation between reality and PR firms’ hopes for their clients is often a thin one. But from a thousand yards, I can squint at the rat’s nest of NFT pitches in my inbox and see a developing trend: A lot of well-known people and brands are paying real publicists to promote their NFTs.

Which is interesting because NFTs are especially dependent on promotion and renown as a driver of value. Unlike a rare painting, gold bullion, or stock in a company selling tons of widgets, NFTs are not tangible items with associated value, they are a piece of code that guarantees ownership of a digital asset. And while the market has assigned value to all manner of odd things, you can’t eat JPGs. So perception is absolutely crucial for NFTs — and that’s where the publicists come in.

As you’ll see in the list above, a lot of recent NFT pitches are related to celebrity or pop culture — not things that have emerged organically from the NFT or digital art scene. Some are shameless stunts from big companies looking for a little PR juice from the NFT trend; it’s more akin to Arby’s Twitter account wishing you a happy Arbor Day.

“As a publicist, we are always looking for something that has a celebrity or pop culture angle,” said publicist Lauren Carasso of the agency Grasslands, who recently pitched me on an interview with an NFT expert client. Typically, having a famous person attach their name to something garners public attention for it, and attention (traditionally) translates to profit. This is why celebrities appear in ads for jeans and fragrances and whatnot.

But NFTs aren’t perfume or sneakers, they’re new “collector’s items” that buck many of the tropes of traditional capitalism. For example, the creator of the Nyan Cat meme sold an NFT of it for almost $600,000. But the person who bought the NFT doesn’t own the meme or the intellectual and creative rights to it.

That means attaching a celebrity to an NFT isn’t an instant formula for success. This week, Bloomberg reported that many celebrity-related NFTs have completely flopped. Professional wrestler John Cena, who was only able to sell 37 out of 500 of his NFTs, described the effort as a “catastrophic failure.”

This isn’t to say that celebrities associating themselves with NFTs doesn’t raise their value. Collections of NFTs like CryptoPunk or the Bored Ape Yacht Club have attracted celebrity buyers like Jimmy Fallon and Steph Curry, and their very public interest has in turn made NFT mugshots of cartoon apes a thing that many people want — Mike Tyson, Post Malone, and Jay-Z included.

Mauro Martino, director of the Visual AI Lab at MIT-IBM Research AI Lab, recently published a study of NFT prices, mapping data from 4.7 million NFTs. In it, he cites the fame and influence of an NFT buyer as a key factor in determining its price. “The most obvious factor is how people are related to the seller in the NFT world,” Martino told BuzzFeed News.

What this means is that if, say, someone like social media marketing celebrity Gary Vaynerchuk calls someone like influencer Logan Paul and a bunch of his wealthy buddies and convinces them to buy a certain NFT, the price of that NFT spikes when they blab about it all over the internet. Which is a real thing that happened, according to Logan Paul himself. The CryptoPunk NFTs that Vaynerchuk told Paul and his other rich friends to purchase in the video below quickly became NFT success stories.

Ultimately the value of publicity for NFTs may be a long tail of general consumer awareness. NFTs have a big hurdle of “what the heck is this and how do I even buy it,” and even a small bit of mainstream attention on them chips away at that. This article, for example. Because if you made it this far, well, hey — the PR emails worked.