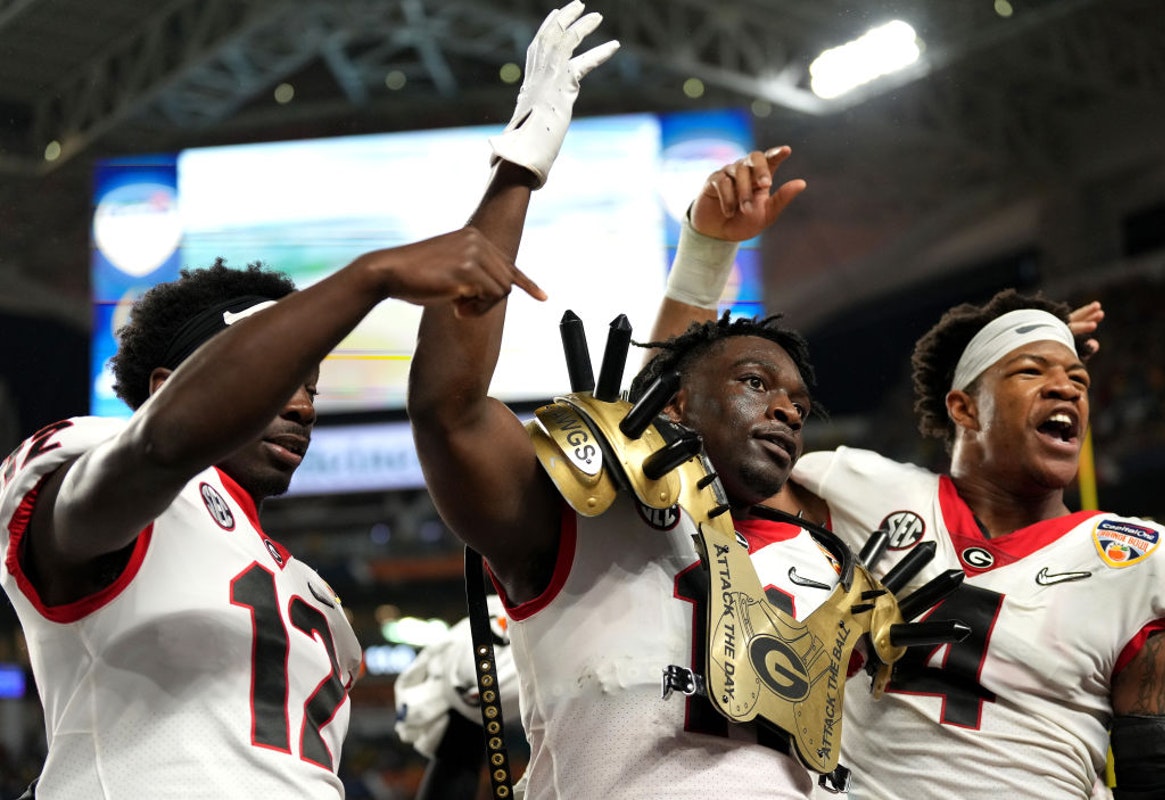 Maybe put to rest the “SEC is overrated” talk for a few months.

Following Alabama’s beatdown of Cincinnati in the Cotton Bowl, the expectation was that No. 2 Michigan would at least give No. 3 Georgia a challenge, even with the Dawgs favored by 7 ½ points. Not only did Michigan fail to challenge Georgia from the start, they didn’t even put up a fight.

From the opening kickoff, Michigan was outclassed, meekly ending their season in a 34-11 loss to Georgia.

On their first drive of the game, Georgia’s superior speed was evident, quickly marching down the field to score on a nine-yard touchdown pass from quarterback Stetson Bennett to Brock Bowers. And the offense continued to roll from there. The Bulldogs scored on their first five possessions of the game — a first in the history of the College Football Playoff — including on a 57-yard touchdown from Bennett to Jermaine Burton with 1:38 to go in the second quarter, essentially putting the game on ice as Georgia went up 27-3.

All the questions regarding Bennett’s capabilities to lead Georgia were put to bed early, as he lit up Michigan’s defense early and often. In the first half alone, Bennett threw for 234 yards and two touchdowns, completing 16 of his 22 passes.

Michigan got the ball to start the second half, needing to get into the end zone to stay in the game. After driving down to the Georgia 19-yard-line, Michigan quarterback Cade McNamara threw a bizarre interception in the endzone, ending any chance of a miracle comeback. It was the second interception of the night for McNamara.

On the following possession, Georgia linebacker Nakobe Dean forced a Blake Corrum fumble, with Georgia recovering for the third turnover of the game.

It was a bounceback game for Georgia’s vaunted defense, shredded by Alabama’s offense in the SEC Championship Game. Even after giving up 536 yards to Bama, Georgia’s defense entered the Orange Bowl second in the country in yards allowed per game (254.4), third in rushing yards per game (81.7), and first in points allowed per game (9.5) by a wide margin.

They surrendered just 16 first downs and 321 yards to Michigan, reasserting themselves as the top defense in the country.

Bennett finished the night 20-30 for 310 yards and three touchdowns. Running back James Cook had four catches for 109 yards and a touchdown, adding 32 yards on the ground.

Georgia moves on to the National Championship Game on January 10, hoping to give head coach Kirby Smart his first win against Nick Saban and Georgia’s first championship since 1980.