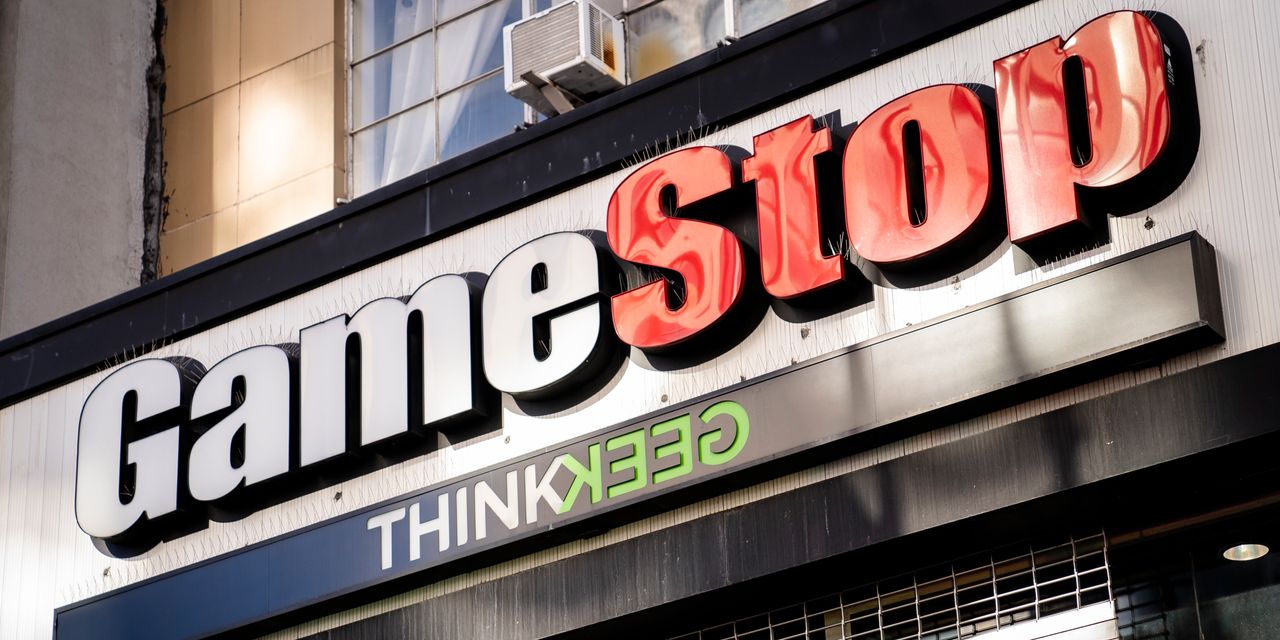 shares jumped 7.3% on Friday, extending the videogame retailer’s volatile ride into this year.

The stock lurched higher after The Wall Street Journal reported that GameStop is launching a new division. GameStop plans to develop a marketplace for nonfungible tokens and establish cryptocurrency plans, an area that has been popular among individual investors.

The shares pared even bigger gains from earlier in the session and settled at $140.62. The company’s share price surged to all-time highs last year during a Reddit-driven frenzy and is up more than 650% over the past year.

But it has been a rocky start in 2022 for meme stocks overall.

stock has fallen more than 15% in the first week of the year. Even with Friday’s gains, GameStop shares are down 5.2% for the week.

The new division is the latest in a string of moves that company executives have made to overhaul the retailer. The company has specialized in selling hard copies of games even though many consumers are opting to download and stream games over the internet. GameStop was one of many companies hurt during the pandemic as businesses around the country were shut down.

Last year, GameStop had a shake-up within its executive team and it named activist Ryan Cohen as chairman.

GameStop isn’t the only memestock to add crypto features to its business. AMC last year said that it would accept bitcoin at its movie theaters. AMC’s Chief Executive Officer

wrote on Twitter Thursday that he has been “repeatedly asked when AMC expects to routinely accept Dogecoin and Shiba Inu for any and all payments made via the AMC” website and mobile app.

He said that AMC is on track to implement the change in the first quarter of the year.

Write to Gunjan Banerji at gunjan.banerji@wsj.com

Appeared in the January 8, 2022, print edition as ‘GameStop’s Shares Jump On NFT Plan.’

What we are watching next week, including Wells Fargo earnings

Alibaba Stock Is Surging. 5 Reasons Investors Are Buying the Dip.