Federal Rental Assistance Is Running Out, With Tenants Still in Need
Advertisement 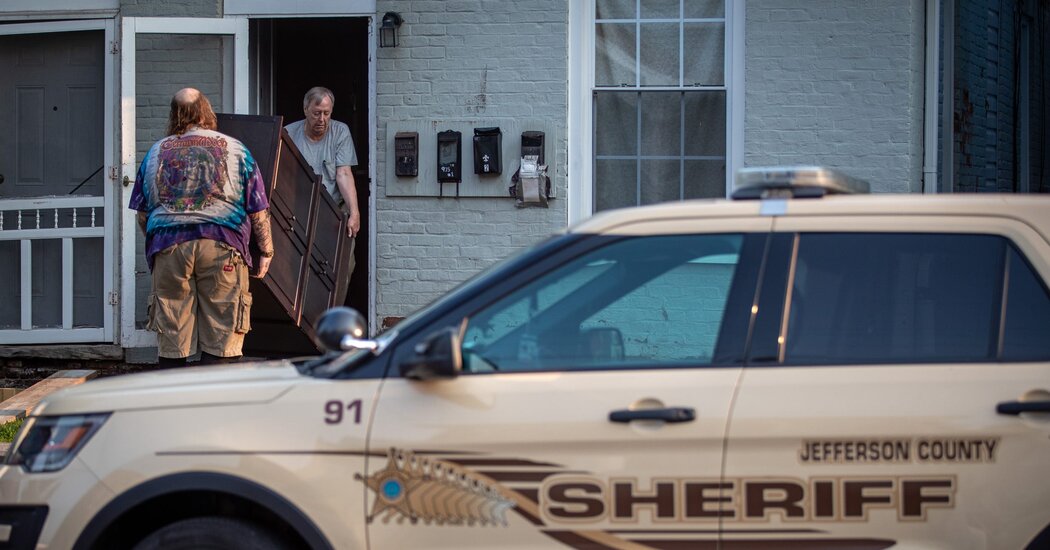 One of the major levers the government used was to warn laggard states that their funding would be shifted to other states if they did not quickly improve their distribution and anti-eviction efforts.

By the fall, with the federal eviction moratorium expired, many states had improved their efforts, and administration officials began offering governors an out: They could move their money to counties and cities that were spending the cash more efficiently, said Gene Sperling, an economic adviser to President Biden who oversees the program for the White House.

Arizona officials agreed to shift $39 million to the state’s largest county, Maricopa, while Georgia moved about $50 million from its allocation to Fulton and DeKalb Counties in the Atlanta area. The biggest single shift took place in Wisconsin, where Gov. Tony Evers, a Democrat, agreed to move about $110 million to county and city officials in Milwaukee, according to the Treasury Department.

That left only about $240 million in cash to be shifted from states — including Vermont, Idaho, Delaware and South Dakota — that were not spending their cash fast enough.

“That is disappointing to states and cities who hoped to have a large amount of additional funds reallocated to them, but it reflects the larger, positive reality that after the initial challenges, these funds are now being spent or committed to families in need at a much more accelerated pace,” Mr. Sperling said.

For example, Texas requested $3 billion from the Treasury in the reallocation process, according to Michael Lyttle, a spokesman for the Department of Housing and Community Affairs. The state will not receive additional funds, but several Texas cities and counties will receive around $19 million total.

“This is the only life vest,” said Dana Karni, manager of the Eviction Right to Counsel Project in Houston. “If we don’t have emergency rental assistance, there’s not a whole lot we can do.”

Citigroup to Staff: Follow Our Vaccine Mandate Or We Really Will Fire You