Federal prosecutors from Manhattan investigated for months the now-bankrupt cryptocurrency exchange FTX in connection with a 1970 law designed to prevent money laundering, but it is unclear whether the investigation concluded prior to the firm’s recent collapse amid a liquidity crisis, according to Bloomberg Monday, citing anonymous sources.

The U.S. Attorney’s Office for the Southern District of New York was particularly concerned with whether FTX was in compliance with the Bank Secrecy Act, which is designed to limit the ability of terrorists and money launderers to use the U.S. financial system, according to Bloomberg. Reports that former CEO and major Democratic donor Sam Bankman-Fried had loaned billions of dollars of customers’ assets from FTX to his other company, trading house Alameda Research, prompted prosecutors to shift the focus of their investigation, Bloomberg reported. (RELATED: Disgraced Crypto CEO Took $1 Billion Loan From His Own Hedge Fund — That He Reportedly Bailed Out With Client Money)

The Manhattan-based U.S. attorney’s office specializes in financial crimes, and has been responsible for the majority of the government’s cryptocurrency-related cases in the past decade, according to Bloomberg. Both the U.S. Securities and Exchange Commission (SEC) and Department of Justice (DOJ) were reportedly months underway with their own investigations when the allegations regarding the misuse of client funds became public, prompting them to expand their probes to include Bankman-Fried.

Regulators from the Bahamas, where FTX is based, announced that they were freezing the exchange’s assets Nov. 10. Bahamian authorities confirmed that they had transferred an undisclosed amount of FTX’s digital assets into their own control, in a Nov. 17 press release.

WASHINGTON, DC – DECEMBER 08: CEO of FTX Sam Bankman-Fried testifies during a hearing before the House Financial Services Committee at Rayburn House Office Building on Capitol Hill December 8, 2021 in Washington, DC. The committee held a hearing on “Digital Assets and the Future of Finance: Understanding the Challenges and Benefits of Financial Innovation in the United States.” (Photo by Alex Wong/Getty Images)

Investigators are hoping that FTX’s new CEO, John J. Ray III, who helmed energy firm Enron during its historic bankruptcy proceedings, will be able to provide useful information, Bloomberg reported. Ray, in a Nov. 17 court filing, alleged that the company failed to keep accurate financial records and that corporate funds were used to purchase houses and other personal items for those connected to the inner-circle at FTX.

“Never in my career have I seen such a complete failure of corporate controls and such a complete absence of trustworthy financial information as occurred here,” wrote Ray. “From compromised systems integrity and faulty regulatory oversight abroad, to the concentration of control in the hands of a very small group of inexperienced, unsophisticated and potentially compromised individuals, this situation is unprecedented.”

Neither the U.S. Attorney’s Office For the Southern District of New York, nor FTX immediately responded to a Daily Caller News Foundation request for comment.

You Can Still Poke People On Facebook. Here’s How. 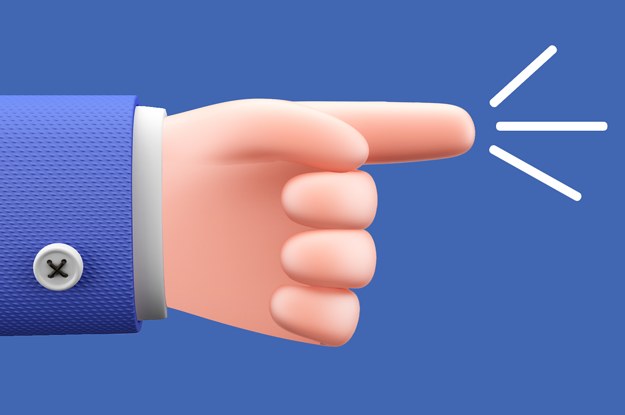 Our world is increasingly isolated and divided. Since the start of the pandemic, the amount of time adults and teens spend alone has dramatically increased and not returned to normal rates. Meanwhile, adult men have lost the ability to maintain friendships. Political factions and a raging culture war have divided us more than ever.

This holiday season, I propose a humble solution: the Facebook Poke.

The Poke, of course, is a very early feature on Facebook through which you send someone a notification that they’ve been “poked.” In the past, a poke might have seemed flirty or annoying. But in 2022, it’s a twee little wink. A whimsical notion. A harmless trifle.

Now I know what you’re thinking: I haven’t poked someone in years. Of course not! There’s a good reason for that. Facebook essentially killed off the Poke feature a few years ago, making it nearly impossible to find. But that only makes it all the more special and delightful when you poke someone now — what a warm and welcome nostalgic surprise it will be for them, like hearing an old favorite song on the radio or smelling grandma’s cooking. But, you know, in this case it’s a nostalgic treat from a massive corporation that has enabled genocide.

Poke was one of the earliest features of Facebook; started back in 2004, it predated the News Feed. But in the more recent past, it declined in use. Facebook was also becoming bloated with features. The Poke, after a failed revival in 2017, was relegated to a link buried deep within the sidebar of features on the desktop website and menu of the app, and eventually disappeared altogether.

This means you cannot navigate to the Poke section by clicking around inside Facebook.com or the Facebook app. That’s why no one has poked you for the longest time.

However, the Poke page still exists! There are two ways to access it:

2. Click directly on the URL for the page: Facebook.com/Pokes

What you will see on this page will either horrify or delight you. It’s a list of all the old, outstanding pokes that you never returned years ago. Names of people you haven’t spoken to in years will fill you with warm feelings of camaraderie (or dread!).

(Note: This isn’t a full list of all your old Poke activity, though it is possible to access that by downloading your data archive. You can do that in Settings & Privacy > Settings > Your Facebook Information > Download your information. If you only want the Poke data, I recommend unchecking all the boxes except “Other Activity” for the download — otherwise it’ll be a massive file.)

I went on a poking spree recently after I discovered the long-lost Poke page. It was wonderful. Friends I hadn’t talked to in forever texted or messaged me about it. “I haven’t been poked in 8 years 😂,” a friend who lives far away texted. Another friend messaged “OMG WHY ARE YOU POKING ME?” and then we caught up after a few years in which we hadn’t talked. (He had just been laid off from Meta, ironically.) Another friend who lives far away messaged in response and told me he was expecting his first child next month. A former coworker messaged me, “have you been hacked?” Another person I poked had a more succinct reaction: “Reported.”

This is exactly what I want out of a social media interaction. I’m desperately lonely but too exhausted to have a meaningful conversation with someone; I just want to let them know, Hey, I’m still here. Hi. I want a low-effort way of connecting with another human.

It’s hard to know what social media is right now. Twitter has devolved into a battlefield of roving clans of misery puppeteered by a 51-year-old cosplayer. TikTok is a psy-op from the Chinese government to convince me to eat raw liver and a good place for gang-stalking people with bad dating habits. Instagram is a crummier version of that. Snapchat is great for cyst-popping videos, but not very useful if your friend group isn’t mostly teenagers. Facebook was once a place for your aunt to wish you happy birthday, but now it’s better suited to sharing tips on taking horse dewormer. BeReal could be that fun, low-lift way of connecting with friends, but the daily ⚠️ prompts are starting to feel like a chore.

Frankly, what do you have left but to just poke someone? ●

Frequent conflict is a new requirement for startup leaders • TechCrunch 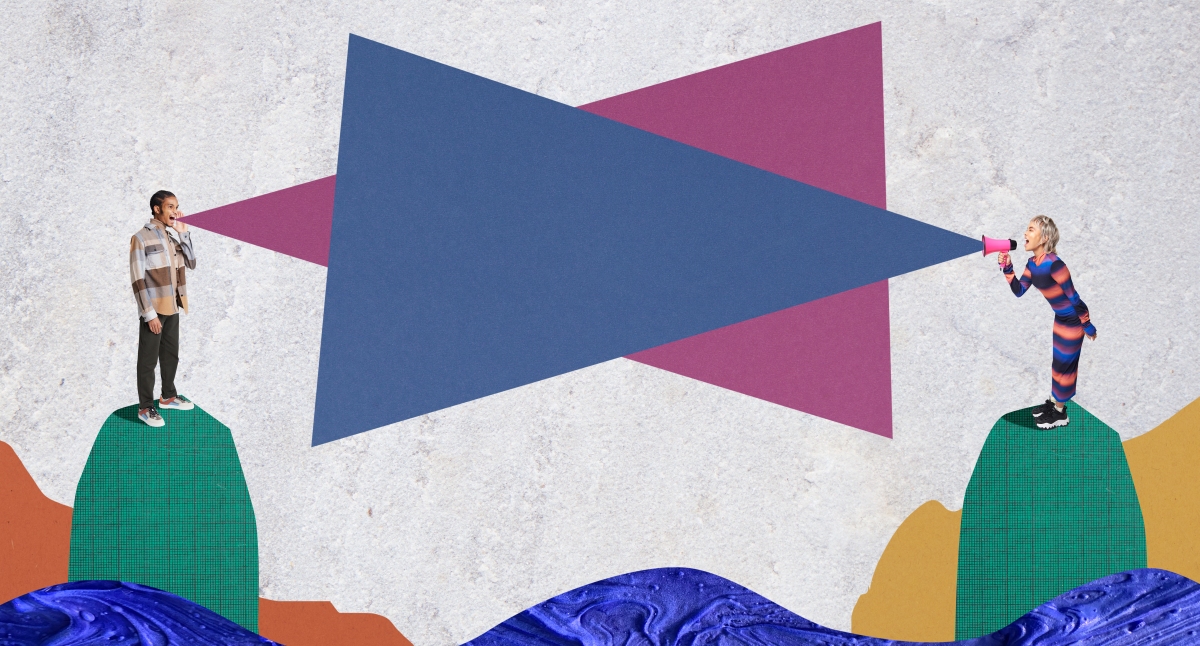 Tech has a homogeneity problem. Karla Monterroso — a longtime leadership coach, racial equity advocate and the founder of Brava Leaders — jumped on Equity last week to talk about how that issue was complicated by a bull cycle that saw power in visionary pitches — something now tested by a bear market in which talent is constantly turning over and founders have to make critical decisions with second- and third-order effects.

It’s the last day of the TechCrunch+ Cyber Monday sale! Head here for details, and don’t miss out!

Monterroso argued that a diverse workforce needs more than well-intentioned leaders to function properly. The skillset of a founder in 2022 comes with emotional intelligence on how to handle conflict, a mature understanding of power and the ability to offer context around decisions in a way that empowers their staff.

“We’re going to need leadership that is actually much more comfortable with complexity.” Karla Monterroso

To me, the takeaway from this episode is just how big the startup founder’s job is today, regardless of stage or scale.

My entire conversation with Monterroso lives now wherever you find podcasts, so take a listen if you haven’t yet. Below, we extracted a few key takeaways from the interview, from tech’s allergy to conflict to the consequences of widespread layoffs. 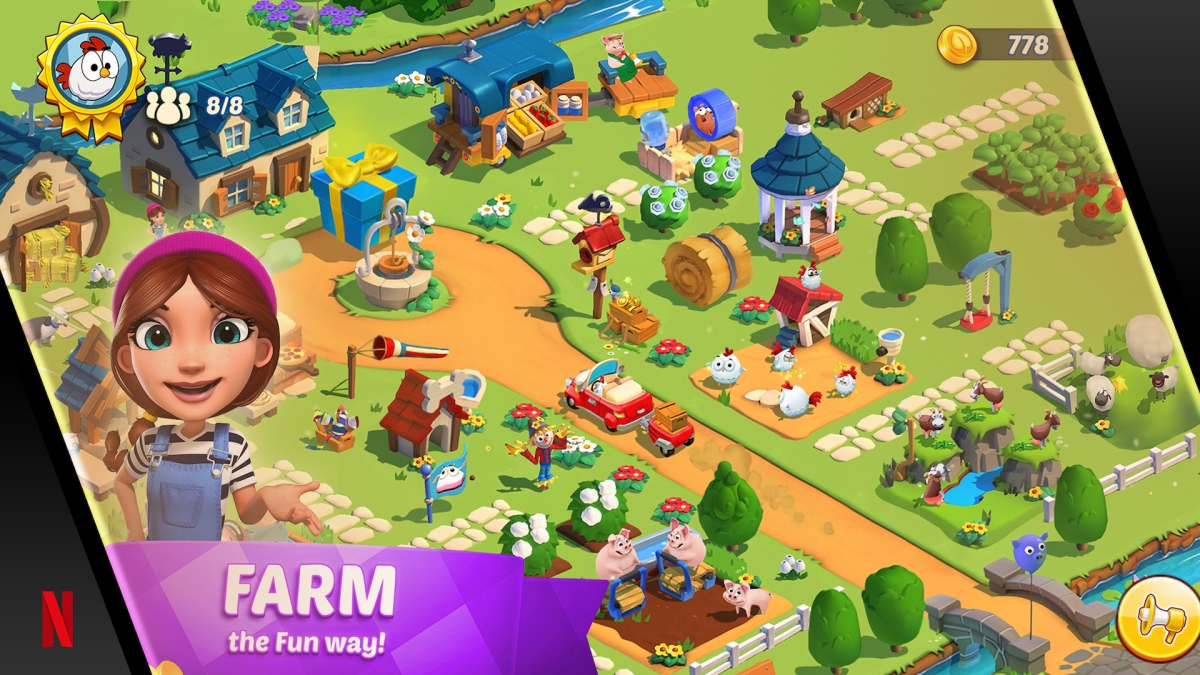 Netflix released nine more mobile games this month, the company announced on Tuesday. The addition of games brings Netflix’s total to over 40 titles, keeping the streamer on track to have more than 50 titles in its mobile games catalog by the end of 2022.

Gameloft released “Country Friends” in 2015 when FarmVille and Hay Day were at their peak. “Country Friends” offers the same experience as the other farm management games, but it’s likely Netflix hopes that players will want to check out the game for yet another way to fulfill their farmer fantasies.

The streaming giant tends to rely on well-known games and IP to beef up its library. For instance, Netflix released the “Hello Kitty Happiness Parade” yesterday, November 29, which feels like a slower version of “Subway Surfers” and “Temple Run.” Featuring adorable characters from the Sanrio universe, such as Hello Kitty, My Melody and Pompompurin, “Hello Kitty Happiness Parade” lets players join Hello Kitty’s friends in a festive parade where they can show off their dance moves. Players must avoid traps set by Kuromi and Nyanmi to keep the party going.

Only Netflix subscribers can play its mobile games. However, there are no extra fees, ads, or in-app purchases. The games are available on iOS and Android devices and can be found within the Netflix mobile app. Once you click on a game, you will be redirected to the app store to download the game separately. You must have your Netflix login information to play.

As we’ve previously learned, a reported average of 1.7 million users play Netflix games daily, which is less than 1% of its streaming subscriber base. Despite this, Netflix continues to invest in gaming. Last month at TechCrunch Disrupt, Netflix VP of Gaming Mike Verdu revealed that Netflix was opening a new studio in Southern California and is venturing into cloud gaming.

Also, earlier this month, Netflix added “Triviaverse” to its interactive series lineup. Players must answer questions as quickly as they can using the TV remote before time is up.

You Can Still Poke People On Facebook. Here’s How.

Where Is The Ethereum Price Headed Next After Clearing This Resistance