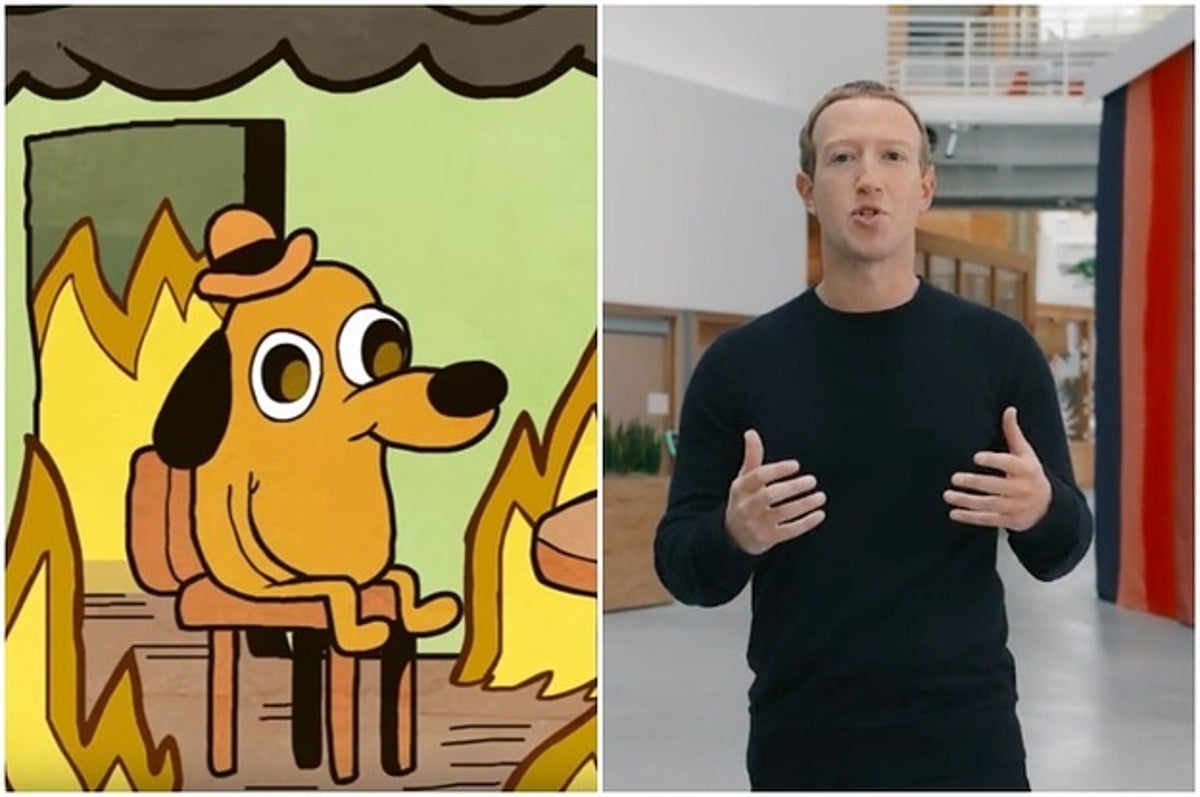 Facebook has a new focus and a new name to go with it: Meta.

At a Thursday event showcasing the company’s turn toward virtual reality, CEO Mark Zuckerberg said the world’s biggest social network will now be part of an umbrella company named Meta. Divisions under Meta will be Facebook (the website and app), WhatsApp, Instagram, Oculus, Portal, and others. The announcement was made at the Facebook Connect conference.

“Our brand is so tightly linked to one product that it can’t possibly represent everything we’re doing today, let alone in the future,” Zuckerberg wrote in a letter announcing the change.

According to Zuckerberg, the name reflects Facebook err— Meta’s ambitions in virtual and augmented reality, which he’s calling “metaverse.” Facebook’s vision for what could evolve into the next “internet” is strikingly ambitious: a group of virtual spaces where users will summon avatars to work, play, and consume media. But it’s hard not to see this showy pivot as a distraction from what is arguably the worst PR nightmare in the company’s history: a series of corporate leaks from a former employee, Frances Haugen.

Thursday’s keynote presentation showed off Facebook’s plans for various parts of the metaverse: VR concerts and afterparties; surfing, fencing, and table tennis in augmented reality; and other gaming experiences on the Oculus. Facebook is also is betting that people will use VR for work and school. Zuckerberg suggested that if VR meetings allow us to skip a flight for a work meeting, it will be a boon to the environment.

“In this future, you will be able to teleport instantly as a hologram to be at the office without a commute, at a concert with friends, or in your parents’ living room to catch up,” Zuckerberg wrote. “This will open up more opportunity no matter where you live. You’ll be able to spend more time on what matters to you, cut down time in traffic, and reduce your carbon footprint.”

Earlier this summer, Zuckerberg pitched the metaverse as a next phase of the internet — a replacement, even. It’s the latest in a line of utopian promises from the head of the company. But those promises have always had a dark side. Facebook has never been good at dealing with safety and policy at scale. Its platform has brought with it a lot of horror and political chaos. The company has often failed to anticipate the negative consequences of its business. The idea that Facebook will be owning and operating the entire architecture of a “new internet” raises obvious concerns around privacy, safety, and competition.

Historically, the company has often failed to anticipate the negative consequences of its business.

The rebrand comes after a brutal month of bad press about Facebook after a former employee leaked to the press thousands of internal documents, revealing a pattern of decisions that prioritized growth over internal warnings about the dangers of the platform.

The Verge first reported last week that Facebook was planning to rename itself. BuzzFeed News ran a poll and asked readers asking what the new name should be. The winning result was “Oops We Facilitated Genocide.”

“How can you understand life if you don’t look at it live?” — Eikon Therapeutics rakes in $518M – TechCrunch