Facebook Portal Go Is Great For Kids, Except For One Thing (Review)
Advertisement 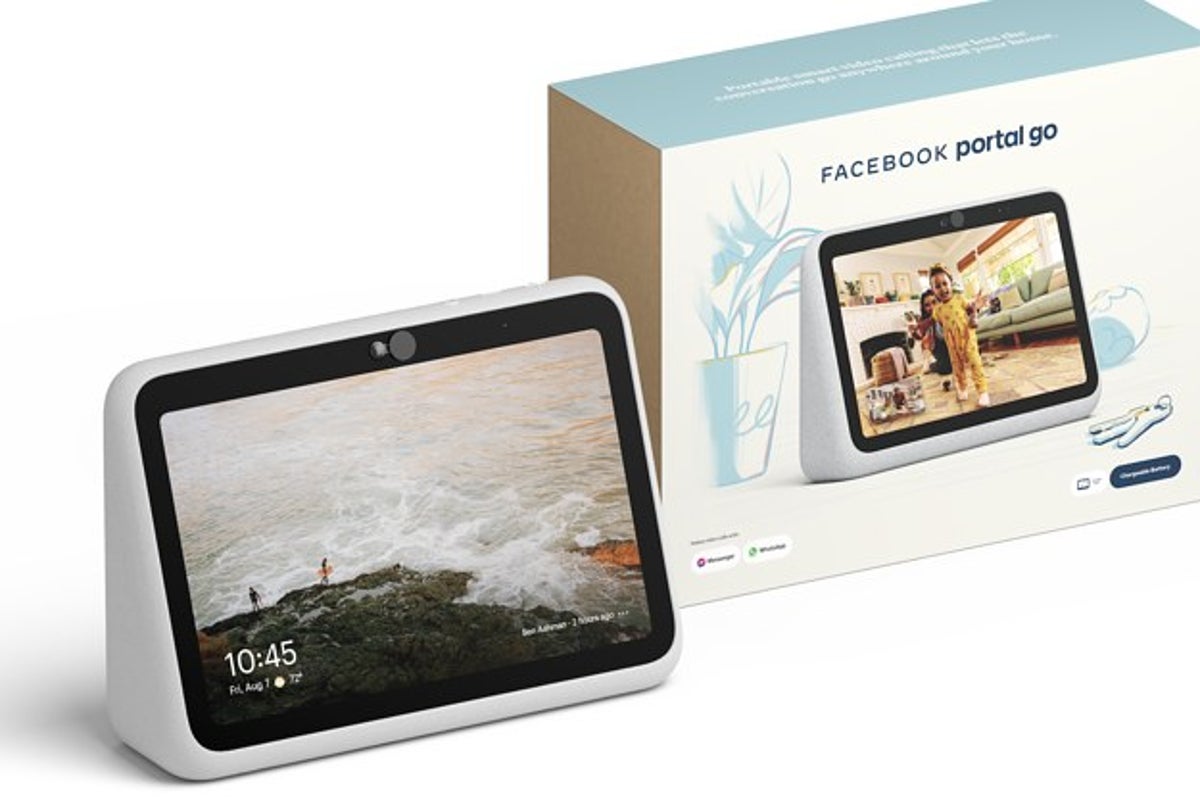 It’s impossible to turn off the option to let kids watch movies and videos during calls with Grandma. [Update: Facebook says that it will change this feature starting in December.]

“It’s my Portal, just made for kids!”

My 5-year-old had only been using Facebook’s new Portal Go for 15 minutes, and already he looked like he was starring in an ad for it. He’s spent a lot of time chatting with his grandmother on Portal TV, and he was delighted that this much smaller version was so portable. He carried it from room to room, excitedly chatting away. He put it on the floor to demonstrate a cartwheel. Later, I found it resting on a pillow as he showed off various Hot Wheels.

It was by far the best video chatting experience I’ve seen him have. Small children are not great at video chatting. Video calls from my phone always seem to end up with my son resting it on the floor and the other person staring up at the ceiling. Sit him down at a computer and he’ll inevitably wander away. But the Portal Go was perfect: small enough to carry around, easily placed on the floor or a couch thanks to its triangle shape, and featuring a wide-angle camera broad enough to capture a cartwheel.

Facebook says the battery can handle five hours of video calling; I didn’t attempt that much, but my one complaint is the charger, which rests underneath the device instead of plugging in. This means you can’t leave it to charge on its side or even on a soft surface like a couch. But the sound quality on the speaker is decent for music, the 10-inch screen is a good size, and at three pounds it’s hefty but not too much for a kid to carry.

I was elated. The Portal Go seemed to be a total game changer — a kid-to-grandparent communicator that gives kids some ownership of the device and allows them to be kids while using it (this is the first Portal device that doesn’t need to be plugged into an outlet). I was ready to sing the praises and tell you it was absolutely worth $199.

During the call with Grandma, my kid found Portal Go’s Watch Together function, which allows you to watch select video content (largely from Facebook) with friends. Since I have no interest at all in cowatching Facebook Watch videos with my own friends, I’d left this feature unexplored. When I’ve used the Portal TV, this was never an issue; I controlled the remote. But left to his own devices, my son tapped into it.

Big mistake. Before I knew it, he was watching some garbage video from “5 Minute DIY Hacks” about kids playing with fidget toys. This kind of low-quality content is rampant on Watch and YouTube Kids and is banned in our home. It’s not explicitly harmful, but it’s just cloying enough that we’d rather he didn’t watch it. I turned it off and told him that videos were off-limits.

Later, while he was having a video chat with another 5-year-old friend, I heard the unmistakable sound of reality TV on the Portal. Somehow, my kid had managed to find and play a clip of Big Ed from 90 Day Fiancé.

My joy — my child having a meaningful connection with faraway grandparents — was now my nightmare: my child having unfettered access to garbage video programming I couldn’t control.

Facebook Watch video content exists in two separate places in the Portal: as a stand-alone app and as a feature within a video call.

But hiding the Watch app while the Portal is at rest only solves half the problem. During a call, the Watch Together feature can’t be disabled — even in Household Mode. This means that you can always access some video content during calls.

It is possible deep within the settings to limit content to only G- and PG-rated content (no more Hellraiser thumbnails). That might sound reasonable, but in practice, it means my kid has access to, say, the Adam Sandler comedy Jack and Jill. I love the Sandman as much as the next yuckster, but I don’t love him as a role model for my kids, and I don’t want my kid having this backdoor access to movies he’s not old enough to watch.

In other words, Facebook created a perfect hardware device for kids, but made it accessible only via an adult account with the myriad and often inappropriate content choices that come with it.

Shortly after this article was published, Andrew Bosworth, head of AR/VR and Portal for Facebook, said that starting December it would be possible to disable Watch during calls.

(There is one workaround to this: If you make a video call through WhatsApp on the Portal instead of Messenger, there’s no Watch Together option. Another workaround is don’t have kids — my coworker also tested one out to chat with his friends and loved the device.)

This is a perfect encapsulation of a recurring Facebook problem. The company creates a compelling product, something to like even if you don’t “like” Facebook (let me count the reasons why: 1, 2, 3…never mind). And then it tries to cram some other dreadful Facebook product down your throat along with it. Force-feeding Portal Go users a dogshit Watch experience is just another version of putting the Reels button in the center of Instagram, where the button to post a photo used to be, or prompting you to repost your Instagram Stories to Facebook Stories

Facebook relentlessly tries to make “fetch” happen. Which is a reasonable business decision, but for the Portal Go, it creates a bad experience for small kids and their parents.

And make no mistake, the Portal Go is meant for kids. Its packaging includes a big ol’ photo of a mother and toddler using it to call Grandma. If we know anything about Facebook, we know how much it loves demographic targeting. We also know how horribly awry that can go. The company is currently under fire for its failure to protect teens from truly harmful content on Instagram.

Although there are settings that allow parents to have some control over what a kid using it can do, these settings are difficult to find within the Portal’s interface. “Household Mode” isn’t intuitive, and the setting to limit the G/PG ratings for movies is hidden so far down on the screen within the settings that it’s the one thing you have to scroll up to find — effectively hidden. I’m already an active Portal user, so I was basically familiar with its interface, and I still couldn’t figure these things out on my own; a friendly Facebook PR person had to give me step-by-step guidance. This reminded me of how a few years ago, Facebook’s privacy settings were hard for most people to understand and navigate, and Facebook eventually redesigned those settings to fix it.

Managing a young kid’s screentime can be a frustrating task, and it only gets harder and more nuanced as they grow older. I want to be able to have some control over what my kid watches and when. I love that Portal Go gives my kid the ability to have an independent conversation with his grandparent without much parent intervention. But I don’t want to have to worry he’s going to flip on some overstimulating slime videos or start watching Police Academy 50.

So, bottom line: The Portal Go is wonderful for kids, but you need to be vigilant in monitoring their access to videos. If Facebook were to add parental controls that allowed for the full disabling of Watch and Watch Together, it would be almost perfect.

Cable TV Is the New Landline