Covid-19 origins: Earliest cases in humans point to Wuhan market as the source of the coronavirus
Advertisement 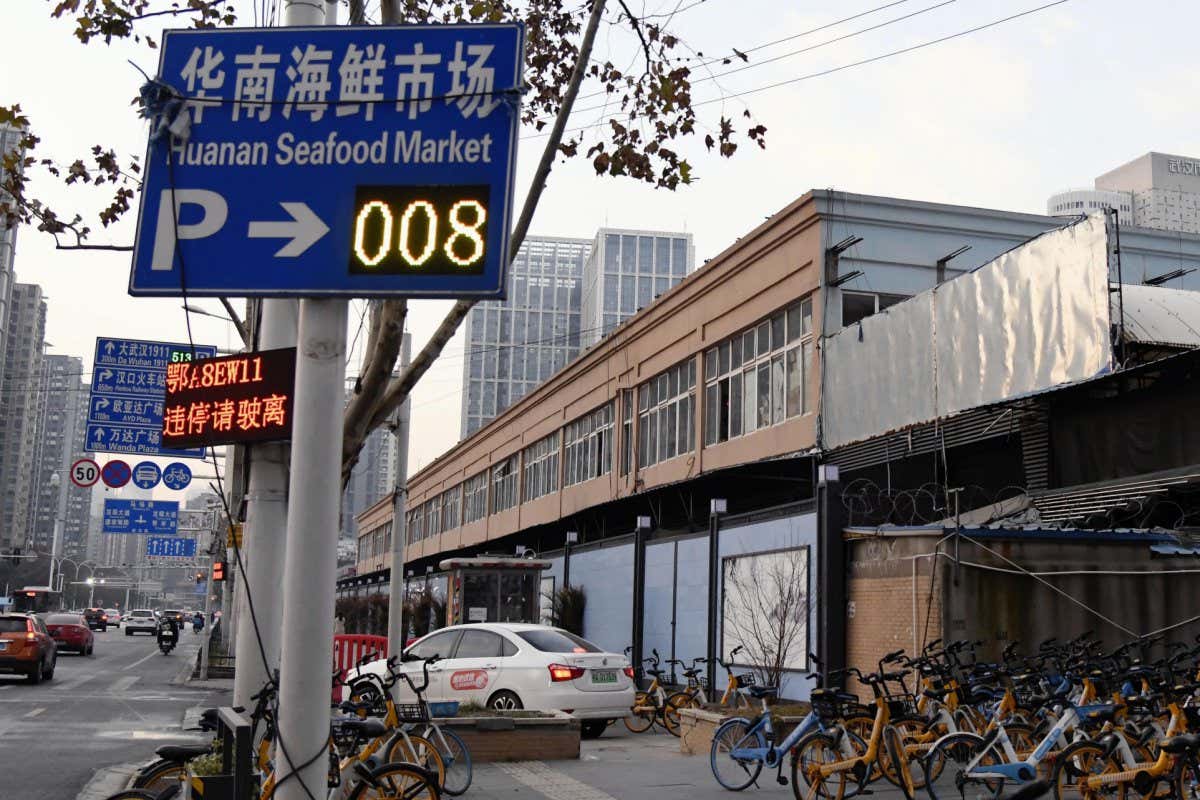 A fresh look at what we know about the first covid-19 cases shows that the earliest known instance was in a person who worked at the Huanan market in Wuhan, which was suspected as the source from the start of the pandemic

An analysis of what we know about the earliest covid-19 cases has strengthened the argument that the coronavirus pandemic began when animals at the Huanan market in Wuhan, China, passed the virus on to people. Among other things, it concludes that the first case was a woman who worked as a seafood vendor at the market, who became ill on 11 December 2019.

It is clear that the SARS-CoV-2 virus derives from bat coronaviruses. What isn’t clear is where, when and how it got from bats into people. It has been suspected right from the start that live animals at the Huanan market might be the intermediate host, as the initial cases were clustered around this site.

A World Health Organization report on the origins of SARS-CoV-2, published earlier this year, states that the first person known to have covid-19 became ill on 8 December and had no connection to the market. This was partly why the report concluded that no firm conclusion about the role of the market could be drawn.

However, this man – a 41-year-old accountant living 30 kilometres away from the market – went to hospital on 8 December because of dental problems and only developed covid-19 symptoms on 16 December, says Michael Worobey at the University of Arizona in his analysis.

These dates are confirmed by media interviews with the accountant, hospital records and a scientific paper, Worobey says. That means that the earliest known cases were indeed linked to the market, with the first being the seafood vendor who became ill on 11 December.

Why this isn’t in the WHO report is unclear, as the team did speak to the accountant. “My guess is that they were told that this was the ‘December 8’ patient and just accepted it as read,” Worobey says. “But it would be interesting to learn more about that interview, for sure.”

When asked if their report had got it wrong, a WHO spokesperson said it was difficult to comment on particular cases. “The team did meet with some early patients, but those were not epidemiological interviews collecting health data that would put them in the timeline,” the spokesperson told New Scientist. “Those interviews were done by Chinese authorities in 2020.”

Overall, according to the WHO report, a third of 168 retrospectively identified cases in December had links to the Huanan market. This is in line with what one would expect if the market was the source, Worobey says. Because the original SARS-CoV-2 virus was highly infectious and could spread asymptomatically, many cases would soon lack a direct link to the source.

However, it has been suggested that this apparently strong link to the market is due to bias, because once authorities were alerted on 29 December, they specifically began looking for cases linked to the market.

Worobey says this can be checked by looking at what happened at the three hospitals where doctors first realised something was amiss. They had identified 19 unexplained pneumonia cases, of which 10 were linked to the market, before higher authorities were alerted.

“There was a genuine preponderance of early covid-19 cases associated with Huanan market,” he writes.

What’s more, not only are many early cases linked to the market, they are specifically linked to the western part of the market where live animals such as raccoon dogs were housed. Raccoon dogs are a potential intermediate host – they can be infected by SARS-CoV-2, but display few symptoms.

“Combined, this is compelling evidence that covid-19 has a live-animal-associated market origin much like the first SARS virus,” says David Robertson at the University of Glasgow, UK. “Whether the initial transmissions were from animals to customers in the market, via vendors or both is hard to say.”

Not everyone agrees. “There is nothing new in this article which could make a natural origin of SARS-CoV-2 more likely than a laboratory one,” says Rossana Segreto at the University of Innsbruck in Austria.

But other recent findings have weakened the case for a lab origin, which some researchers say was never strong. In particular, coronaviruses that are the closest match yet found to SARS-CoV-2 have been discovered in bats in Laos. These wild viruses have features in common with SARS-CoV-2 that some had claimed could only have arisen in a lab during so-called gain-of-function experiments, showing these features can and do evolve in the wild.

Vaccination as the price for taking part in society | Letters