Coca-Cola Just Got Sweeter. The Stock Looks Like a Buy.
Advertisement 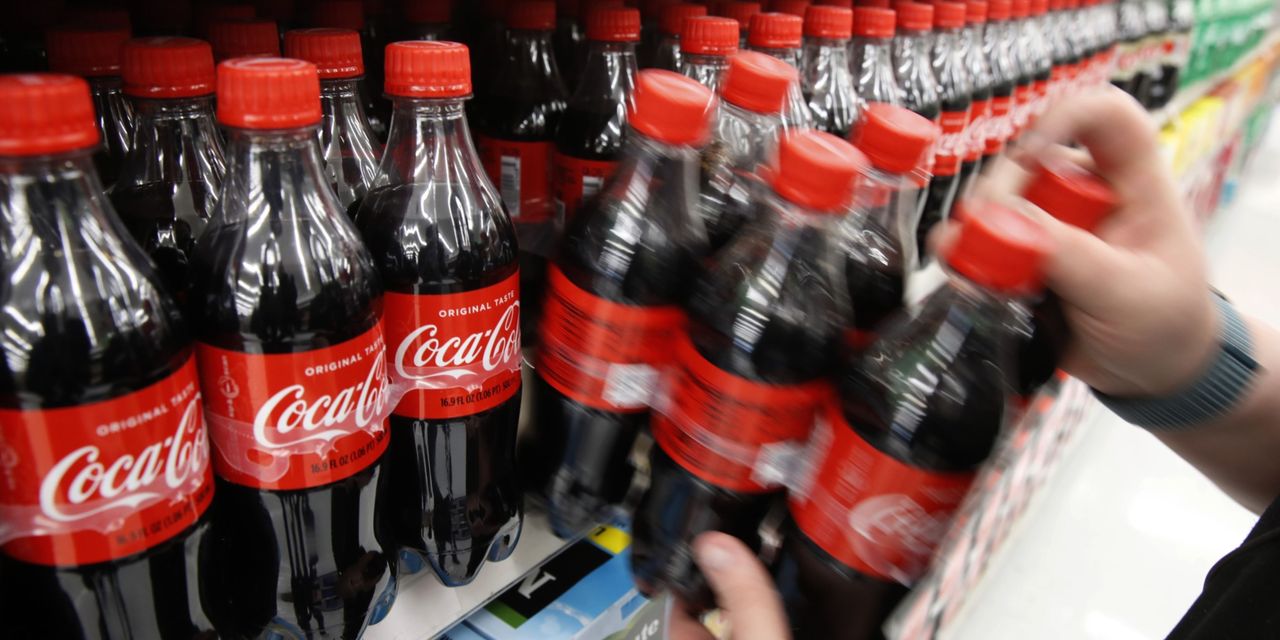 stock finally has its fizz back after reclaiming its Covid-era highs. Its shares should keep climbing.

The postpandemic world hasn’t been easy for the beverage maker. While the

What a difference a new year makes. Coca-Cola has had a rip-roaring start to 2021, gaining 1.9% to close the first week of January at $60.33, finally busting through to a new high. It’s also outpaced Pepsi, which gained just 0.2% this past week. Don’t be surprised if that outperformance continues.

Coca-Cola had plenty of headwinds following the onset of the pandemic. It relies on restaurants and other venues for a larger portion of its sales than Pepsi, and it was also shuttering smaller brands like Tab, Zico coconut water, and Odwalla, as well as some regional brands, over the course of the year. Nor does the beverage titan have the enormous snack business of Pepsi’s Frito-Lay.

All this, however, should make 2022 a better year for Coca-Cola, writes Guggenheim analyst Laurent Grandet, who upgraded the stock to Buy from Neutral this past Tuesday. He notes that the so-called on-premise business is improving at a faster-than-expected pace, while the company has become more focused on what is working. Emerging markets are also improving. As a result, Grandet sees Coke’s earnings per share growing at a 12% annualized clip through 2023, hitting $2.71 that year. That should help drive the stock higher.

Coca-Cola also has room for its valuation to increase. It trades at 24.8 times 12-month forward earnings expectations, according to FactSet, a discount to Pepsi’s 25.8 times. “[We] think the shares will catch the lost ground in early ’22,” writes Grandet, who raised his price target to $66.

It’s not all clear sailing. Looming over the company is a tax dispute with the Internal Revenue Service that could result in a $12 billion hit, says CFRA analyst Garrett Nelson. While that’s frightening, he argues that Coke should be able to offset it with improved concentrate sales and better pricing.

“In our view, the pending resolution of its IRS tax case…will lift a major overhang, allowing investors to focus on KO’s fundamentals and strong underlying momentum from the rebound in on-premise sales and robust pricing environment,” writes Nelson, who also upgraded Coca-Cola stock this past week. He sees shares trading to $68, up 13% from Friday’s close.

To which we say, have a Coke and a smile.

Write to Ben Levisohn at Ben.Levisohn@barrons.com

Diving SPACs Are a Warning for Aerospace Startups